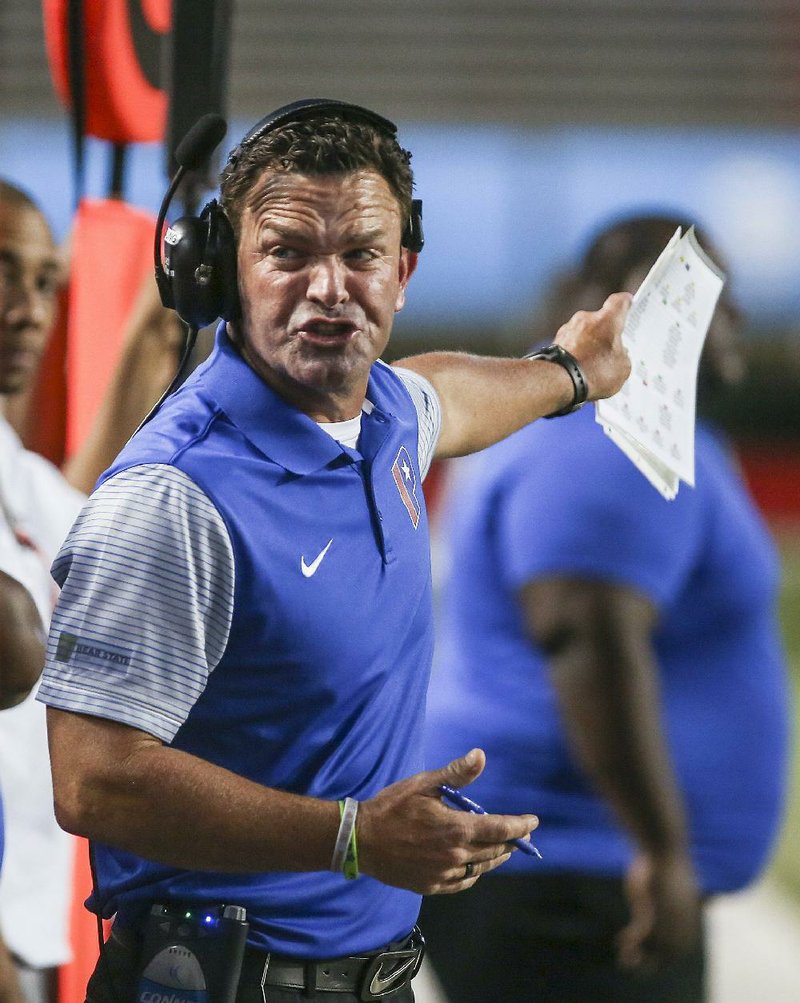 Little Rock Parkview Coach Brad Bolding said his team is ready for its move to Class 6A next season. (Arkansas Democrat-Gazette file photo)

Little Rock Parkview may be moving up a classification, but Coach Brad Bolding said he believes the Patriots are in good position for the jump to Class 6A for the 2020 season.

It's a return to Class 6A for the Patriots after spending four seasons in Class 5A, but it's the first time that Bolding, who has been at Parkview since 2017, will be coaching the team at that level.

The Patriots played in the 5A-Central Conference, a league that features the last two schools to win the Class 5A state championship -- Pulaski Academy (2014-17, 2019) and Little Rock Christian (2018). With key returners such as senior tight end Erin Outley (43 receptions, 681 yards, 8 touchdowns) and senior quarterback Landon Rogers (99-of-182 passing, 1,661 yards, 19 touchdowns, 2 interceptions), Bolding said the Patriots are poised to return to the playoffs after a one-year absence.

"We respect the programs we all play," Bolding said. "PA and Little Rock Christian can beat anybody. We've been in one of of the toughest conferences.

"6A is going to be tough. But with what we got coming back, we feel like we have a chance to be really good."

Depth is a point of emphasis for Bolding and his coaching staff as the Patriots head into Class 6A and their first game Sept. 4 at the new Little Rock Southwest program led by Coach Daryl Patton, who has led teams to four Class 7A state championships.

"We want to have our best players on the field," Bolding said. "But we have to focus on one side of the ball. I don't care how good someone is. If a guy gets to take a break, he's going to have an advantage over the other guy.

"It will be a little different for us."

However, the coronavirus pandemic that has forced the Arkansas Activities Association to enforce an athletic dead period, putting a halt to in-person workouts for football programs. The dead period was put into place March 13 and is scheduled to run through April 17, the same date schools are scheduled to remain closed until because of Gov. Asa Hutchinson's order.

The Patriots, similar to most football programs, are making the best of the current situation. One advantage for Parkview, Bolding said, is that there is continuity with the program with him entering his fourth season at the school.

He said he hopes that it can play a role for the Patriots improving from their four-win season a year ago.

"It [the offseason] had been going really well," Bolding said. "We were making strong gains and speed gains. The kids were really about into what we're doing. We were starting to turn a corner.

"We're going to stay engaged with them. We've tried to take advantage of it [the technology]. The players are looking forward to being back." 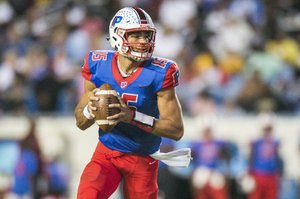 Landon Rogers threw for 1,661 yards and 19 touchdowns last season for Little Rock Parkview, which will be moving up to Class 6A next season after spending the past four seasons in Class 5A. (Arkansas Democrat-Gazette file photo)