Key cog for ASU to transfer 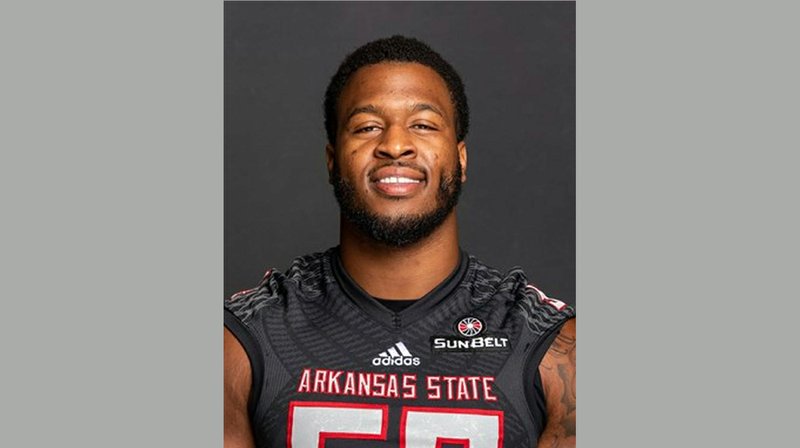 William Bradley-King, a 6-4, 248-pound starting defensive end, announced on Twitter that he intends to transfer from the program.

"Arkansas State has given me the opportunity to further my education and graduate with a bachelor's degree while playing the game that I love," Bradley-King said in a statement. "I have met some of the most amazing people here who have helped me to become the man I am today, and each one of you holds a special place in my heart.

"I have always dreamed of being in the NFL, and I still plan to do so. I leave blood, sweat, and tears on every field I touch and give it my all on and off the field. After a lot of prayer and conversations with my loved ones, I have decided to enter the graduate transfer portal so that I can move forward with pursuing my lifelong dream." "Thank you Red Wolves for all the love, support, and memories. I hope you will continue to support me as I transition to this next chapter in my life."

Bradley-King -- who would have been a fifth-year senior at ASU next season and will be able to play immediately wherever he transfers -- was a first-team All-Sun Belt Conference selection in 2019. He finished the season ranked second in the conference in sacks with 8 1/2 and fourth in tackles for loss with 13 1/2. He also tallied 49 total tackles and forced three fumbles.

As a sophomore in 2018, Bradley-King finished with 33 total tackles, 9 1/2 tackles for loss, 6 sacks and 2 forced fumbles, en route to becoming a second-team All-Sun Belt selection.

The Kansas City, Mo., native played in 30 games in his ASU career with 16 starts. He finished with 89 total tackles, 25 tackles for loss and 15 1/2 sacks, as well as 6 fumbles forced and 3 fumble recoveries.

"Well, it's [a] huge [loss], but that's the nature of the environment we're put into these days. With the rules as they are, it's something that's available for him to do," ASU Coach Blake Anderson told the Arkansas Democrat-Gazette on Friday. "Our team and his teammates that he's leaving behind will have to step in and fill in the gap, and somebody else will get their opportunity."

Anderson said Bradley-King first spoke to him about transferring Wednesday. The defensive end had missed all of ASU's spring camp, which was cut short due to the coronavirus outbreak, with a wrist injury.

"He gave me every indication back in January that he wanted to be here helping this team win a conference title," Anderson said. "Two days ago, he changed his mind, and that he's headed into the portal and is open to be recruited."

ASU's defense was plagued heavily by injuries in 2019 and was statistically one of the worst units in the Sun Belt. That side of the ball already had key senior departures in defensive tackle Kevin Thurmon, cornerback Jeremy Smith, nickel backs Darreon Jackson and Logan Wescott, and safety B.J. Edmonds. 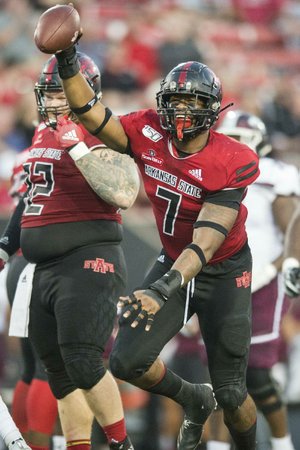 Arkansas State defensive back William Bradley-King announced on Twitter that he intends to transfer from the program. (Arkansas Democrat-Gazette file photo)