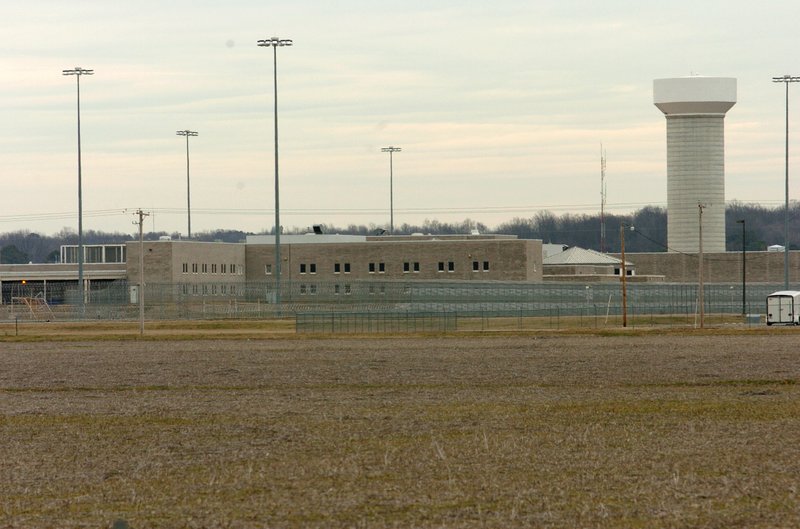 A team from the U.S. Centers for Disease Control and Prevention was due to arrive in Arkansas on Tuesday night to respond to the rapidly escalating outbreak of covid-19 at a federal prison complex in Forrest City, officials said.

The team comes as the number of cases among inmates at FCI Forrest City more than doubled in 48 hours: from 10 cases reported Sunday to 24 reported Tuesday by officials at Gov. Asa Hutchinson's daily news conference on the coronavirus pandemic. Five staff members were also reported to have tested positive for the virus, up one from Sunday.

But a tally maintained on the Federal Bureau of Prisons website still reported late Tuesday that 18 inmates and four staff at the complex were infected. No one at the prison or federal agency returned a phone call or email seeking more information about what was happening or to explain the discrepancy in figures.

State Health Secretary Nate Smith said at Tuesday's news conference that his office planned to meet with the CDC team this morning, after which "they'll be proceeding to Forrest City to assist the prison in their containment efforts and then also to help us assure that an outbreak doesn't spill over into the surrounding community."

Nationally in the federal prison system, 241 inmates and 73 employees of the Bureau of Prisons were reported to have tested positive for the coronavirus, according to the agency's website. Eight federal inmates have died from the virus, none of whom were at Forrest City.

While the number of cases at the federal complex in Forrest City has grown, state officials continued to report Tuesday that no cases have been identified among the more than 16,000 prisoners held at state prisons.

The number of state inmates who have been tested for the virus also remained unchanged since last week: two. Both tests were reported to have returned with negative results.

A spokeswoman for the Arkansas Department of Corrections said Tuesday that seven agency employees have tested positive for the virus, including three prison security workers.

The first case reported in the state's prison system was a farm worker at the Cummins Unit who tested positive last week. Since then, spokeswoman Dina Tyler said, the agency has stopped identifying the units where employees have tested positive, citing health privacy laws.

"We don't want to run the risk of having them identified," Tyler said.

The vast majority of inmates at state prisons live in open-style barracks, where officials fear that a respiratory illness like the coronavirus could spread rapidly.

"Once it gets in, it will be disastrous," Corrections Secretary Wendy Kelley said last week.

As an added precaution, the inmates working at the Cummins Unit sewing shop began making masks last week that can be distributed to both staff members and the inmates living in barracks. The prison shop is still in the process of making and distributing thousands of masks, Tyler said.

"As soon as we get enough made, we sent them somewhere," Tyler said.

Officials at both the Bureau of Prisons and the complex in Forrest City declined to answer repeated requests for more information from the Arkansas Democrat-Gazette in recent days.

For that reason, it was unknown Tuesday how many of the federal prison's inmates had been tested or if any had been hospitalized.

"With different jurisdictions implementing different testing protocols, and some inclined to forgo routine testing in order to manage limited testing resources as the COVID-19 outbreak continues, we do not plan at this time to provide those figures," a spokesman for the Bureau of Prisons said in an email Monday. "Please note that inmates presenting as symptomatic are isolated in accordance with CDC and public health directives."

As reports emerge of cases in the federal prison system, a number of attorneys have begun petitioning the U.S. District Court for the Eastern District of Arkansas to have their clients granted temporary reprieves or compassionate release over health concerns.

In one such case, 59-year-old John McLean of Little Rock was due to report to the Bureau of Prisons today to begin serving a 21-month sentence for wire fraud. After previously denying his request for an extension, U.S. District Judge James Moody on Tuesday signed an order delaying McLean's report day until May 15.

Attorneys for Earnes Lee Smith, an 83-year-0ld inmate serving at the federal penitentiary in Terre Haute, Ind., filed a motion for his compassionate release Tuesday, arguing that a "plethora" of medical conditions, including diabetes and kidney infection, makes Smith especially vulnerable to the virus. Smith was convicted in a murder-for-hire plot that took place in Beebe in 1992.

Smith's attorneys want him released to his daughter in Arcadia, La.

"He now needs the opportunity to be released to his family members, rather than facing the real possibility of being infected and dying in prison as a result of something that could have been avoided," the motion stated in part.

Information for this article was contributed by Joseph Flaherty of the Arkansas Democrat-Gazette.