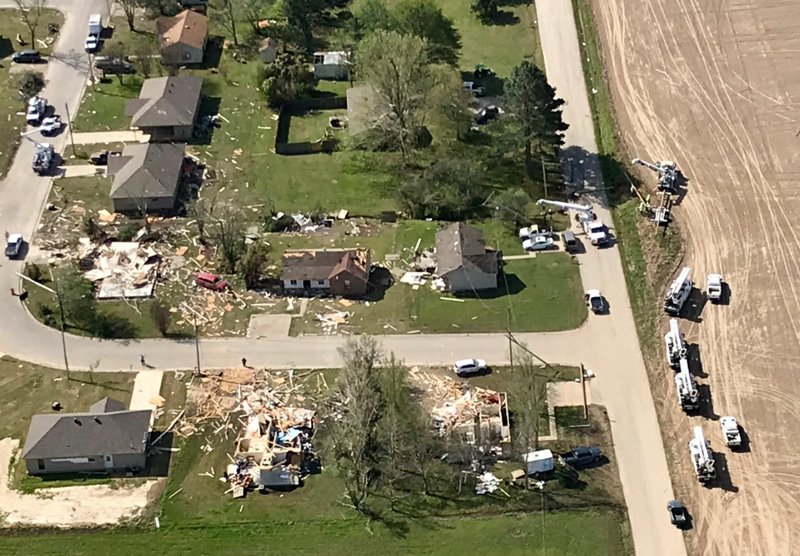 Storm damage in Harrisburg is seen in this aerial photo taken on Thursday morning.

A tornado touched down in Poinsett County on Wednesday night as storms moved through the region and damaged multiple homes.

Meteorologist Kole Fehling with the National Weather Service in Memphis said a tornado was confirmed in Poinsett County, and crews were sent out Thursday morning to determine its strength and path.

Gov. Asa Hutchinson said in a tweet Thursday morning that no one died in the tornado, which touched down shortly before 8:30 p.m. It wasn't immediately clear if any injuries were reported.

I received reports from @AR_Emergencies that no lives were lost in last night's tornado in Poinsett County - something to be very grateful for. Local & state response teams are continuing to assess the damage and assist. 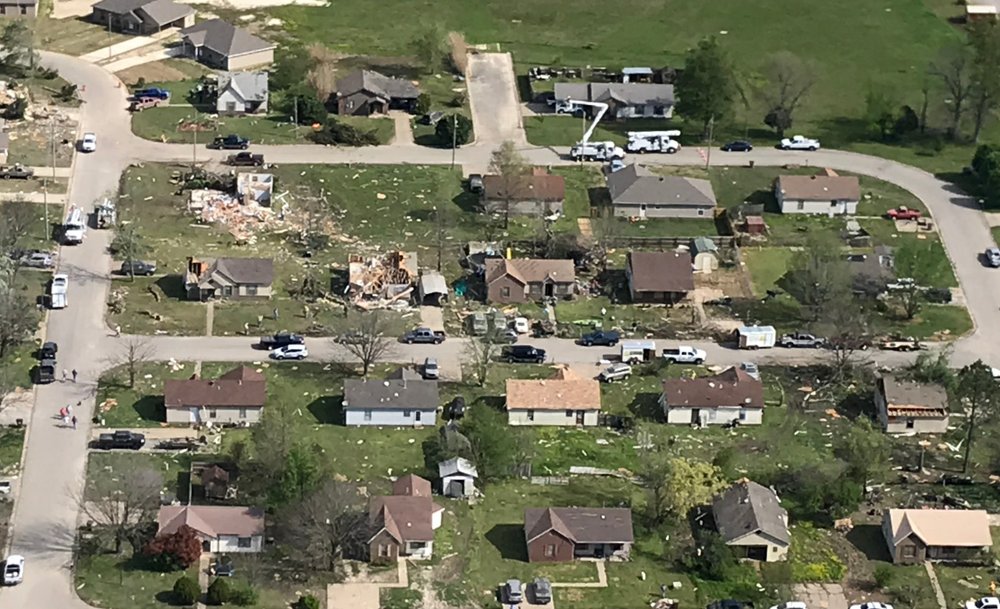 Storm damage in Harrisburg is seen in this aerial photo taken on Thursday morning.

Tornado activity was also reported in Craighead County. Fehling said it is possible it was the same tornado that damaged Poinsett County but not necessarily. Crews will be investigating those reports as well, he said.

Meteorologist Heather Cross with the weather service in North Little Rock said hail as large as 2.75 inches, or roughly baseball size, was reported in Lawrence County.

Additional information on the storms will be available once survey crews complete their work tonight, Fehling said.

More severe weather may also be on the way for Arkansas, Cross said, as forecasters predict strong storms Sunday.

She said it is too early to predict what the main threats might be, but models indicate the main area at risk in Arkansas will be the southern third of the state.