Onus put on police to cut out caravans in Little Rock 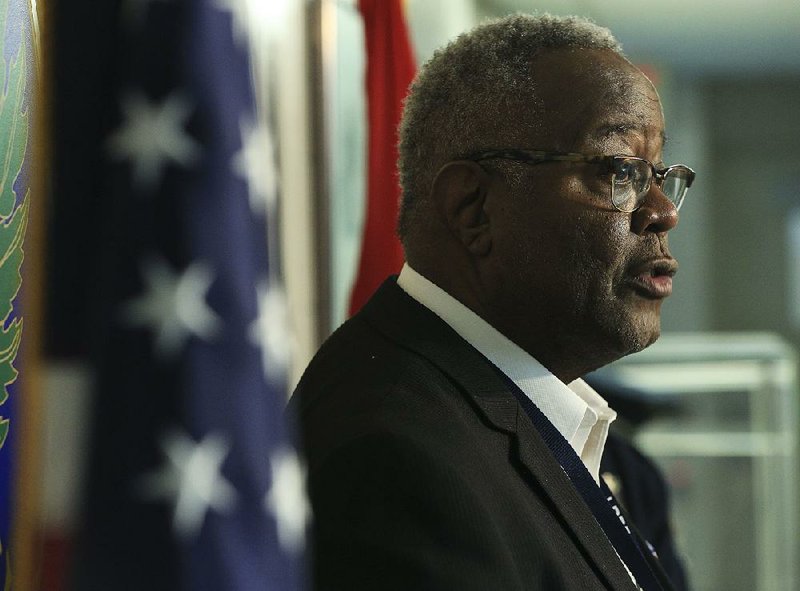 Scott issued the order in response to several large gatherings that occurred over the weekend, which he said could have exposed many people to the coronavirus.

"We've never had anything to the magnitude of what happened the other day," Humphrey said, referring to the caravan of vehicles near Asher Avenue and South University Avenue that was captured on social media video.

Scott's order prohibits a "group of five or more vehicles" that travel together with the plan to leave the vehicles for "recreational purposes or purposes other than employment, medical visits or grocery shopping."

Little Rock police will monitor gatherings similar to the ones that occurred over the weekend, Humphrey said.

"We're talking about the individuals who are impeding major roadways, who are actually blocking off roadways so they can have drag races," Humphrey said. "Or they get out of their cars, and they park and things like that."

Humphrey said enforcement of the mayor's order against vehicle caravans doesn't necessarily extend to the recent practice of cars with well-wishers driving past the homes of isolated people celebrating birthdays or teachers driving past their sequestered students' homes as ways to say hello.

Police are not targeting those instances under the caravans ban, the chief said.

"I think it's on a case-by-case basis. I guess if you say by the letter of the law [those could be caravans], but I think those are the incidents where the officers will have to talk to those individuals and see," Humphrey said. "I think we're looking for more of an impeding type of violation."

Humphrey said the department's officers are going to do their best to maintain the personal freedom of residents while educating them about Centers for Disease Control and Prevention, state and city recommended practices in light of the pandemic and enforcing those practices.

Humphrey said he sees the mayor's order as a public safety issue since people congregating in large groups are exposing themselves and by extension their families to the coronavirus.

"You've got several components here," Humphrey said. "They're not adhering to the governor's recommendation of 10 [people] or less. You've got that, and then you've got the public safety where you are using a vehicle in an unsafe manner that could lead to the injury of someone."

Using cars in a dangerous manner is not the only thing police are concerned about.

Little Rock police are investigating an assault caught on video this weekend from those events and have yet to identify the victim of that incident. Humphrey urges anyone who knows the victim to report that information to the police.

"There was an assault that took place, and it was videoed," Humphrey said. "So, these are the type of things we're trying to prevent. It's a public safety enhancement project we're working on.

"My intention is to stop this from occurring period in the city," Humphrey said. "It's not just an Asher/University thing. It's all over the city."

The department began briefing patrol officers Monday on how to handle crowd and caravan violations, and what they should be looking for.

Before last weekend, Humphrey zeroed his force in on the "three Es" by having officers focus on engagement, education and enforcement, in that order, he said.

"When the warm weather comes up, you expect to have people out at the parks, but we have seen more than 10 people gathering up," Humphrey said. "And they have been very receptive to us basically informing them about the governor's recommendation and informing them why it's unsafe to do that."

Little Rock police did not issue any citations until late last week for adult curfew violations or those not practicing social distancing, according to Humphrey.

Humphrey said he spoke with Col. Bill Bryant of the Arkansas State Police on Tuesday about how to implement long-term solutions.

The agency will continue to support Little Rock force as needed and provide troopers when requested by any department in the state, according to state police spokesman Bill Sadler.

Print Headline: Onus put on police to cut out caravans