REVIEW: Take a load off, Robbie 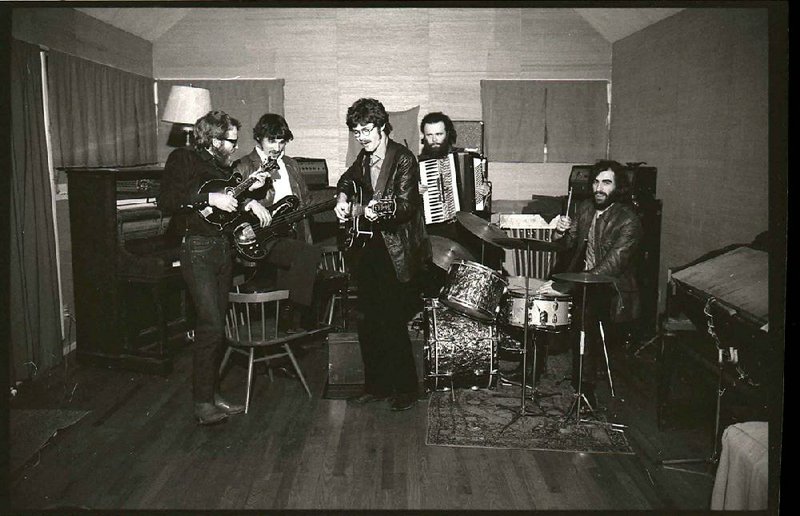 “The story of The Band was unique and so beautiful, and it went up in flames,” Robbie Robertson (third from left with the guitar) says in the new documentary, Once Were Brothers. The other members of the group, shown in this circa 1969 photo are (from left), Levon Helm on mandolin, Rick Danko on bass, Garth Hudson on accordion and Richard Manuel on drums.

Sometimes, it seems you have to choose between Levon Helm and Robbie Robertson.

This being Arkansas, there are probably more than a few who are ready to dog-cuss Robertson for drawing breath and royalty checks while his former bandmates in The Band -- only one of whom, Garth Hudson, is still alive -- had to struggle and scratch to make ends meet.

Once Were Brothers: Robbie Robertson and the Band

This film is available for rental on Amazon Prime and iTunes

Helm, of Turkey Scratch, the only drummer who could make you cry and a personal hero of mine, was especially vociferous in his denouncements of Robertson, alleging that he unjustly took credit for writing songs that were collaborative efforts and that he broke up the group when the others were willing and ready to continue.

"I want to be careful not to deny Robbie's contribution to all our careers," Helm wrote in his 1993 book This Wheel's On Fire: Levon Helm and the Story of The Band. "He was certainly a catalyst for what happened to The Band and deserves a place of honor in the history of our music. But to this day I don't fully understand why he had to let go of it the way he did. Some of us were going through bad times, and it was a sin not to reach out and help them if you were able ... It's sinful, the things that haven't been done for certain artists over the years. To me it was unforgivable."

Helm attacked Robertson as vainglorious, mocking him for showing up at their final concert in heavy makeup. He accused Robertson and Martin Scorsese of editing the film of that concert, The Last Waltz, the greatest rock 'n' roll concert film yet made, to make it look like Robertson was the undisputed leader of the group.

He even wrote that Robertson couldn't sing, that his microphone was routinely turned down during concerts, including the final one. ("The muscles on his neck stood out like cords when he sang so powerfully into his switched-off microphone," Helm wrote.)

Helm blamed Robertson for breaking up a glorious collaboration.

In Once Were Brothers: Robbie Robertson and the Band, a documentary directed by Daniel Roher that feels like a pleading for Robertson's innocence, Robertson once again argues that he was the only thing that was keeping The Band going as a musical concern in the 1970s, he was in fact the chief songwriter (largely because everyone else was too lazy or strung out on heroin to contribute) and he was just tired and needed a break from the drama. As he says in the film, he always assumed that The Band would get back together after The Last Waltz.

"The idea was ... we'd take care of each other," he says in the film. "And really come back together again to make music ... everybody just forgot to come back."

But in 1983, The Band did get back together and tour without Robertson; they even stayed together after the suicide of Richard Manuel in 1986. But they weren't a songwriting combine anymore, mostly they relied on their old catalog and material from outside writers. They certainly weren't the same without Robertson.

When Helm died in 2012, Robertson made a pilgrimage to his hospital bed. By the time he got there, Helm had lost consciousness. In Once Were Brothers, Robertson says he sat by Helm's bed, holding his hand. And that something was conveyed between them.

I know people who were close with Helm, and some of them thought ungenerous thoughts about Robertson showing up at the last minute to seek and/or offer absolution. You will not convince them that Robertson is not a front-running glory hog determined to rewrite history to flatter himself.

On the other hand, I don't know what else Robertson could have done. Brothers estranged are still brothers.

If you are not invested so deeply in the history of The Band, the greatest North American rock 'n' roll outfit ever, you might take Once Were Brothers as an exercise in nostalgia, an old rocker looking back fondly on youthful adventures and the companions with whom he shared them. It has great performance footage, interesting talking heads, and freighted music. It feels sentimental and bittersweet, with Robertson coming across as a thoughtful, respectful, vaguely professorial figure who, though he may be slandered, is determined to remain above the fray.

Others defend him, though we might wonder about what else they may have said. Ronnie Hawkins, who employed Robertson first as a 15-year-old songwriter before bringing him to Arkansas to be tutored by Helm in the ways of Delta music, explains that Robertson was always a songwriter, whereas Helm was a gifted "arranger."

You need both, Hawkins explains, but it's the songwriter -- the melody and lyrics guy -- who gets credit, copyright and royalties.

"In those days we didn't realize that song publishing -- more than touring or selling records -- was the secret source of the real money in the music business," Helm wrote in This Wheel's On Fire. "We're talking long term. We didn't know enough to ask or demand song credits or anything like that. Back then we'd get a copy of the album when it came out and that's when we'd learn who'd got the credit for which song."

But there's no question Robertson was a key creative engine of what would become The Band, even though it was Hawkins' band first, and then Helm's, and then Bob Dylan's touring outfit (which caused Helm to leave to work on a drilling platform in the Gulf of Mexico) before they became the mythic outfit they became. Robertson was in the thick of it, a supple and -- remarkably, in the time of bombast -- subtle lead guitarist, chief songwriter and the one who cared most about photographs and album covers and the like.

While it's not fair to blame Robertson for telling his story let's notice there are no hostile witnesses here. Bruce Springsteen raves about the music, Scorsese and Rolling Stone founder Jann Wenner attest to Robertson's seriousness of purpose and natural leadership, and Garth Hudson, the only other surviving member of The Band, either declined to be interviewed or wasn't asked. (Hudson has always existed as a gnomic Buddha-like presence, above all the chatter and noise.) Robertson's ex-wife Dominique is extensively debriefed, and she is delightful.

In the end, Robertson agrees that The Band "was a beautiful thing ... it went up in flames."

But it wasn't his fault.

I believe him, to a point. Richard Manuel, Rick Danko and Levon Helm were all difficult, talented people. Robertson was driven, a man with a vision who wanted his work to matter. Should he be faulted for being more conscientious than his bandmates?

If you've read Robertson's memoir Testimony, nothing in this film will surprise you very much, and if you swear by Helm's version you won't be persuaded by the case that's laid out here. But Robertson, as the last man standing, will have his say. 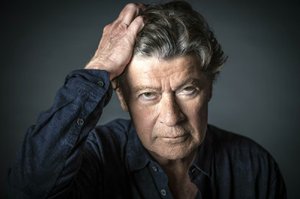 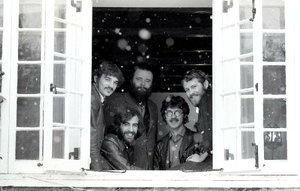 For a few years, four Canadians and an Arkansan combined to be the greatest North American rock ’n’ roll band. They were (from left) Rick Danko, Richard Manuel, Garth Hudson, Robbie Robertson and Levon Helm.