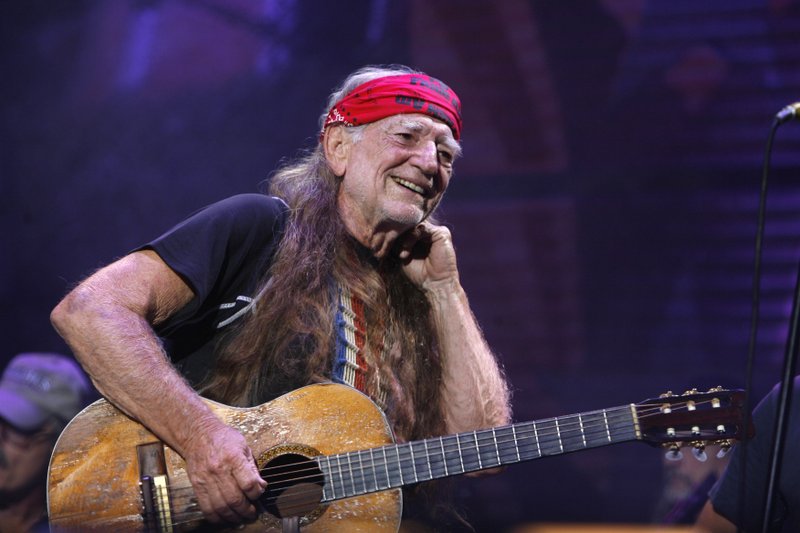 Willie Nelson performs at Farm Aid on Randall's Island Sunday, Sept. 9, 2007 in New York. With the world in the grips of the covid-19 health crisis, Nelson and friends are doing a special Farm Aid concert from their homes Saturday on AXS-TV. (AP file photo/Jason DeCrow)

Willie Nelson, John Mellencamp, Neil Young and Dave Matthews are teaming up to present At Home With Farm Aid, a special edition of the nonprofit organization's musical fundraiser to air at 7 p.m. Saturday, April 11, on AXS-TV, a U.S. cable channel for music broadcasting.

For an hour, Farm Aid President Nelson, with sons Lukas and Micah, along with Mellencamp and Matthews, will be performing from their own homes to raise money for farmers who have been affected by covid-19.

The concert is part of AXS' @Home And Social initiative, which aims to broadcast live performances from homes and studios, with proceeds benefiting those in need.

A Farm Aid news release says the organization has worked for family farmers for more than 30 years.

"The coronavirus has disrupted our entire country and is a grave threat to all of us," Nelson says in a news release. "One of its many impacts is that it has helped us to to better see the value of essential people like health care workers, grocery store clerks, delivery truck drivers, and farmers and ranchers.

"Farm Aid has worked for 35 years to build a family farm centered agricultural system, and we are here now to support farmers and ranchers in this crisis, without whom we could not eat. The time to build a resilient family farm food system is now!"

On Sunday, April 12, also at 7 p.m., AXS will air The Best of Farm Aid 2019, featuring 2½ hours of footage from last year's live broadcast, including performances by Nathaniel Rateliff & The Night Sweats, Tanya Tucker, Margo Price, Yola and Lukas Nelson & Promise of the Real, among others, and Bonnie Raitt's previously unaired performance of "Devil Got My Woman."

Viewers can make donations to Farm Aid at farmaid.org/donate.