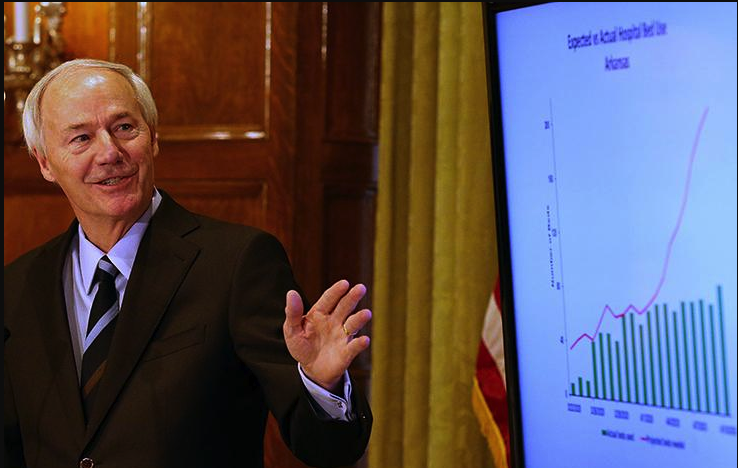 Gov. Asa Hutchinson uses a chart to show actual hospitalized patients and the projected number during his daily briefing about the coronavirus Friday at the state Capitol. More photos at arkansasonline.com/411covid/. (Arkansas Democrat-Gazette/Thomas Metthe)

Arkansans' death toll from the coronavirus rose by three for the second day in a row on Friday while the number of cases rose above 1,200.

Meanwhile, Anthony Fauci, the federal government's top infectious-disease expert, spoke with the governors of Arkansas and Wyoming on Friday morning and afterward praised their efforts to slow the spread of the virus in their states.

"They're doing the kinds of things that they don't get recognized, because people don't talk about them much, but we have a big country, we have 50 states, and it's not only the big cities," Fauci, director of the National Institute of Allergy and Infectious Diseases, said during a briefing by the White House coronavirus task force in Washington, D.C.

Arkansas' total reported coronavirus deaths rose to 24, while the number of cases increased by 56, to 1,202.

Fauci made his comments as Gov. Asa Hutchinson has faced criticism from some commentators about not imposing a statewide, stay-at-home order, as 42 other states have done.

During a town hall on CNN last week, Fauci questioned why all states haven't issued a stay-at-home order.

But during the phone call with Hutchinson and Arkansas Department of Health Secretary Nate Smith, Fauci didn't say that Arkansas should have such an order in place, Hutchinson said.

[Video not showing up above? Click here to watch » https://www.youtube.com/watch?v=wBLudh2M5KU]

That strategy, which Hutchinson described as a "targeted" approach, has included closing public schools; limiting restaurants to takeout and delivery only; closing movie theaters, hair salons and other personal-contact businesses; and prohibiting indoor gatherings of more than 10 people.

A directive issued last week also requires stores and other businesses that remain open to make sure people inside can maintain a 6-foot distance from one another; to provide hand sanitizer or another type of disinfectant near the entrance and in other areas; and to post a sign informing customers and employees that they should avoid entering if they have a cough or fever, stay 6 feet from others, sneeze or cough into elbows and avoid unnecessary physical contact.

"He said that he was very happy with what we're doing," Smith said of Fauci. "He said, 'You're doing the right things. You're a model for other states.'"

Smith said he noted to Fauci that the spread of the virus is likely to be slower in a rural state.

"We have a lower population density," Smith said. "It's going to take longer for us to get to our peak, and it's very important that whatever we do, we be able to sustain it not just for 15 days, probably not even for 30 days but for longer than that. As long as it takes."

Hutchinson said he was impressed that Fauci also wanted to know how Arkansans were responding to the restrictions.

"I talked about, we're looking forward to the day of getting open, of doing business again, but I think everybody understands what's at stake for our nation and they're shouldering up and doing very well," Hutchinson said.

As further evidence that the state's strategy is working, Smith noted that a report on Friday by the U.S. Centers for Disease Control and Prevention showed that Arkansas had one of the country's lowest increases in the number of its cases per 100,000 residents from March 31 to Tuesday.

That was the seventh-lowest increase among the states.

The state's rate on Tuesday was the 13th-lowest in the country, while its death rate -- 1.8% of those who had tested positive -- was the 15th-lowest.

At his daily coronavirus news conference, Hutchinson also noted that, two weeks earlier, Arkansas public-health officials had predicted that the state's cases would be at 3,500 by Friday -- even with the restrictions on social interaction in place.

"As you can see, Arkansans beat that," Hutchinson said, pointing to a chart showing the actual number of cases compared with the projections.

Smith also displayed a chart showing that it had taken about a week for the number of people who had ever been hospitalized with covid-19 to double the last time that happened, from late March to early April.

The last time before that, the number had taken five days to double, and before that it had doubled in three days, the chart indicated.

As of Friday, 86 Arkansans were hospitalized, an increase of 13 from the previous afternoon. Smith said that reflected 23 patients who had been newly admitted and 10 who had been discharged.

The number of Arkansans on ventilators increased by three, to 33.

In Pulaski County, which has the largest number of cases, the number of positive tests increased by 15, to 236.

Among those who tested positive in the state recently were 10 health care workers, raising the number of such workers with positive tests to 168, he said.

Richard "Doughnut" Richardson, a four-year starter at nose guard for the Razorbacks who died of covid-19 at age 60 on Thursday, was the first state employee to have died from the disease, Hutchinson said.

Richardson had been a substance-abuse counselor at the Central Arkansas Community Correction Center since June, Department of Corrections spokesman Dina Tyler said.

"He was quite the guy," Tyler said. "He was a good guy. It's just sad. I guess it kind of tells how ravaging covid can be, because this was a strong man who had been in good shape all his life."

Hutchinson said he had spoken to Richardson's family, who described Richardson as "the best nose guard in the history of Razorback football."

"Some people might dispute that, but that's the family pride in Richard Richardson," Hutchinson said.

Tyler said several Arkansas Community Correction employees who had recently had contact with Richardson were under quarantine.

A total of 13 Department of Corrections employees are being isolated after testing positive for the coronavirus. No state inmates have tested positive.

At the two federal prisons in Forrest City, the number of inmates listed as having tested positive increased on Friday by seven, to 30. That included an increase of six inmates in the low-security unit, to 26, and one in the medium-security unit, to four.

The number positive tests among staff members remained the same, at four.

Shirley Rodriguez, a 79-year-old widow from Hope, died of covid-19 on Wednesday at Wadley Regional Medical Center in Texarkana, according to a coroner's report. She became the first person from Hempstead County to die from the virus.

According to the report, Rodriguez was admitted to the hospital on April 2 with shortness of breath and fever and tested positive that day.

Patti Harris of Monticello, a 62-year-old mother of two, with nine grandsons, died of the virus at noon Friday at CHI St. Vincent Infirmary in Little Rock.

She was admitted March 23 with shortness of breath and later tested positive for the virus, according to a coroner's report.

Her husband of nearly 41 years, James, said she once made boat windshields at Custom Mold & Tint in Monticello but had been disabled for the past 10 years with severe chronic obstructive pulmonary disease.

She had been in and out of the hospital for the past three years, and her lungs had been reduced to about 28% of their original capacity before she even got the virus, he said.

"This added to it, but she was about gone anyhow," her husband said. "She knew it, I knew it. We were really stung with the virus, but that just speeded thing up."

At the daily news conference, health officials announce how many people died since the previous day, but don't identify them. Those details come from other sources, sometimes days after their deaths.

A coroner's report also identified Billy Joe Hilburn, 89, of Portia as one of the six Arkansas nursing-home residents who, according to the Health Department and coroner's reports, died from the virus.

Hilburn's brother, Jerry, said Billy Joe Hilburn had been transferred to Walnut Ridge Nursing and Rehabilitation on March 24 from a rehabilitation hospital in Jonesboro while recuperating from a fall.

Three days later, he developed a fever and sore throat and was tested for the coronavirus. The result came back positive March 29.

Those symptoms had gone away by April 3, when he rang a buzzer for a staff member to help him use the bathroom, his brother said.

"He was laying there, talking to them, kidding them, what not," Jerry Hilburn said.

But when the employees helped him sit up, he began having trouble breathing, Jerry Hilburn said. An employee turned up the oxygen he had been receiving through his nose, "but it didn't seem to make no difference," Jerry Hilburn said.

"He was still struggling to breathe, and he only did that less than a minute or so, and then he collapsed, and that was the end of it," Jerry Hilburn said.

He said it was a sudden turn for his brother, a retired truck driver who served in the Navy in the Korean War. Before the fall in his apartment in early March, Billy Joe Hilburn still liked to work on cars, his brother said.

The nursing-home staff "did not expect it to be this fast," Jerry Hilburn said.

"He was fine one minute and within five minutes' time, bang, he was gone," he said of his brother.

At the time, his brother was confirmed to have the coronavirus. Jerry Hilburn said he didn't know of any other residents at the home who had tested positive.

According to the state Department of Health, eight residents and two workers at the home had tested positive as of Friday. 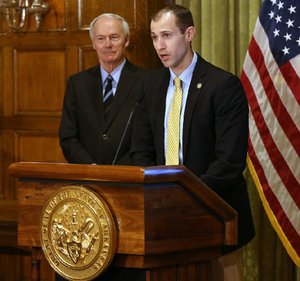 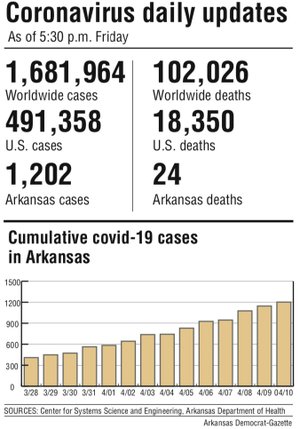