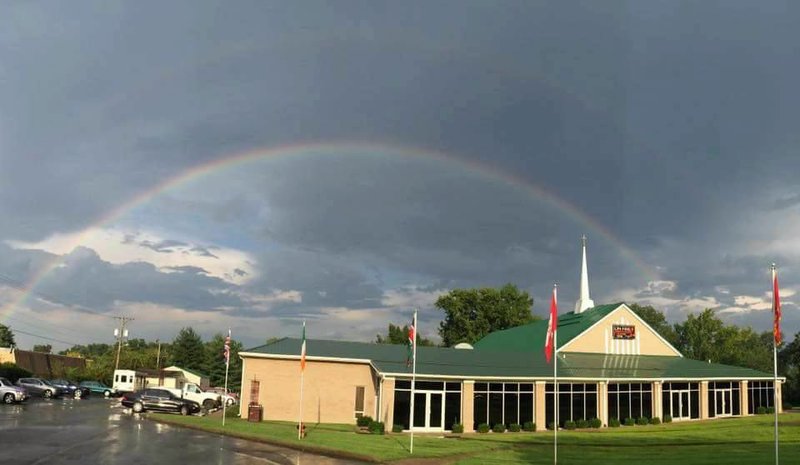 The ruling came as Republicans blasted Democratic Gov. Andy Beshear’s statewide plan to order people into quarantine if they attend mass gatherings, including religious ones.

On Fire Christian Church had sued Louisville Mayor Greg Fischer and the city after Fischer announced that drive-in style religious gatherings were not allowed on Easter.

U.S. District Judge Justin Walker sided with the church, saying that the city is prohibited from “enforcing; attempting to enforce; threatening to enforce; or otherwise requiring compliance with any prohibition on drive-in church services at On Fire.”

“On Holy Thursday, an American mayor criminalized the communal celebration of Easter,” Walker wrote in his 20-page opinion. “That sentence is one that this Court never expected to see outside the pages of a dystopian novel, or perhaps the pages of The Onion.

“But two days ago, citing the need for social distancing during the current pandemic, Louisville’s Mayor Greg Fischer ordered Christians not to attend Sunday services, even if they remained in their cars to worship — and even though it’s Easter,” Walker added, using italics for emphasis. “The Mayor’s decision is stunning. And it is, ‘beyond all reason,’ unconstitutional.”

Fischer had argued that drive-in church services weren’t “practical or safe” for the community. However, Walker noted that drive-thru restaurants and liquor stores were still allowed to operate.

Walker wrote that he “does not doubt that Mayor Fischer can satisfy his sincerely held religious beliefs by watching a service on the Internet. Millions of Americans will do that this Easter, and the Court does not doubt that they will be true to their own faiths.”

“At the same time, the Court does not for a moment doubt that for some believers Easter means gathering together, if not hand in hand or shoulder to shoulder, then at least car fender to car fender,” the judge added.

Walker said his role as a judge was “to explain, to teach, and perhaps, at least on occasion, to persuade. The Christians of On Fire, however, owe no one an explanation for why they will gather together this Easter Sunday to celebrate what they believe to be a miracle and a mystery. True, they can attempt to explain it. True, they can try to teach. But to the nonbeliever, the Passion of Jesus — the betrayals, the torture, the state-sponsored murder of God’s only Son, and the empty tomb on the third day — makes no sense at all.”

The 38-year-old Walker was confirmed last year despite having been deemed unqualified by the American Bar Association for a lack of experience, including never having been a counsel during trial. Walker was a former clerk for U.S. Supreme Court Justice Brett Kavanaugh, and President Donald Trump recently nominated him for a seat on the powerful U.S. Court of Appeals for the District of Columbia Circuit.

“Thank God for a judge who understands the First Amendment prevents the government from prohibiting the free government exercise of religion,” tweeted Sen. Rand Paul, R-Ky.

Beshear announced the plan Friday to prevent an Easter weekend acceleration of the coronavirus. While the new action will be applied to all mass gatherings — not just religious ones — some Republican leaders have pushed back, arguing it unfairly singles out religious services.

“Directing a uniformed presence at church services to record the identity of worshippers and to force a quarantine, while doing no such thing for the people gathered at retail stores or obtaining an abortion, is the definition of arbitrary,” Cameron said in a tweet on Saturday. At the same time, Cameron encouraged people to celebrate Easter at home and continue to practice social distancing.

Under the new action, people seen participating in mass gatherings in Kentucky this weekend will have their license plate numbers recorded by authorities, who will provide the information to local health departments. Health officials will contact each participant and require them to go into quarantine for 14 days.

Beshear, a deacon at his church, said the action was needed to protect the public.

The state had nearly 1,700 confirmed cases and 90 deaths related to the virus as of Friday.

Most people who contract covid-19 have mild or moderate symptoms, which can include fever and cough but also milder cases of pneumonia, sometimes requiring hospitalization. The risk of death is greater for older adults and people with other health problems.