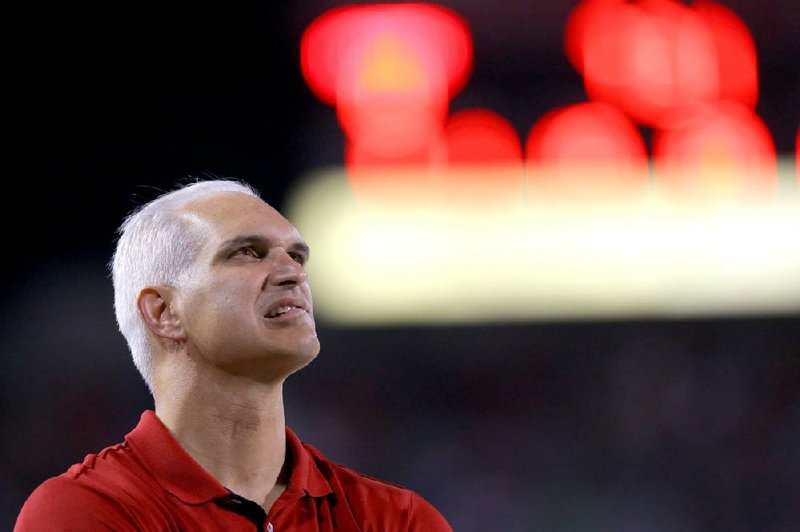 ASU Athletic Director Terry Mohajir said he’s in favor of preserving the entire football season as much as possible and delaying its start further in order to play, even if that means going into the spring. (Democrat-Gazette file photo)

It's the question that everyone in and around college athletics is fearing but no one can ignore.

What is going to happen to the college football season this fall?

The season may still be more than four months out, but what fallout will there be from the coronavirus pandemic on the sports world, let alone the American public, by then?

"I think everything's possible," Arkansas State Coach Blake Anderson told the Arkansas Democrat-Gazette. "I think playing on time, I think delayed, I think not playing -- I think they're all on the table because there's just so much unknown.

"I think the world would be hungry to see these guys play ball in the fall. I think there would be nothing more exciting than the ability to get back into a stadium on a Saturday afternoon and play the game and watch the game that we all love. There's just no way to know."

In the doomsday scenario that a season can't happen, it would unmistakably be financially devastating for athletic departments nationwide and carry significant repercussions, as the revenue that football programs generate for their respective departments is often the lifeline for other sports.

"I think it's concerning to all of us in this business, this industry, and I think people are gonna realize how important college football is to our athletics enterprises," ASU Athletic Director Terry Mohajir told the Democrat-Gazette. "One thing's [losing] the NCAA Tournament and the revenues we've lost there, but I think if there's not a football season, that's gonna create a lot more dominoes."

Athletic departments are already losing a significant amount of revenue with the heavily reduced distribution payout from the NCAA, a result of there being no men's basketball tournament this year. The NCAA announced last month that it was cutting this year's distribution to Division I conferences and schools from what would have been a total of nearly $600 million to $225 million, a shortfall of roughly 63%.

Mohajir said ASU would have collected around $720,000 in distribution money, but now it's estimated to be $245,000 this year, roughly a 66% reduction. Mohajir said that's resulted in freezes on the athletic department's hiring and non-essential spending.

ASU is already exploring the potential for no flights and only bus travel for its sports teams, except for football, next season, Mohajir said, an effort to curtail budget expenses.

Next year there is already expected to be increased costs regarding scholarship aid, as senior athletes in spring sports were recently granted an extra year of eligibility by the NCAA after their seasons were abruptly shut down this year due to the coronavirus outbreak. Mohajir said he's "100% behind it," but what would be the cost?

"We're probably looking at an additional $220,000 if we brought everybody back," Mohajir said.

ASU coaches' salaries have not been trimmed, Mohajir said, but he didn't rule it out from happening down the line.

"We have talked about it with our head coaches in my head coaches meetings. We haven't done anything," Mohajir said. "That would be the last option."

Losing football games in the fall -- and potentially the season altogether if the coronavirus situation doesn't improve -- would be the most costly.

How would athletic departments stay afloat without a football season? What it would mean for the other sports? It's still far too early for concrete answers given the unprecedented nature, but there's a consensus dire feeling.

"I'm not sure how you would run your athletic department without the revenue from football," Mohajir said. "In order to keep the lights on and keep the doors open, you may have to look at everything."

Mohajir said he's a major proponent of preserving the entire season as much as possible and delaying its start further in order to play, even if that means going into the spring, an idea that's recently circulated within the college athletics world. Mohajir said he would also prefer to push back the season so that games can still include fans. Canceling games or having no fans in attendance still equates to lost revenue.

If the season gets pushed back, perhaps even into the spring, there's essentially little to no financial upside for shortening the schedule or even playing games without fans, especially for non-Power 5 programs like ASU, which is a member of a conference that isn't involved in nearly as lucrative of a broadcast rights deal as its Power 5 counterparts.

Like many non-Power 5 teams, the Red Wolves also earn a hefty pay day each year with their nonconference "buy" game. This year, ASU is set to travel to Ann Arbor to face Michigan on Sept. 19 and collect a $1.8 million check. That's important cash for a non-Power 5 athletic department.

"I couldn't even play 18 men's basketball games and match that," Mohajir said.

Athletic departments need the football season to go on, or they'll suffer the consequences. But it's also out of anyone's hands with the current pandemic, no matter how optimistic and outspoken the likes of Clemson Coach Dabo Swinney and Oklahoma State Coach Mike Gundy have been recently.

Whenever the 2020 season does start, if it starts, there will still be plenty of issues to sort through, including how long teams will need to prepare and practice before any opener, considering most lost spring camps and will lose more organized offseason conditioning workouts this summer.

"No telling what football teams are gonna look like when they all get back together, when that time is possible," Anderson said. "Hopefully guys are very disciplined and motivated to stay on top of things."

Anderson said he believes it's still too early to make any judgments on what will happen with the season, but he recognizes the situation's severity.

Right now it's simply about making sure his players focus on their academics while continuing to stay healthy, both physically and mentally, Anderson said.

The season's fate will continue to hang in the balance.

"Football will take care of itself. When the time presents itself, we'll get back to that," Anderson said. "Obviously you'd love for guys to exceed your expectations and come back in great shape when that is, but I just want them to stay safe, stay away from the virus, and hopefully none of them deal with it directly." 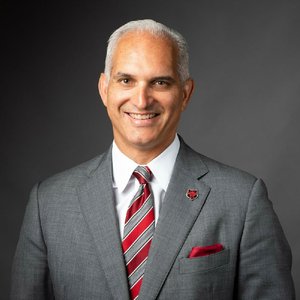 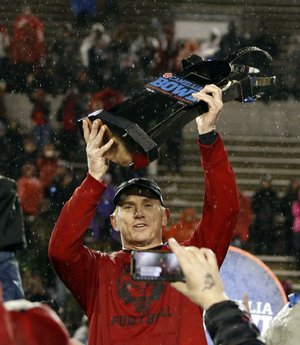