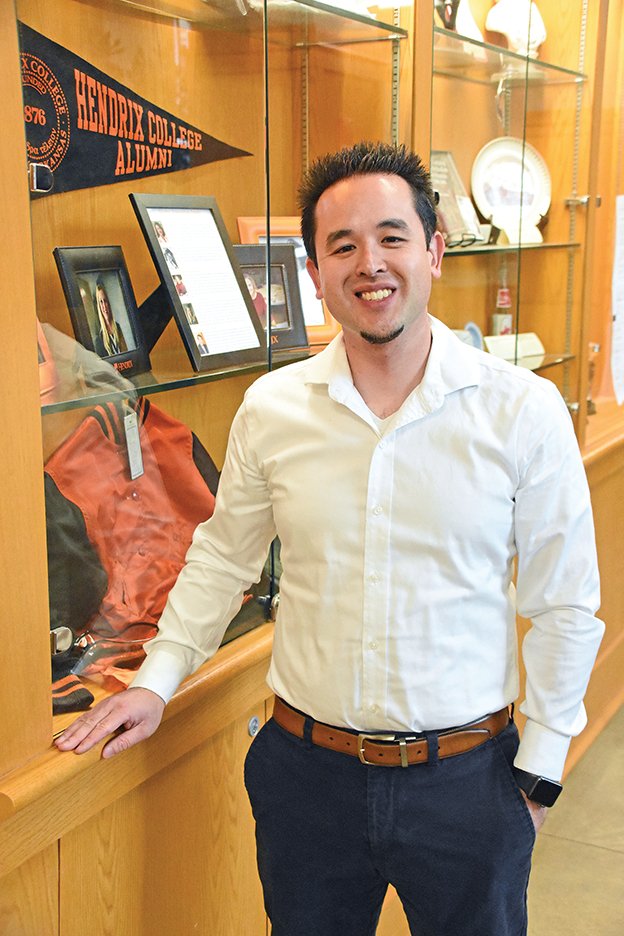 Tim Purkiss, director of summer programs at Hendrix College in Conway, said the youth programs for this summer have been canceled because of the COVID-19 pandemic. College and adult programs will transition to online programs if possible. Purkiss has been with the college since 2015.

Hendrix College in Conway was the host of the Arkansas Governor’s School, a summer residential program for high school seniors, for 39 years — ever since the program’s conception. But in 2018, AGS moved from Hendrix to Arkansas Tech University in Russellville.

Lyle Rupert, the former director of AGS and a professor at Hendrix, said every three years, there is an open application for colleges or universities that would like to host the Governor’s School. He said Arkansas Tech, the University of Central Arkansas in Conway and Hendrix put in proposals for the 2019-2021 sessions, and he said the “[state] board of education just happened to choose the Tech proposal over ours.”

Losing AGS to Arkansas Tech came as quite a shock to Tim Purkiss, the former administrative manager of AGS at Hendrix.

He had been working for AGS full time since January 2015, and before that, he worked every summer during college as a staff member. So when AGS moved to Tech in October 2018, Purkiss was out of a job.

Hendrix offered him a role in the career services department, and he became the assistant director for employer relations and internships. He served in that role until January 2019, when an initiative was created by the school to host summer programs on campus.

“Governor’s School took up most of the campus during the summer, and we really didn’t have much room to do much else,” Purkiss said. “After it moved, we started an initiative to discuss the opportunities and options to do in the summer.”

Purkiss, now the director of summer programs at Hendrix, created the school’s pilot season last summer and was set to introduce a full schedule this year, however due to the COVID-19 pandemic plans have recently changed.

This year’s youth programs for grades six through 12 have been canceled. College and adult programs will transition to online programs or be canceled if they can’t move online.

“While it is very disappointing, we felt it was the best decision at this time with regard to public health and safety,” Purkiss said. “Most disappointing is the realization that I won’t get an opportunity to see lots of new faces or provide enriching experiences to the community this summer.

“That was something that I looked forward to and kept me motivated, but I understand the importance of social distancing during this time.”

Purkiss said his disappointment is shared by the many Hendrix College program directors, instructors and staff who put so much effort into planning their summer sessions or supporting these efforts.

“I am asking program staff, participants and parents of participants to remain positive and look forward as we hope to resume in-person summer programs in 2021,” Purkiss said.

Last year, the pilot programs offered included a prep course for the MCAT, which is the test students have to take to get into medical school. He said about 20 students participated in the MCAT prep course, and it will be offered again this summer.

“It has been a really successful program,” Purkiss said. “They are tuition-based classes, and the cost varies, depending on the program, to cover instruction and supplies.”

The MCAT Prep Course, taught by Laura MacDonald, cost $725 for general admission and $675 for Hendrix students. He said scholarships are not available at this time, but the school hopes to add scholarship and housing options for students in the future.

Purkiss, who lives in Conway, graduated from UCA in December 2008 from the Schedler Hoors College. He has a bachelor’s degree in political science with a minor in interdisciplinary studies. He wrote an undergraduate thesis on conspiracy theories, thanks in large part to his dad, David.

“My dad was a huge conspiracy theorist,” Purkiss said. “He was always watching shows on the History channel, on JFK, and on aliens and Roswell, New Mexico.”

His dad was diagnosed with non-Hodgkin’s lymphoma in September 2005. For Purkiss’ thesis, he wrote the dedication to his dad because he knew it was something his dad always enjoyed reading about.

“He got to come to my thesis defense, and he had plenty of questions to ask,” Purkiss said. “I was nervous enough to defend my thesis in front of faculty members, colleagues and others, but I ended up getting grilled by my father.

“He really wanted to dig down into where I had done my research, partly because my thesis talked about why a lot of conspiracy theories fall apart or aren’t as believable — so he had a lot of questions about that, too.”

Purkiss’ dad died in July 2009, a week before Purkiss and his wife, Morgan, married.

“Tim is very friendly and very accommodating and is extremely organized,” Rupert said. “He has a strong work ethic, and he is great at gathering data and using it to make good decisions and get jobs done.

“When he started as the director of summer programs, he started from scratch. And he pulled together forms, policies and information sheets to help get that program started.”

Purkiss is the youngest of three siblings, with a sister, Kim, and a brother, Jonathan.

“Even though there was about a five-year gap between me and Kim, we were all pretty close,” Purkiss said. “We went to the same school and had the same teachers and did a lot of the same things growing up.

Whenever Purkiss had to recruit for AGS, he would tell the story of how if it wasn’t for his sister telling him about how much fun she had, he wouldn’t have gone.

Purkiss said he does plan on eventually returning to school and getting his master’s degree.

“I haven’t really decided what I would like to get,” he said. “I’ve considered teaching, college administration or public administration.

“There are lots of things that I have looked at and thought about. It is something I would like to do.”

He said that until then, having the opportunity to motivate and encourage college and high school students to reach their full potential is probably his favorite thing that he gets to do.

“When I was in high school or college, I didn’t always go on the trips or do the extra things that I could have done because I wasn’t brave enough and wouldn’t try something new that wasn’t in my comfort zone,” he said. “Working with middle school, high school or college students, there is a lot of opportunity to get them out of their comfort zone.

“These programs encourage them to try new things, learn new skills and meet new people. That’s how we all grow.”