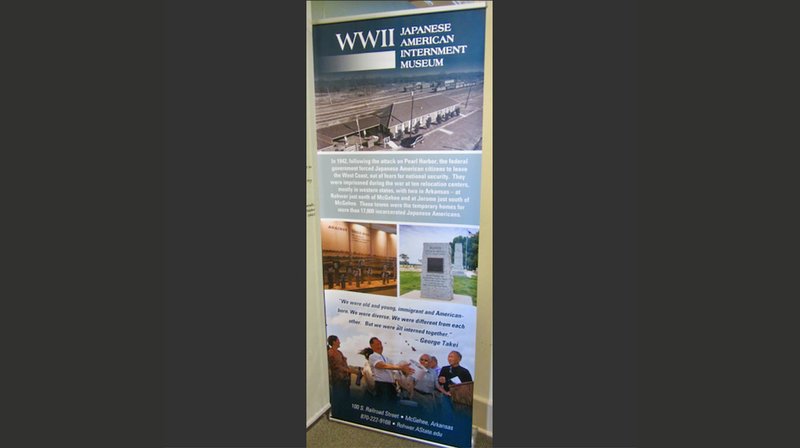 The Japanese American Internment Museum's website gives viewers a look at a shameful episode during World War II. (Special to the Democrat-Gazette/Marcia Schnedler)

For now, and for who knows how long, any pleasure traveling done by Arkansans and other Americans will take place on the virtual wings of digital devices while hunkering at home.

That includes visits to museums, virtually all of which are closed around here and across the nation. The good news is that online tours are available on a number of their websites. Some include video presentations that — with a bit of imagination —can almost feel like being there.

Here is a sampler of museums in the Natural State that offer on-line visits of one kind or another:

• Wings of Honor Museum, at wingsofhonor.org. Seven-plus hours of oral history can be viewed on the website of this Walnut Ridge museum devoted to Arkansas military veterans and their families.

The 11 interviews recount challenges on battlefields and the homefront. Especially vivid are the memories of Curtis R. Lamb, an Army Medical Corps sergeant in Europe during World War II. He tells about dealing with American dead and wounded, as well as being present at the liberation of a Nazi concentration camp.

One highlight of the online "Voices of Rohwer" feature is five minutes of commentary by Nancy Chikaraishi, the daughter of camp inmates and now a professor of architecture at Drury University in Springfield, Mo.

• Hemingway-Pfeiffer Museum and Educational Center, at hemingway.astate.edu/plan-your-visit/. Visitors to the website of another museum under Arkansas State University's aegis can roam the house and barn-studio in Piggott where Ernest Hemingway wrote part of For Whom the Bell Tolls.

The room-by-room tour is an animated creation that aims to show the property as it looked during Hemingway's time in northeast Arkansas with his second wife, Pauline Pfeiffer.

• Shiloh Museum of Ozark History, at shilohmuseum.org. Sixteen online exhibits on this Springdale museum's website add up to a nearly encyclopedic survey of life in the Northwest Arkansas Ozarks going back to prehistoric times.

Four of the offerings look separately at the counties of Boone, Carroll, Madison and Newton. Other topics include farming, rodeos, railroads, lumbering and the building of Beaver Lake. 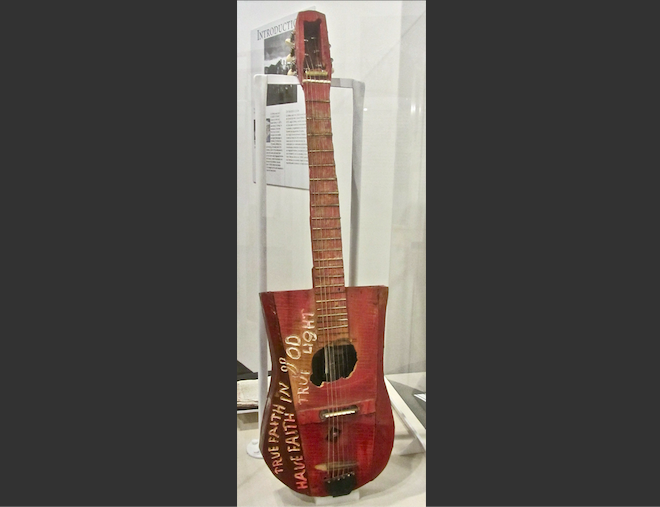 Shiloh Museum of the Ozarks, which displays the musical instruments handmade by Ed Stilley, takes online visitors on a variety of virtual tours. (Special to the Democrat-Gazette/Marcia Schnedler)

• Arkansas Tuberculosis Sanatorium, at abandonedar.com/tuberculosis-sanatorium. The advent of the coronavirus pandemic adds extra resonance to the digital exploration of this vast facility, built in 1909 3 miles south of Booneville to help contain one of that era's medical menaces.

Like covid-19, highly contagious tuberculosis also attacked the lungs. Some 70,000 patients were treated at the site before its closing in 1973. There's an eerie aura to the virtual tour as the camera moves through empty corridors and into empty rooms.

• Lum & Abner Museum, at lum-abner.com. Much-needed chuckles can be evoked by logging on to the site of the Lum & Abner Museum in the hamlet of Pine Ridge. Starring Chet Lauck and Tuffy Goff, Lum & Abner's radio show fortified the hillbilly image of Arkansas across the nation from 1931 to the middle 1950s.

An online highlight from the museum is the colorful posters of the seven Hollywood movies starring Lum & Abner. Their titles resonate with whimsy: Partners in Time, The Bashful Bachelor, Dreaming Out Loud, Goin' to Town, 2 Weeks to Live, So This Is Washington, Lum & Abner Abroad.