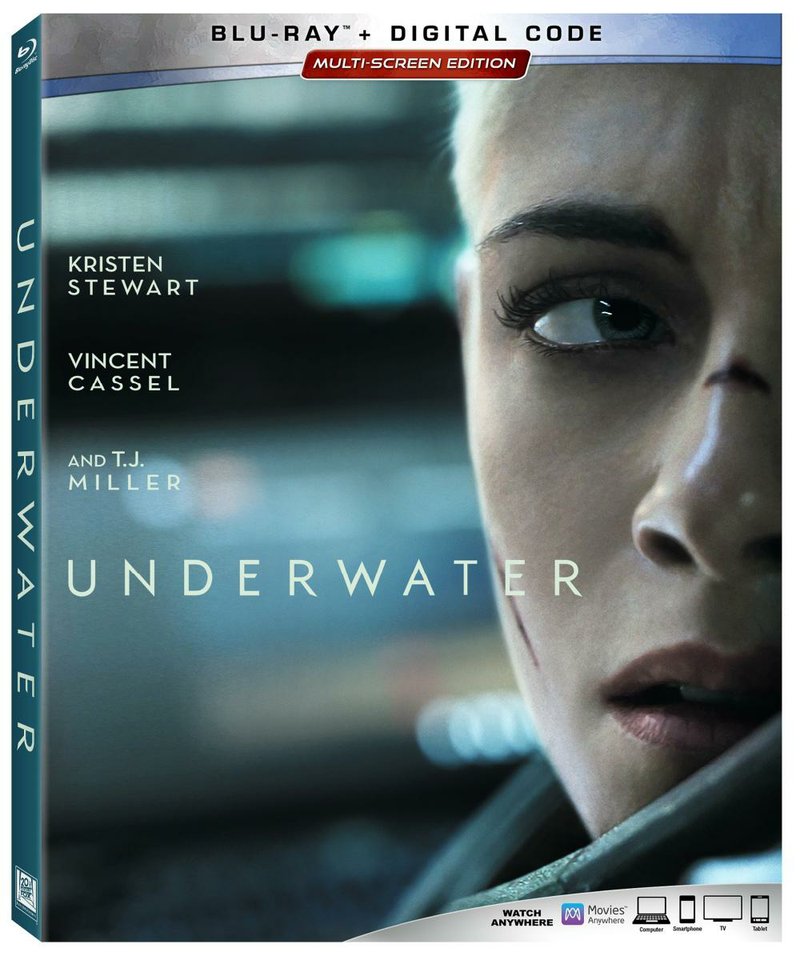 If you remember 1989's tense, exhausting, baffling, yet innovative The Abyss, you'll see similarities between it and this sci-fi thriller, such as a lack of logic, an uneven narrative, a distressing amount of tension, interesting characters, and some pretty scary moments.

It focuses on the aftermath of a deep-sea earthquake that results in monstrous creatures terrorizing crew members aboard a research station seven miles below the surface of the ocean. In order to survive, the crew must make a treacherous journey across the dark ocean floor.

Not recommended for those with claustrophobia.

The Golem (not rated, 1 hour, 31 minutes) A low-boiling, deliberately paced silent horror thriller from 1920 set in 16th-century Prague, where a Jewish rabbi with sorcery skills seeks to protect the Jewish population of the city from persecution by creating a giant creature from clay. With Paul Wegener, Lyda Salmonova, Ernst Deutsch; directed by Paul Wegener and Carl Boese.

Just Mercy (PG-13, 2 hours, 17 minutes) It's not easy to recognize Jamie Foxx -- who's usually sleek and stylish in film roles -- as a downtrodden condemned death-row prisoner in Alabama who an idealistic and tenacious young Harvard-educated civil rights defense lawyer (Michael B. Jordan) fights against incredible odds to free. Based on a true story. With Brie Larson, Tim Blake Nelson, Rafe Spall; directed by co-written by Destin Daniel Cretton.

The Cat and the Moon (not rated, 1 hour, 54 minutes) An uncomplicated, sweet, slow-moving comedic drama about a teenager who goes with his mother to New York where she seeks treatment in rehab and he stays with a jazz musician who was a friend of his late father's. With Mike Epps, Skyler Gisondo, Tommy Nelson; written and directed by Alex Wolff.

Unintended (not rated, 1 hour, 32 minutes) Slow-moving, occasionally suspenseful and decently performed, this minor-key drama concerns a young woman who committed a murder when she was 12 and has repressed the memory for her entire life -- until now. With Elizabeth Lail, Nathan Keyes, Hannah Westerfield; written and directed by Anja Murmann.