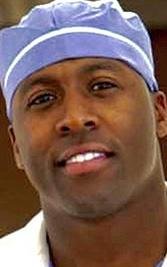 This March 30, 2020 photo shows Dr. Elvis Francois at the Mayo Clinic in Rochester, Minn. The orthopedic surgery resident has gone viral thanks to his top-notch musical performances at hospitals. On Friday, the healthcare worker with a golden voice will independently release "Music Is Medicine," which was recorded alongside pianist and fellow resident Dr. William Robinson. All of the proceeds will be donated to The Center of Disaster Philanthropy COVID-19 Response Fund. (Dr. Elvis Francois via AP)

• Elvis Francois, the orthopedic surgery resident who has gone viral with his live singing performances at hospitals, knew from adolescence he wanted to help heal the world through medicine. But through music? Not so much. Two years after becoming an unlikely singing sensation, the 34-year-old doctor with a golden voice is releasing his first EP today, and all the proceeds will be donated to The Center of Disaster Philanthropy COVID-19 Response Fund. "It's been such a unique time in all of our lives. I'm just honored to be able to share a bit of music with people, especially during these trying times," said Francois, who is in his last year of residency at the Mayo Clinic in Rochester, Minn. "What we do as surgeons, what we do as physicians goes a very long way, but music moves people in a way that medicine can't." Francois has appeared on The Ellen DeGeneres Show, CNN, Good Morning America and other programs after becoming popular for singing booming covers of John Lennon's "Imagine" and Bill Withers' "Lean on Me." Then, two executives from the Nashville-based Big Machine Label Group, Jake Basden and Allison Jones, helped Francois get into a recording studio to record the four-song EP called Music Is Medicine, which is being independently released on the newly formed Doctor Elvis Records. Fellow resident William Robinson, who usually accompanies Francois on piano during his performances, joined in for the recording sessions of "Imagine," "Lean on Me," Andra Day's "Rise Up" and Mike Yung's "Alright."

• Observing social distancing, Danes on Thursday sang birthday songs from homes, balconies, parks and public gardens to honor popular Queen Margrethe II, who turned 80 amid the pandemic lockdown. The festivities were shown live by the country's two public broadcasters, DR and TV2, which aired footage of flag-waving people singing the Danish version of "Happy Birthday," playing instruments and cheering. The initiative was organized by a Facebook group whose members said they had wanted to find a way of honoring Margrethe after all public royal birthday celebrations have been canceled due to the coronavirus pandemic. The queen, who ascended to the throne in 1972 and whose royal lineage goes back more than 1,000 years, has repeatedly said she has no plans to abdicate. "Thanks for the song. It went straight to the heart," Margrethe said in a live interview with DR. She later appeared alone on the stairs of the Fredensborg Palace where she currently resides, to wave to television cameras. Florists reported larger-than-usual numbers of bouquets being sent to retirement homes after Margrethe urged people not to give her flowers, saying instead that they should be sent "to one of the many older fellow citizens having difficulty at this time." 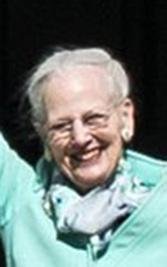 Photo by Ritzau Scanpix
Denmark's Queen Margrethe waves from the doorstep of Fredensborg Castle, in Fredensborg, Denmark, Thursday, April 16, 2020. Despite spending her 80th birthday in isolation due to the coronavirus, many people gathered outside the castle to sing happy birthday. (Olafur Steinar Gestsson/Ritzau Scanpix via AP)