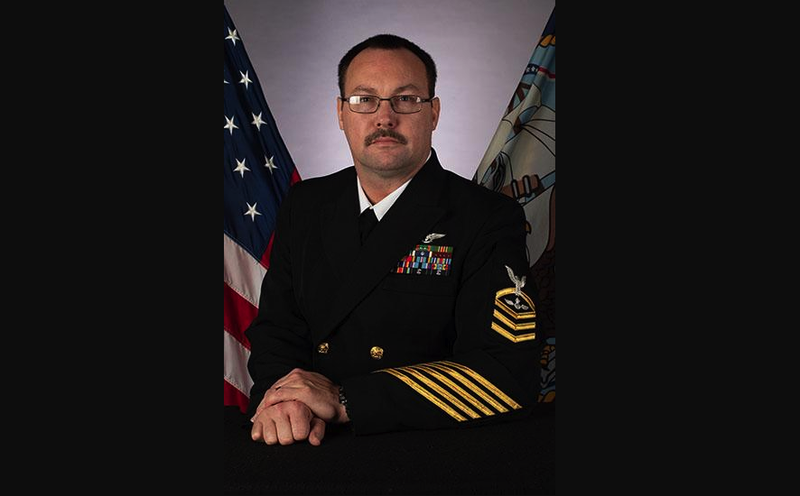 The U.S. Navy has identified the sailor on board the USS Theodore Roosevelt who died earlier this week of covid-19-related illness as 41-year-old Chief Petty Officer Charles Robert Thacker Jr. of Fort Smith.

Thacker, an aviation ordinanceman, died from the illness on Monday at U.S. Naval Hospital in Guam, according to the Navy.

Thacker tested positive for covid-19 on March 30 and was removed from the ship and placed in isolation on Naval Base Guam, according to a Navy news release. On April 9, Thacker was found unresponsive during a daily medical check and transferred via ambulance to an intensive care unit, according to the U.S. Pacific Fleet Public Affairs office.

"Chief Petty Officer Charles Thacker, Jr. honorably served our country in uniform," Boozman said. "His dedication to our nation was perhaps only surpassed by the tremendous love he had for his dear family. [His] appreciation for the special things in life -- particularly his loved ones and passions -- reminds us how precious time really is and how this virus poses a threat to all of us, even the warriors dedicated to defending America.

"We honor his life and service in uniform, and pledge to keep this proud son of Arkansas's legacy alive in the years to come."

Cotton added that he was "saddened" to learn of Thacker's death.

"His service to the country has earned my utmost gratitude, and my deepest condolences go to his family, friends and crewmates," Cotton said.

Thacker's spouse, an active duty member stationed in San Diego, was flown via Navy Air Logistics Office flight to Guam and arrived Saturday, officials said. At the time of his passing, Thacker's spouse was by his side, according to the Navy.

Crew members who tested positive for covid-19 remain in isolation at controlled locations on Naval Base Guam, where they receive daily medical supportive care, officials said.

To support sailors, the USS Theodore Roosevelt has a civilian resiliency counselor, a chaplain team and medical psychologist assisting as needed, according to the Navy.

The ship arrived in Guam on March 27 for a scheduled port visit for resupply and crew rest, officials said.

"This is a great loss against an unprecedented enemy and we must continue to amplify resources on all levels to defeat this virus and safeguard personnel."

Thacker is the first member of the Roosevelt crew to die of the illness. As of Monday, 585 of the ship's about 4,860 crew members had tested positive for coronavirus, according to the Associated Press.

The ship has been at the center of a Navy crisis in recent weeks after the ship's leader, Capt. Brett Crozier emailed a letter calling for swift Navy action to support the ship and prevent a greater spread of covid-19.

Crozier was fired April 2 by the Navy's civilian leader, Thomas Modly for distributing the letter, which Modly said was inappropriate and usurped the chain of command.

Modly ultimately resigned after he flew to the ship and criticized Crozier and crew members who supported him five days after Crozier's ouster.