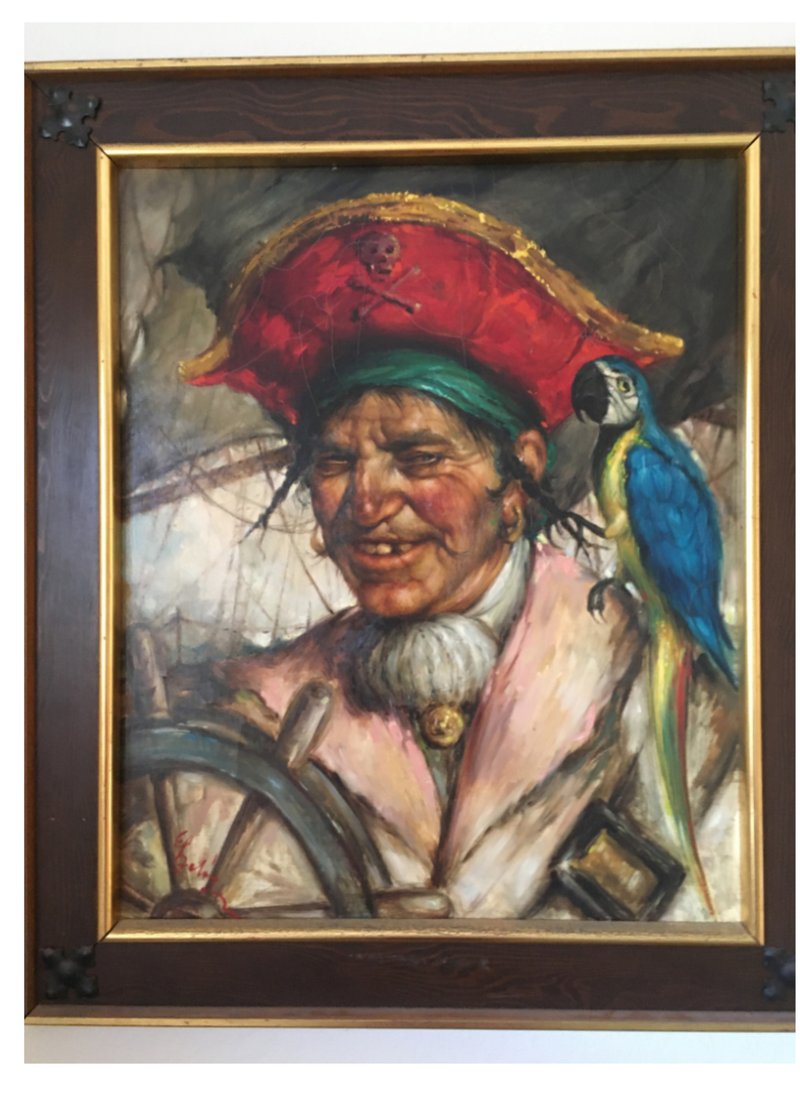 This is a wonderful image by artist Endre Szabo, but is it an original? (Handout/TNS)

DEAR HELAINE AND JOE: I have had this Szabo painting for many years, and I would like to know if it has any value. It is 20½-by-24 ½ inches.

DEAR T.B.: At first we thought there would not be many artists with the last name "Szabo." But we were wrong. We found paintings by Willi Szabo, Laslo Szabo, Vladimir Szabo, Zoltan Szabo, Alexander Szabo, Balazs Szabo, Josef Szabo and Jeanne Nelson Szabo. But there is no doubt that the painting in today's question is by Endre Szabo.

This particular Szabo was born in Hungary in 1922. His father was an artist, and it is reported that Szabo was taught how to hold a brush by his artist father at age 4 and completed his first portrait at age 13. He began his formal art education at the Academy of Arts in Budapest, but World War II displaced him, and he continued his education for two more years in Italy.

He lived for a time in Austria and Germany but soon moved to South America, where he painted the portraits of the president of Peru and the president of Venezuela. In 1960, Szabo moved to the United States and settled near Philadelphia, but he also painted in New York and Fort Lauderdale, Fla.

Szabo moved to San Antonio in 1969, and about this time began painting images of cowboys, trappers, pioneers and poker players. He is known for his character portraits -- generally older individuals with seamed and expressive faces. In addition to figures from the Old West, collectors find images of fishermen, American Indians, Mexicans, Asians, philosophers and yes, pirates.

His most famous image is Man of the Golden West, which is a portrait of John Wayne dressed as the iconic Lone Ranger. His work is said to have been influenced by Rembrandt and Reubens. He is quoted in his artist's brochure as saying: "In my paintings, I follow the footsteps of the Masters in the eternal search for the soul of man." Other than canvas, Szabo also painted on Masonite, brass and copper. He died in 1991.

The question we have about the Szabo image belonging to T.B. is whether or not it is an original or a giclee print on canvas. The word "giclee" comes for a French word meaning "to squirt" (no, we are not kidding) and refers to the fact that this type of image was created by using a high-tech inkjet printer that "squirted" the colors that form the image onto the canvas or paper.

It is impossible to tell from the photograph submitted by T.B. whether this is an original Szabo or a giclee print on canvas. We want to emphasize this because there are significant numbers of Szabo giclee reproductions on the market. We like this colorful, gritty image of a crusty pirate and his parrot, but we do have concerns about its originality.

Helaine Fendelman and Joe Rosson have written a number of books on antiques. Do you have an item you'd like to know more about? Contact them at Joe Rosson, 2504 Seymour Ave., Knoxville, TN 37917, or email them at treasures@knology.net. If you'd like your question to be considered for their column, please include focused, a high-resolution photo of the subject with your inquiry.