READ TO ME: Kinder, gentler billy goats dare to cross the bridge 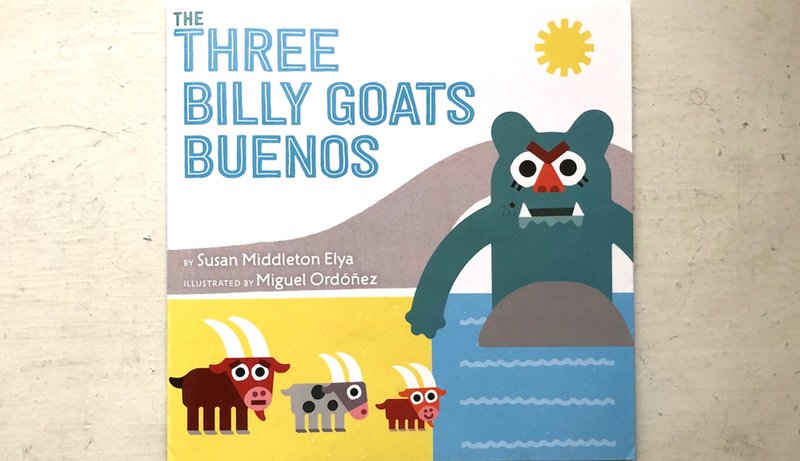 STORY: The story is well known, a favorite of little brothers and sisters everywhere. But these billy goats do not appear to be members of the beloved goat family Gruff.

In the traditional story, the two younger kids bluff their way past a hungry troll by offering up an older sibling as tastier and much more to eat than they would be. They also know the troll will be no match for their biggest brother. When he finally clip-clops upon the troll's bridge, he head-butts that monster into oblivion. Then, the billy goat brothers cross the bridge whenever they please.

But in Elya's clever retelling, the biggest kid isn't only physically larger, he's a big person. His first thought upon being threatened is that this troll needs food. And his second thought is, "Why is she so grumpy?"

There's a reason. She has a splinter in her toe.

The big kid organizes his siblings to help the troll. They pull the splinter, dress the wound, give her yummy apples. Goats and troll become amigos.

My 3-year-old grandgirl enjoyed a part of the story that's even more obvious than its diversions from tradition: Elya includes Spanish words in her rhyming text. For adults who don't recall much of their high school Spanish, there's a glossary up front, with pronunciations and definitions. But most of the words are clear in meaning from the context.

There once were three goats, a brotherly trio.

They needed to crisscross a fast-moving río.

But under the bridge lived a grumpy gigante with tootsies as big as a small elefante.

Smart and attractively illustrated, this story of sibling cooperation is great fun to read aloud.