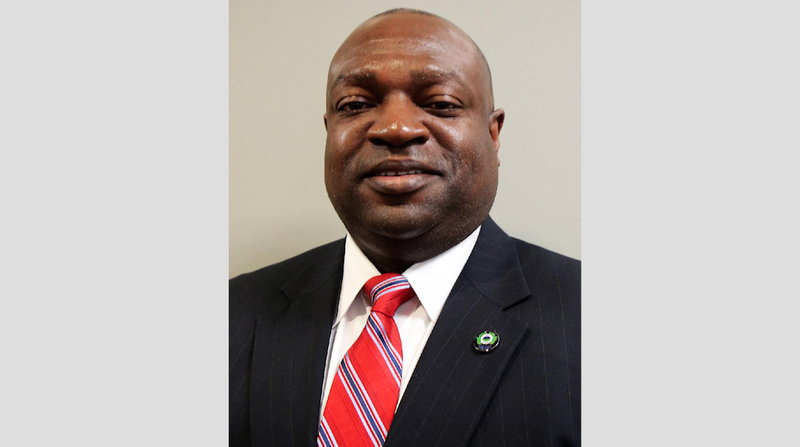 An assistant police chief in Little Rock who testified that the mayor pushed department leadership into rushing an internal investigation into last year's fatal shooting of a car-thief suspect claims in a lawsuit filed Wednesday that Chief Keith Humphrey has been punishing him for his statements ever since.

Hayward Finks, an assistant chief for eight years, accuses Humphrey of engaging in a "campaign of retaliation" against him, describing in the lawsuit a vendetta began almost as soon as Finks told the city Civil Service Commission about his concerns last year.

Finks, 50, described the internal investigation as incomplete and "rushed" at "inappropriate" speed because of pressure from Mayor Frank Scott Jr.

Finks made his remarks at a July commission hearing regarding Humphrey's decision to fire officer Charles Starks for violating department protocols leading up to Starks' fatal confrontation with 30-year-old Bradley Blackshire in February 2019.

"Finks told nothing but the truth regarding the investigation into Officer Starks' shooting of Blackshire," the lawsuit states. "This testimony contradicted Chief Humphrey and cast his leadership in a bad light."

Humphrey also had Trammel chastised for her testimony, according to the lawsuit, which also accuses Humphrey of retaliating against Fulks but provides no specifics.

Finks' nine-page suit states that Finks believes Scott has no knowledge of how Humphrey has treated him. The mayor is not a defendant.

City Attorney Tom Carpenter released a statement Wednesday afternoon saying the city had been made aware of a lawsuit, but that neither the city nor Humphrey had been served with the suit and that neither had a comment on the complaint.

Humphrey has been Little Rock's police chief for about 13 months. He was hired from Oklahoma in March 2019 after beating out 57 contenders, Finks and Fulks among them.

In the suit, Finks accused Humphrey of deliberately trying to make him look bad over the way police handled a protest by Blackshire supporters, which included arresting 10 of them. The resulting misdemeanor charges were dropped later.

Humphrey accused Finks of lying about the way the arrests were conducted but blocked an internal investigation that Finks requested to show he was telling the truth, the lawsuit states. Also among the accusations that Finks levels at Humphrey are a propensity to yell and slam doors.

Finks' lawsuit further claims that Humphrey's feud with him has extended to encompass Finks' brother, police Sgt. Duane Finks, and a friend, Sgt. Reginald Parks, both of whom have joined in the lawsuit. They were simultaneously demoted by the chief in text messages for no reason, the suit states.

The officers, represented by attorney Chris Burks and Degen Clow of the WH Law firm of North Little Rock, accuse Humphrey of committing criminal witness retaliation, violating the officers' civil rights and the state's Whistle Blower Act. They are asking for unspecified compensatory and punitive damages.

The police chief fired Starks for violating police procedure by stepping in front of a moving car when Starks shot and killed Blackshire after the car Blackshire was driving clipped Starks.

The firing was against the recommendation of Starks' patrol division supervisors, Finks among them. The 32-year police veteran, who now oversees the department's investigations divisions, recommended exonerating Starks.

"I do not believe that Officer Starks intentionally, nor voluntarily stepped in front of the vehicle driven by Mr. Blackshire. It appears that the actions of Mr. Blackshire forced Officer Starks to seek cover, and move towards the patrol vehicle, for cover, out of fear that Mr. Blackshire was going to shoot him," Finks wrote in his review of Starks' actions.

"The encounter with Mr. Blackshire is the only time that Officer Starks has resulted in utilizing deadly force in making an arrest. In assessing what was different in the situation, as opposed to the other 266 individuals arrested by Officer Starks, I believe that it was the unfortunate, yet deliberate actions of Mr. Blackshire."

The Civil Service Commission upheld Starks' firing in September, but Starks was successful in his appeal in Pulaski County Circuit Court. He was reinstated in January at the order of Judge Tim Fox.

Like Humphrey, Fox found that Starks had violated rules against approaching moving cars. But the judge ruled that since Starks' use of deadly force had not been at issue, termination was too punitive.

Fox instead ordered Starks suspended without pay for a month, the next most punitive sanction, and reduced Starks' wages to rookie pay.

Finks' lawsuit has been assigned to Fox. Court records show that Finks told commissioners that the review of Starks' actions was "absolutely" handled differently.

"There was pressure from Mayor Scott, from the very beginning, to do this investigation quickly, and to, in his opinion, fire officer Starks as quickly as possible," Finks testified, saying he had discussed the probe with the mayor.

Finks said police completed the investigation in less than two weeks, 13 days, causing some details to be omitted and preventing investigators from conducting a more nuanced review.

"This is the thing, as far as doing an investigation like this, in a hurried manner. Normally, this investigation would be right at 45 days. That file would come up through the chief's office, and through the chain, we would look at things, and say, 'OK, did we look at this? Did we consider this?' And then you have an opportunity, to go back, and make sure that is included in the file," Finks testified. "We didn't have an opportunity, in this particular case, because Mayor Scott put the pressure on us, to have that file completed in 13 days."