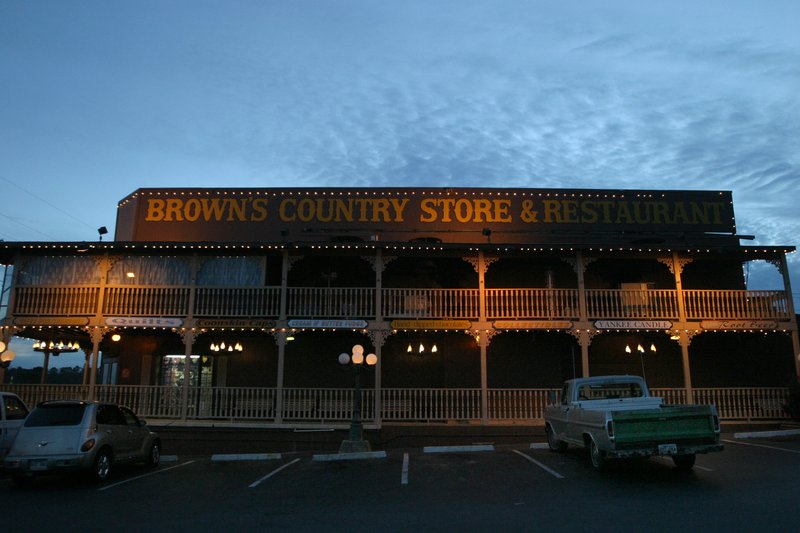 We know for certain that the Whole Hog Cafe, 2516 Cantrell Road, Little Rock, has closed temporarily; there's a sign on the door, echoed by a voicemail message we got by calling (501) 664-5025, noting that plans are to reopen May 1. There's a similar sign on the door of Little Rock's other outlet, in the Rock Creek Plaza Shopping Center, 12111 W. Markham St. at Bowman Road, and nobody answered the phone — (501) 907-6124 — during business hours. We similarly got no answer at the Bryant restaurant, 5309 Arkansas 5 North — (501) 653-2244. Outlets in Conway, Bentonville, Fayetteville and the two in Fort Smith, however, remain open.

Meanwhile, Google and Facebook list the Panera Bread outlet in the Pleasant Ridge Town Center, 11525 Cantrell Road, Little Rock, as temporarily closed, but one of our eagle-eyed readers spotted a "for lease" sign in the window late last week. The listed phone number, (501) 227-0222, had not yet been disconnected at last try.

Owners Phillip and Cissy Brown announced last week they were retiring and closing Brown's Country Store & Restaurant, 18718 Interstate 30, Benton, after 47 years. The business, which The Browns opened in 1973 in a former candy shop, incorporated the candy shop, a 100-foot buffet and a gift shop. "We have enjoyed serving local patrons, friends, tourists and celebrities over these many years," the Browns said in a news release. "We have heard memorable stories from locals who have talked to people all over the world who have experienced Brown's Southern hospitality and delicious food." The gift shop will open briefly for final clearance once government social distancing standards are relaxed, the release said. The release notes that the Browns' daughter, April Brown Rye, took over the day-to-day operations after graduating from University of Arkansas, Fayetteville 23 years ago.

Three Fold Noodles + Dumpling Co., 611 S Main St., Little Rock, has added a food-truck-centered satellite operation that it is calling Three Fold Mobile at 1509 Rebsamen Park Drive in Little Rock's Riverdale. It's the site where Three Fold expects to open a restaurant and prep facility next year. Customers place orders by calling (501) 500-2005 or online at eat3foldmobile.com and receive their orders, carhop-style, without leaving their vehicles. Customers can also choose to pick up orders from a window counter as a no-contact option. The dishes will come from Three Fold's regular menu (excepting the beef noodle soup and draft beer and wine), and you can also pick up the restaurant's Reheat + Eat Meals and Family Spreads. Hours are 11 a.m.-7 p.m. Monday-Saturday. 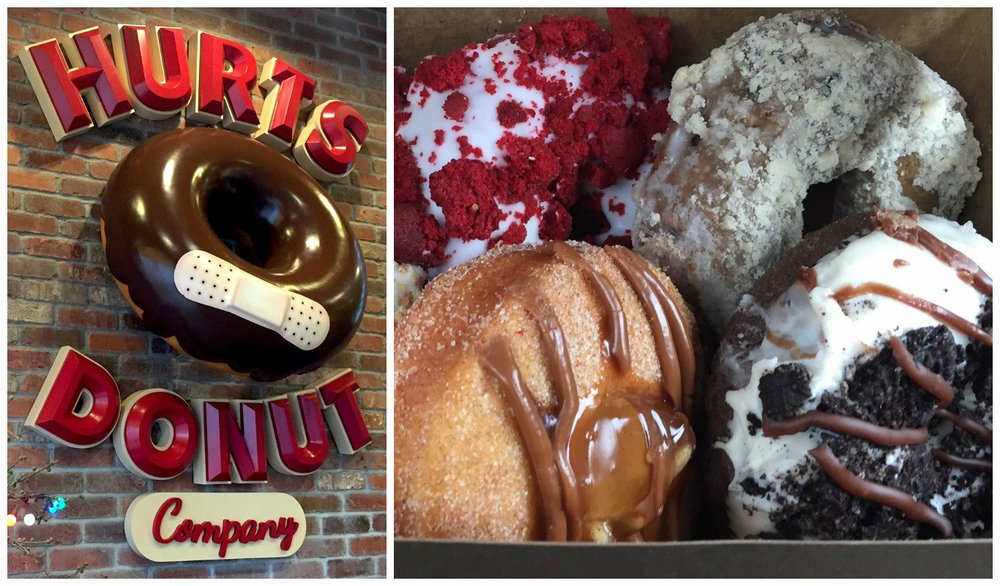 Ace business reporter Stephen Steed talked to Connor Grimes, co-owner of Hurts Donuts, 107 E. Markham St, Little Rock, who says he has seen his doughnut sales drop as much as 70% since citywide and statewide since stay-home guidelines went into effect. He still gets a decent amount of walk-in traffic at his shop, but to-go orders of dozens of doughnuts that usually would go to area offices have dropped considerably. That has prompted him to dispatch Hurts' Emergency Donut Vehicle, previously primarily used for parades and food festivals as a marketing gimmick, to cities and towns, based on demand via social media. The retrofitted ambulance so far has gone to Benton, Cabot, North Little Rock and Maumelle. The Hot Springs Police Department has requested a visit to its parking lot, as has the City Council in Cave Springs, Grimes says, and a social media post this past weekend asking for recommendations for other destinations drew some 17,000 responses. The parking-lot operations employ a "no-contact" drive-thru. Curfew notwithstanding, the shop remains open "25/8," as they say; the phone number is (501) 916-9201, the website is Wannahurts.com and the Facebook page is facebook.com/Hurts-Donut-Little-Rock-Arkansas-989386394574524.

In the midst of restaurants closing and restaurant workers being out of work, ZaZa Fine Salad + Wood-Oven Pizza Co., 5600 Kavanaugh Blvd., Little Rock, is hiring, posted this help-wanted ad on Facebook: "We're seeking smiling, high energy, service-oriented crew members to work with our team in serving award-winning local cuisine. If serving delicious food with premium ingredients, working in a locally owned business with creative, energetic crew members, and being part of hospitality focused, only-in-Arkansas restaurant family sounds like something you'd like to be a part of, let's talk!" Apply via the Facebook page (facebook.com/zazapizzaandsalad) or email your resume to Apply@YellowRocketConcepts.com.

McDonald's is offering free Thank You Meals through May 5 to health care workers, police officers, firefighters and paramedics, drive-thru or carry out — just show your work badge. There's a choice of Egg McMuffin, Chicken McGriddles or a Bacon, Egg and Cheese Biscuit with hash browns for breakfast; Double Cheeseburger, 6-piece Chicken McNuggets or a Filet-O-Fish sandwich with small fries for lunch and dinner, plus a drink and with a note of appreciation, in a Happy Meal box. (Limit one per person per day.)

The now-Florida-based Popeyes fried chicken chain is giving back to its New Orleans roots by committing to fund 1 million meals through relief agency Second Harvest Food Bank. It is designating all proceeds from the sale of a $28 limited-time meal pack it has dubbed NOLA Strong, which includes 12 pieces of chicken, two sides and six biscuits and a T-shirt and hat. You can order one through the Popeyes app; the apparel is also available separately online at nola-strong.com.

And this clarification on an item we ran last week on Ropeswing Hospitality Group in Bentonville, which operates The Pressroom, Louise and The Preacher's Son, and which, as it turns out is actually spearheading two initiatives: the Meal Subscription Service we mentioned, and one in which the Northwest Arkansas Medical Meals Fund partners with the Brightwater Culinary School, Northwest Arkansas Community College and Tyson Foods with Ropeswing employees preparing meals seven days a week in the Brightwater kitchen for frontline workers at Mercy Hospital in Rogers. You can donate via the NWA Medical Meals Fund (tinyurl.com/y7sbhzok) or buy a subscription for a health care worker you personally know.

And Business.org, which describes itself as "a community of small-business enthusiasts who connect decision-makers to the right tools and services with in-depth research, product reviews, and expert recommendations," is seeking to help local restaurants by buying $5,000 worth of $100 gift cards. Through April 30, nominate your favorite local food spot — they'll pick 50 people to receive $100 gift cards. Details, rules and regulations and a nomination form are at business.org/finance/business-org-will-give-5000-to-support-local-restaurants.