D-I athletes may be allowed to be paid sponsors 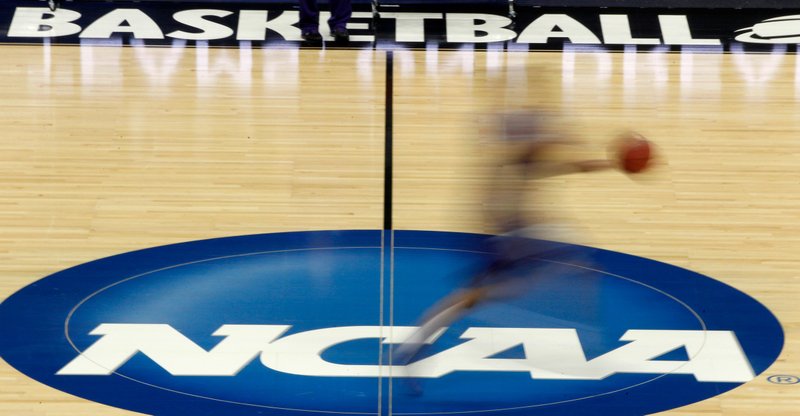 FILE - In this March 14, 2012, file photo, a player runs across the NCAA logo during practice in Pittsburgh. The NCAA is moving closer to permitting Division I college athletes to earn money from endorsements and sponsorship deals they can strike on their own. Recommendations for changes to NCAA rules that would permit athletes to earn money for their names, images and likeness are being reviewed by college sports administrators this week before being sent to the association's Board of Governors. (AP Photo/Keith Srakocic, File)

The NCAA is moving closer to allowing Division I athletes to earn money from endorsements and sponsorship deals they can strike on their own as early as next year.

Recommended rule changes that would clear the way for athletes to earn money from their names, images and likeness are being reviewed by college sports administrators this week before being sent to the NCAA Board of Governors, which meets Monday and Tuesday.

If adopted, the rules would allow athletes to make sponsorship and endorsement deals with all kinds of companies and third parties, from car dealerships to concert promoters to pizza shops, according to a person who has reviewed the recommendations. The person spoke to The Associated Press on condition of anonymity Thursday because the details were still being discussed and debated.

The recommendations are expected to form the foundation for legislation the NCAA hopes to pass next January so it can take effect in 2021. Changes could still be made before January.

No school-branded apparel or material could be used by athletes in their personal endorsement deals, according to the recommendations reviewed by the person who spoke to the AP. Athletes would be required to disclose financial terms of contracts to their athletic departments, along with their relationships with any individuals involved.

Athletes would be allowed to enter into agreements with individuals deemed to be school boosters, the person said.

The NCAA would create a mechanism to evaluate potential deals for fair market value and spot possible corruption. An athlete could compromise their eligibility for failing to disclose details of a financial agreement or relationship, the person said.

The recommendations also call for allowing athletes to sign autographs for money, sell their memorabilia, and be paid for personal appearances and working as an instructor in their sport.

"Trevor Lawrence could have his own passing academy," the person said, referring to the Clemson quarterback.

The recommendations come from a working group set up 11 months ago and led by Ohio State Athletic Director Gene Smith and Big East Commissioner Val Ackerman.

The need for change was sped up by pressure from state lawmakers. California was first to enact a law that would make it illegal for NCAA schools to prohibit college athletes from making money on endorsements, social media advertising and other activities tied to name, image and likeness.

NCAA leaders have gone to Congress looking for help to fend of a patchwork of state laws and create a national standard.

In one way, the recommendations go even beyond the free-market approach of the California law, which would restrict athletes from making sponsorship deals with companies that conflict with a school's existing business relationship. For example, an athlete could not sign a deal with Nike if the school had a contract with Under Armour.

The working group's recommendations would keep the NCAA out of that decision. leaving it to each school to decide whether it will allow an athlete to sponsor a competing brand, the person told the AP.

Print Headline: D-I athletes may be allowed to be paid sponsors