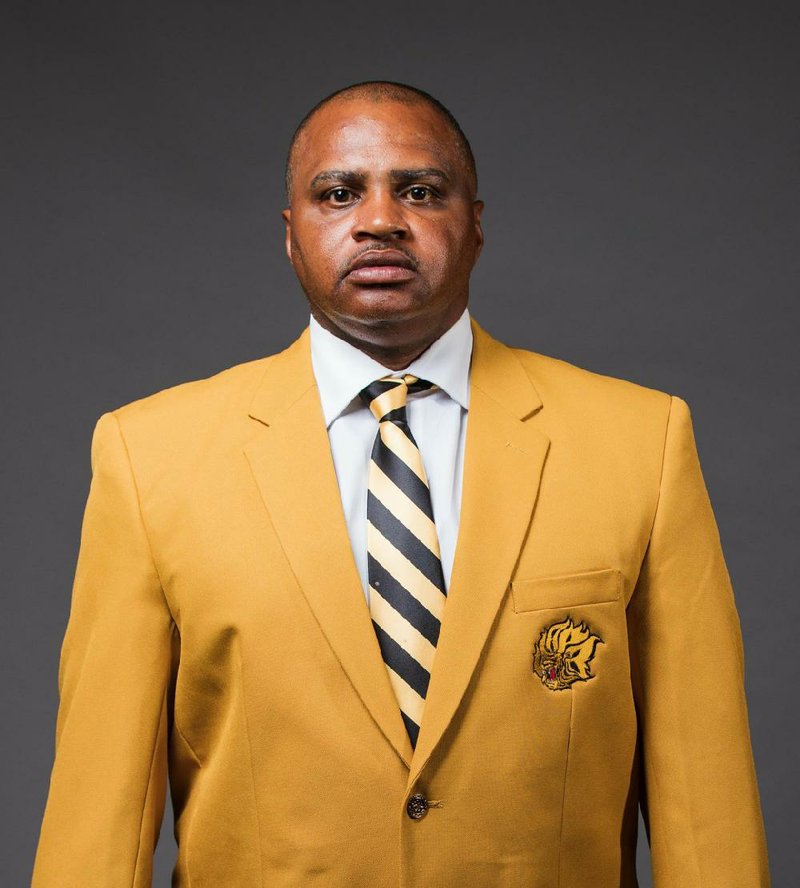 The expectation became a reality when the University of Arkansas-Pine Bluff announced its next head football coach on Thursday.

The Arkansas Democrat-Gazette reported last month that Gamble, who had served as UAPB's interim coach since Thomas' departure in mid-February, was expected to become the school's permanent head coach and that contract details were being finalized.

Now the news is official.

"He has played an integral role in the growth and improvement of our program in recent years, and it was important for us to keep that momentum going," UAPB Athletic Director Chris Peterson said Thursday in a statement. "Doc is ready for this next step in his career, and we are confident he will continue the ascension of our program to become a consistent SWAC contender."

Peterson told the Democrat-Gazette on Thursday that Gamble's contract is a three-year deal worth $150,000 annually and that it's been approved by the UA System Board of Trustees.

"It's an honor to be named head football coach at Arkansas at Pine Bluff," Gamble said in a statement. "I'm appreciative and thankful to the university administration for this opportunity. In coming here with Cedric Thomas two years ago, we felt as a staff we could rebuild the program, and due to the hard work and dedication of the players, a great foundation has been laid."

Gamble, 48, is the school's 21st head football coach all time. He takes control of a program that has built some recent momentum and is coming off its first winning season since 2012. UAPB finished 6-5 overall and 3-4 in the SWAC in 2019 and returns plenty of experience in 2020.

It's Gamble's first head coaching job at the college level, but by promoting him, it ensures the Golden Lions won't be subject to a complete overhaul in leadership, culture and scheme during an offseason that's already become increasingly difficult and uncertain due to the coronavirus pandemic.

"We're already headed in the right direction," Gamble told the Democrat-Gazette last month. "We took on Coach Thomas' philosophy and started to develop a great culture that we're still working on, but it's a good one right now, and it's gonna continue to be a good one."

Once Thomas, a former UAPB cornerback, made the decision to leave for an assistant coaching job on Southern Mississippi's staff in February, Peterson told the Democrat-Gazette last month that Thomas gave strong support for Gamble to be his successor.

"Cedric, who I had great confidence in and knew Cedric before I came here [in January], was real high on Doc right from the get-go," Peterson said. "He told me when he decided to go to Southern Miss, he said, 'Coach P, Doc's the right guy for the job.' "

Prior to that, the former University of Tennessee-Martin quarterback was a high school head coach in the Cincinnati area, Gamble's hometown, for nearly a decade. Other stops before then included assistant roles at East Carolina and Mount St. Joseph University in Cincinnati.