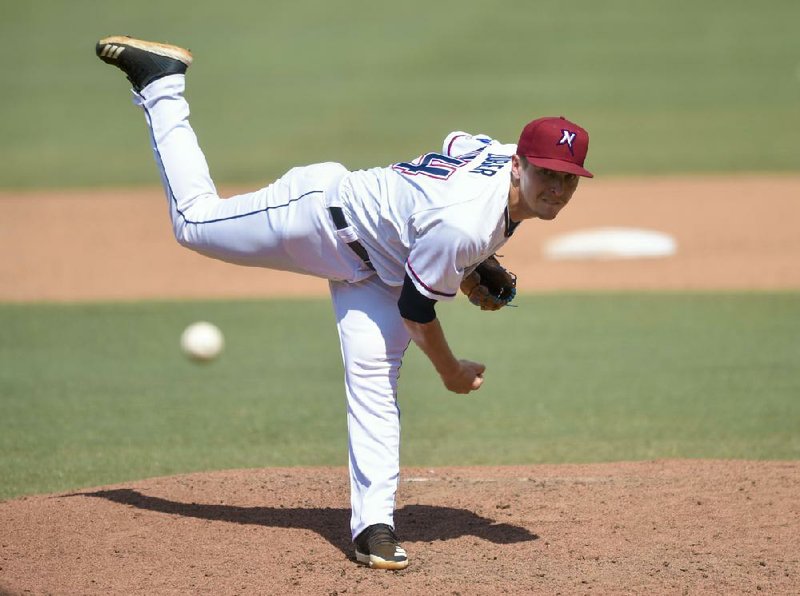 Former Arkansas State and White Hall standout Tyler Zuber, here pitch- ing for the Northwest Arkansas Naturals last year, has been prepar- ing himself for the day when he can resume his minor-league career. (NWA Democrat-Gazette/Charlie Kaijo) ( Charlie Kaijo)

Tyler Zuber may have been on his way to a Major League Baseball debut in 2020.

Three seasons of developing in the minor leagues, including a strong showing in 2019 highlighted by a Class AA call-up, were behind him. In February and early March, he was attending big-league camp for the first time in his career, facing the caliber of hitters in spring training he hopes to eventually see on a full-time basis.

But by mid-March, the coronavirus pandemic had brought baseball to a standstill, putting a dent in Zuber's hopes.

Since then, the former Arkansas State University star and White Hall product has been back in his hometown, still training daily and patiently waiting for baseball's return.

"It's been crazy, it's been hectic and it's been odd," Zuber told the Arkansas Democrat-Gazette. "Obviously baseball players are routine-oriented. So getting out of your routine in spring training, it kind of throws everything all off."

Luckily, the $400 weekly pay from MLB hasn't stopped and continues through May 31.

The routine now for Zuber, a sixth-round draft pick by the Kansas City Royals in 2017, is much simpler. His days at his family's home in White Hall consist of lifting weights out of his garage and throwing a baseball by his dad's shop.

"We got a net that we put up underneath my dad's shop overhang, so it allows me to throw even if it's raining," Zuber said. "I've been trying to throw bullpen [sessions] twice a week, throwing live once a week, and just really trying to stay in the best possible shape I can under the circumstances that I'm under."

Every Friday, he meets up with his friend, Stuart Levy -- a former ASU teammate who was drafted by the Baltimore Orioles in 2015 and is now playing Independent ball -- to pitch against him.

Zuber is coming off his best season.

The right-handed reliever began 2019 with the Class A-Advanced Wilmington Blue Rocks, appearing in 21 games with a 1.23 ERA and a 0.92 WHIP, tallying 11 saves in 13 opportunities and 38 strikeouts.

That earned him a promotion to Class AA in June, landing him a spot on the Northwest Arkansas Naturals. In 22 games with the Naturals, Zuber posted a 2.42 ERA, 0.88 WHIP, 10 saves in 13 chances and 30 strikeouts.

He said he experienced an uptick in velocity in 2019, but more than anything, Zuber felt he matured mentally as a pitcher.

"It definitely helped me blossom into my true self last year," Zuber said. "I feel like that's when I truly found who I was as a pitcher, what I could do, and then I kind of just took that into winter ball last year. And then after winter ball, I took that into spring training and then was gonna keep that thing rolling all year long."

Despite his productivity, the 24-year-old didn't envision that an invite to the Royals' big-league camp in Surprise, Ariz., was coming this year.

Then he got the call one day in January.

Zuber said spring training was an eye-opening experience. There, he developed a consistent change-up to add to his pitch arsenal. He also got a small dose of what he hopes is his future.

He pitched in several games, including one against the Chicago White Sox where he got to face the club's Nos. 1-6 batters in the lineup.

Zuber still can recite their names with ease.

"I didn't realize that Encarnacion had over [400] career home runs," Zuber said. "[Over] 6,000 career MLB at-bats, and I end up striking him out on a slider. And then afterwards, for some reason, I was like, 'There's no way this is the same Encarnacion that I watched when I was like 10. Like there's no way.'

Zuber credited that game as being a confidence-builder.

"Just to see a team that we would be playing [in the AL Central] and getting to face those guys, [it just put] a little thought in my head that, 'Hey, you can get these guys out, you're good enough, your stuff's good enough to get these guys out,' " Zuber said. "It just kind of like helped solidify that I want to be, and I will be, a big leaguer one day."

He doesn't know when that day will come, but he's trending in that direction. If not for the pandemic, Zuber said he thinks he would have had a good chance at making it to the big leagues this season.

No one knows what's going to happen to the MLB season or how it will affect the minor-league season. The best Zuber can hope for is that a season starts at some point.

Until then, he is treating this time away like an "extended rain delay," a comparison he heard from Royals Manager Mike Matheny. 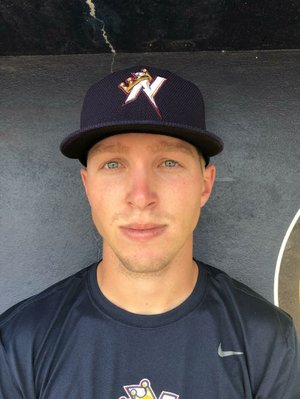 "You have no idea when the rain's gonna stop. You know it's gonna stop. And you know we're gonna get back to playing," Zuber said. "The question is just when?"