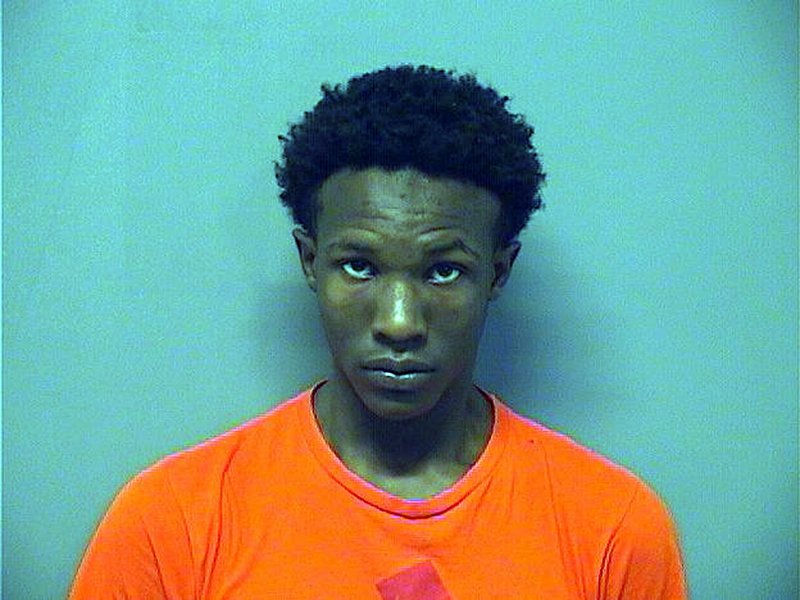 A Hot Springs teen was arrested Monday on felony warrants after police reportedly identified him as the driver of a vehicle involved in a drive-by shooting last week.

Kylan D'andrea Allison, 19, who lists a South Danna Drive address, was taken into custody in the 1800 block of Hobson Avenue shortly before 3 p.m. and charged as an accomplice for committing a terroristic act, punishable by up to life in prison, and theft of property over $1,000, punishable by up six years, stemming from an unrelated warrant.

He remained in custody Tuesday on zero bond and is set to appear today in Garland County District Court.

According to the probable cause affidavit, on Wednesday, April 22, around 4:30 p.m., officers responded to a residence in the 400 block of North Patterson Street regarding a terroristic act that had just occurred.

Officers reportedly found 33 spent cartridge cases in the yard of the residence and the street. It was noted the house was struck numerous times with bullets going into interior rooms. No one inside the house was injured.

A witness reported hearing the shots and seeing a gray Toyota Camry occupied by several people fleeing the area. Video surveillance was obtained from the area which showed four suspects exit the Camry and begin shooting at the house while the driver, later identified as Allison, stayed in the car.

On Monday, Allison was arrested on the unrelated theft warrant and taken to the police department where he was questioned about the shooting after being read his Miranda rights. He reportedly admitted he was the driver of the Camry and knew the other four suspects were armed and were going to the house on North Patterson to shoot it.

According to the affidavit on the theft charge, on March 18, a local man with a music studio in a storage building on Bolivar Street told police he had a client in his studio the day before he knew only as Kylan, who was about 19 and told him he was from Arkadelphia.

The man later discovered two Citizen watches, an Xbox, a video game and headphones, with a total value of $1,310, were missing from the studio. He said he reviewed his security footage of the room and saw where Kylan had stepped off to the side while the man was editing music and began taking items and putting them in his backpack.

Detective Les Jessup determined there was a Kylan Allison listed at an address in Arkadelphia who sold the stolen Xbox game at Game Exchange in Hot Springs on March 18. Jessup compared Allison's driver's license photo to the youth seen in the victim's security footage and confirmed it was the same person. A warrant for Allison's arrest was issued on March 18.