Project bass: Popular game fish a portal to many other adventures 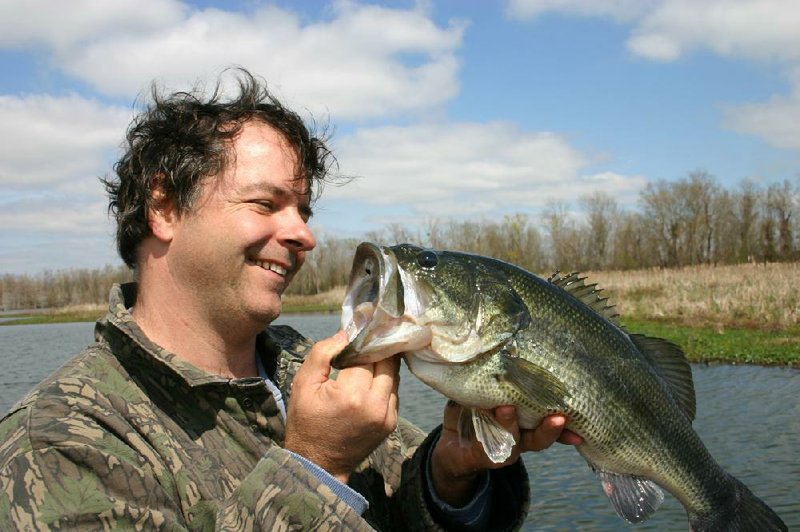 The largemouth is the biggest and most widely dispersed of the black bass. Greenish in color with an unbroken lateral line, it is found in most Arkansas waters. (Arkansas Democrat-Gazette)

We're getting pretty good with our spinning rigs and baitcasting rigs, and now we're ready to specialize on a favorite fish.

We have so many exciting options in Arkansas, but since they are ubiquitous in Arkansas, we devote this part of the beginner's fishing series to black bass. When you become a capable bass angler, you will have all of the skills necessary to catch any kind of fish anywhere.

Three species of black bass inhabit Arkansas, the largemouth, smallmouth and spotted bass, also known as the Kentucky bass or "spot." All are members of the sunfish family which includes bluegills, redear and longear bream. The largemouth is the most popular and also the most widely dispersed of the black basses. It inhabits every lake, river and stream in Arkansas, and also a great many ponds.

Greenish in color, the largemouth bass is relatively long with a deep belly. It has a distinctive black, horizontal stripe down both sides called a lateral line. With the mouth closed, the back of its jaw extends past the rear margin of the eye. The world record largemouth bass weighed 22 pounds, 4 ounces and was caught in Georgia in 1932. The largest officially caught in Arkansas weighed 16-8, in 1975.

Though generally associated with clear water, the spotted bass is common in the rivers of the Gulf Coastal Plain and the Mississippi River Delta, and also in the Ozark foothills. The Ouachita, Saline and Fourche La Fave Rivers are excellent places to catch "spots." It also thrives in deep, clear reservoirs such as lakes Ouachita, Greers Ferry, DeGray and the White River reservoirs. The world record weighed 11-4. The Arkansas record is 7-15, caught on Bull Shoals Lake in 1983. My personal best is 4-7, caught in 1993 on the Black Warrior River in Alabama.

The spotted bass looks similar to the largemouth but is identifiable by its broken lateral line. On some it looks like an Argyle pattern. On others it looks like a seismograph readout. Also, a secondary pattern often runs along the upper sides under the dorsal fin. With the mouth closed, the jaw does not extend past the back of the eye.

Spotted bass are fun to catch. They overpopulate in many reservoirs, and in some rivers like the Caddo, they are displacing smallmouth bass, so keeping and eating "spots" benefits them and other fisheries.

The smallmouth is easy to distinguish from the largemouth and spotted bass. It is generally colored olive or brown with a bronze tint offset with vertical bars or mottles. The smallmouth bass is the favorite quarry for float fishermen and wade fishermen. A 3-pounder is a big smallmouth. They grow considerably larger in lakes, but that is a different game.

Finding and catching largemouth bass is easy. They prefer shady cover like fallen logs, aquatic grass and weeds, lily pads and rocks. They lurk among the shadows waiting to ambush minnows, small bream, frogs, crawdads and anything else that might enter the water, like nestling birds and ducklings. In lakes, they are more nomadic, following baitfish.

The thin minnow plug -- stickbait -- is a variation of the crankbait that is very effective in the spring and fall.

The largemouth bass is an apex predator in his environment. It is an aggressive, voracious eater and will eagerly bite things that do not resemble anything that exists in nature. Don't overthink it. The largemouth is easy to catch. The thinking comes later, when and if you start targeting mature, bigger class fish.

The same rules generally apply to spotted bass. In streams, of course, they relate to current, so you will find them around structures that provide ambush cover and refuge from the current. You'll catch them in streams and rivers using the same baits and tactics you would for largemouths. In lakes, spotted bass relate to hard bottoms in deeper water than what largemouths prefer. You'll catch them over ledges, pea gravel bottoms and chunk rocks away from the bank. The most dependable methods are using small soft plastic lures on light jigs on the bottom with spinning equipment and light line.

Smallmouth bass roam rocky bottoms in clear streams and rivers hunting for crawdads and other prey. You can catch them with soft plastic baits resembling crawdads, lizards, centipedes and grubs. Mornings and evenings are the best times to catch them on topwater lures in sunny weather. In overcast weather, they will hit topwater lures all day.

Smallmouths will also hit crankbaits along deeply sloping gravel banks and also along mid-stream cover like boulders and fallen trees.

We will cover all of these methods in coming editions. 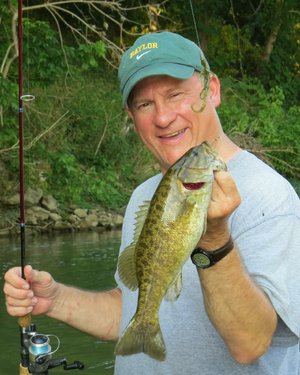 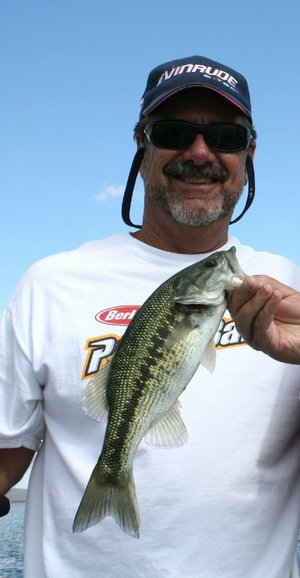 The Kentucky bass inhabits all Arkansas reservoirs and many of its streams. It looks similar to a largemouth but is smaller. Its lateral line is uneven, and its jaw does not extend past the back of the eye. (Arkansas Democrat-Gazette/Bryan Hendricks)