Bucks hold on in restart opener 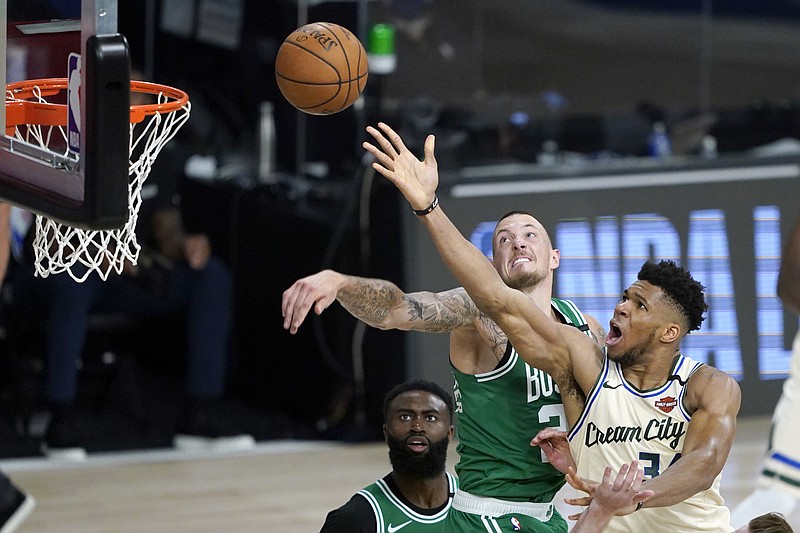 LAKE BUENA VISTA, Fla. -- Giannis Antetokounmpo converted a tiebreaking three-point play with 1:28 left on an overturned call that kept him in the game and helped the Milwaukee Bucks beat the Boston Celtics 119-112 on Friday night.

Antetokounmpo had 36 points, 15 rebounds and 7 assists in the Bucks' first game in the restart. Milwaukee improved the NBA's best record to 54-12 and moved within a victory of clinching the top seed in the Eastern Conference for the second consecutive year.

Boston overcame a poor start to tie it at 107. Antetokounmpo was then called for a charging foul, appearing to negate his basket and giving him a sixth foul. The call was changed to a blocking foul on Boston's Marcus Smart after review, and Antetokounmpo made the free throw to make it 110-107.

Khris Middleton then knocked down a three-pointer for a six-point advantage.

Middleton added 18 points for the Bucks, who played without Eric Bledsoe and Pat Connaughton while they work on their conditioning after testing positive for the coronavirus.

Smart scored 23 points for the Celtics and Jaylen Brown had 22, but star forward Jayson Tatum had a nightmarish restart. He had five points on 2-for-18 shooting -- though he actually only made one basket.

Kemba Walker scored 16 points but played just 19 minutes as the Celtics look to keep the All-Star guard healthy after he's been battling a sore knee.

In other NBA games Friday, CJ McCollum scored 33 points and the Portland Trail Blazers pulled out a desperately needed victory to resume their season by beating the Memphis Grizzlies 140-135. Damian Lillard finished with 29 points and nine assists to help the Trail Blazers boost their hopes for a seventh consecutive playoff appearance. Jaren Jackson Jr. had 33 points and rookie Ja Morant added 22 points and 11 assists for Memphis. ... Evan Fournier scored 24 points, Nikola Vucevic had 22 and the Orlando Magic picked up where they left off before the NBA season was suspended, beating the Brooklyn Nets 128-118. The Magic extended their winning streak to four and moved back ahead of the Nets into seventh place in the Eastern Conference. Timothe Luwawu-Cabarrot scored 24 points for the Nets. ... Devin Booker scored 27 points, Deandre Ayton added 24 points and 12 rebounds and the Phoenix Suns beat the Washington Wizards 125-112. ... DeMar DeRozan scored 17 of his 27 points in the fourth quarter to help the San Antonio Spurs pull away and beat the Sacramento Kings 129-120. DeRozan shot 10 of 13 and had 10 assists for the Spurs, who shot 53.3 percent from the floor. Derrick White matched a career high with 26 points in San Antonio's first game of the restart.... James Harden scored 49 points and the Houston Rockets outlasted the Dallas Mavericks 153-149 in overtime. Harden made 1 of 2 free throws before Trey Burke made a three-pointer to get the Mavericks within 3 with about 15 seconds left in OT. Harden made 1 of 2 free throws after that, Burke missed a three-pointers, and Harden got the rebound to secure the victory. Russell Westbrook added 31 points for the Rocket. Kristaps Porzingis had 39 points and 16 rebounds for Dallas, and Luka Doncic had a triple-double with 28 points 13 rebounds and 10 assists. Burke had 31 points, making eight of 10 three-pointers. 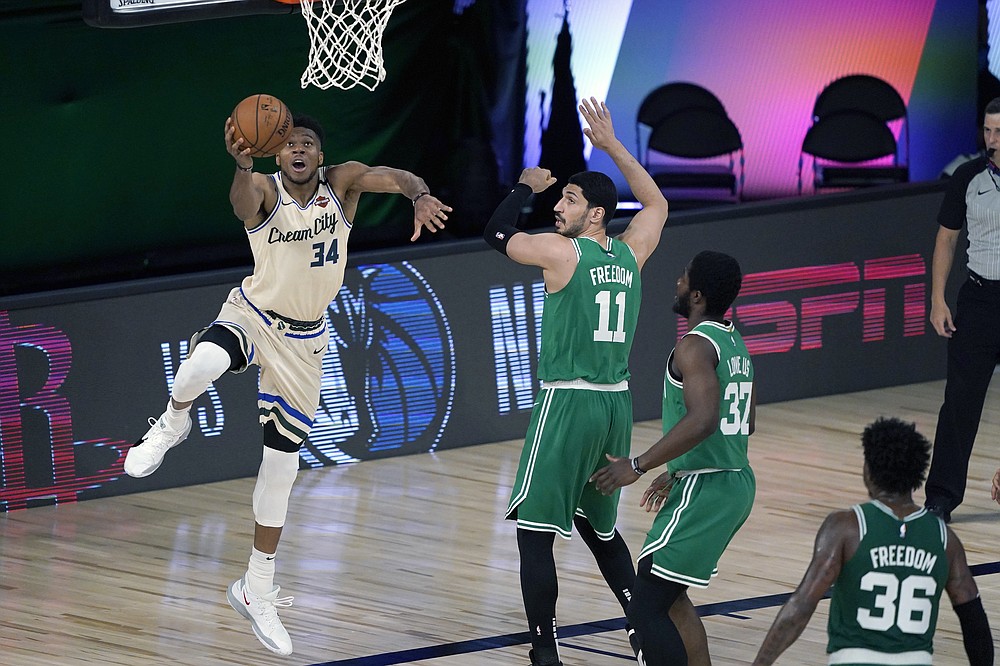 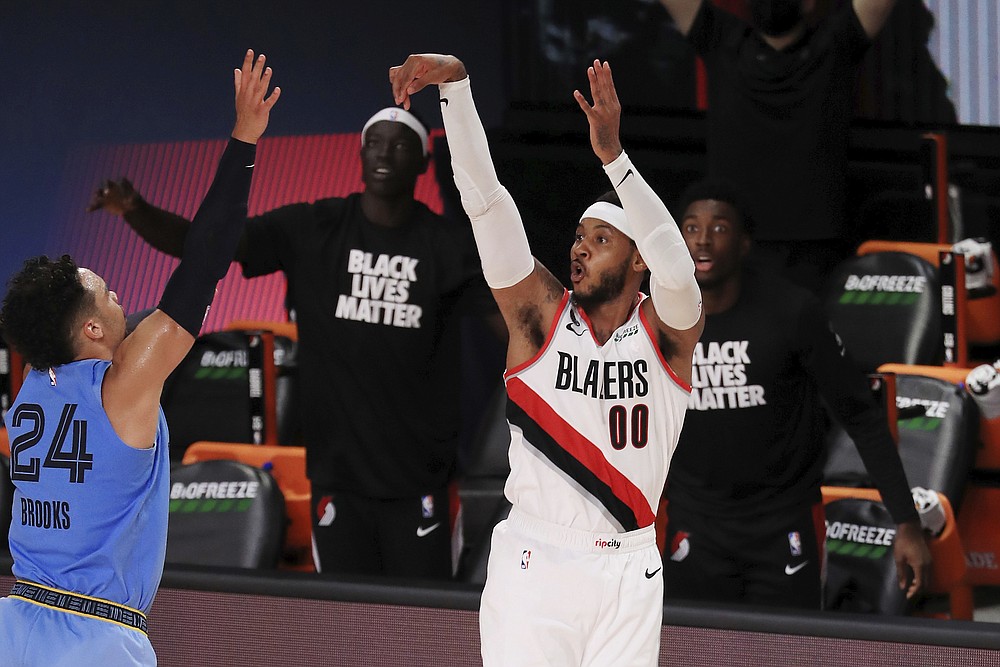 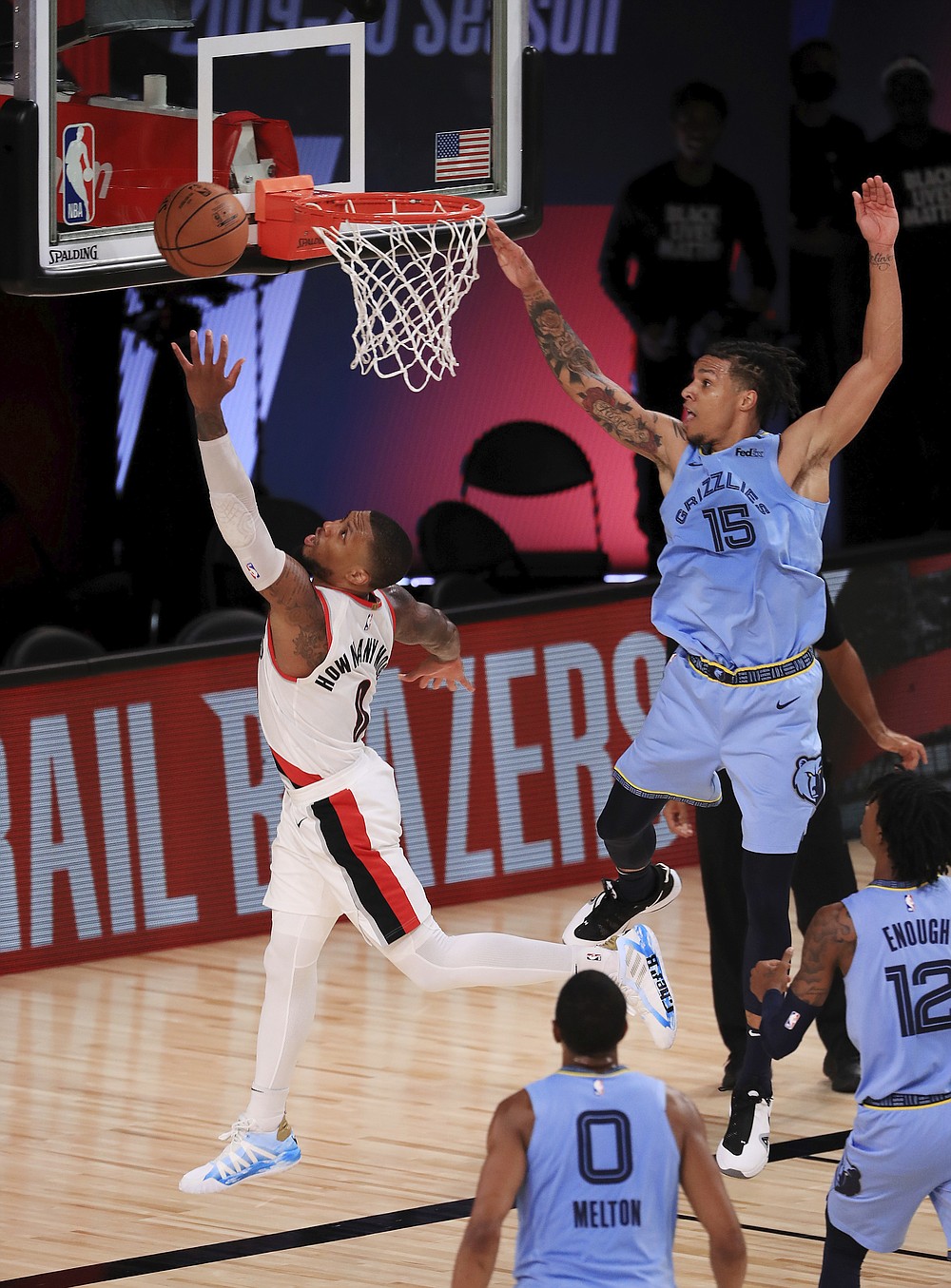 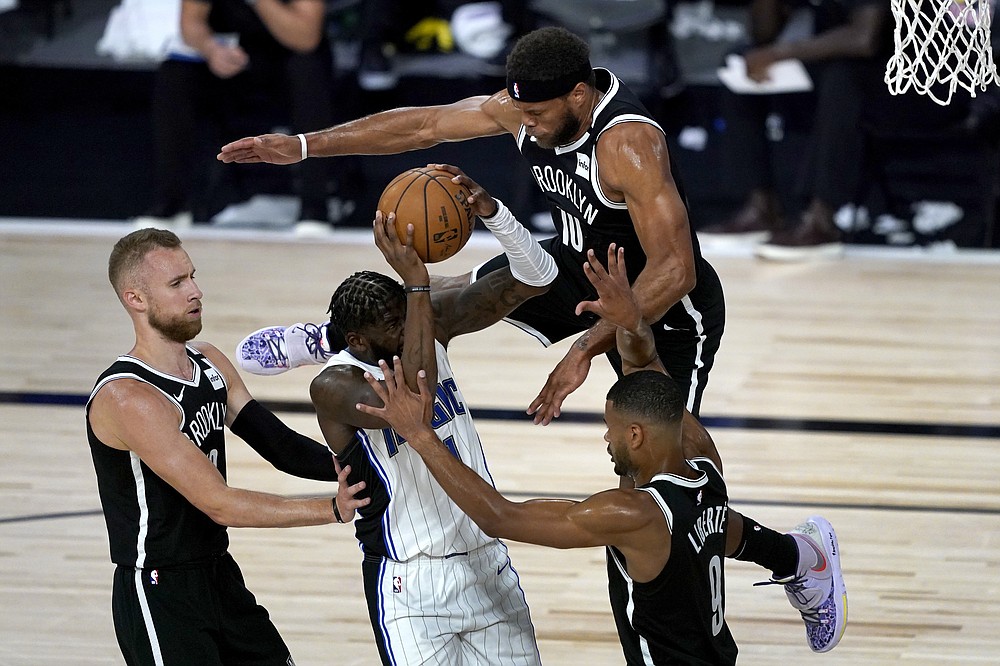 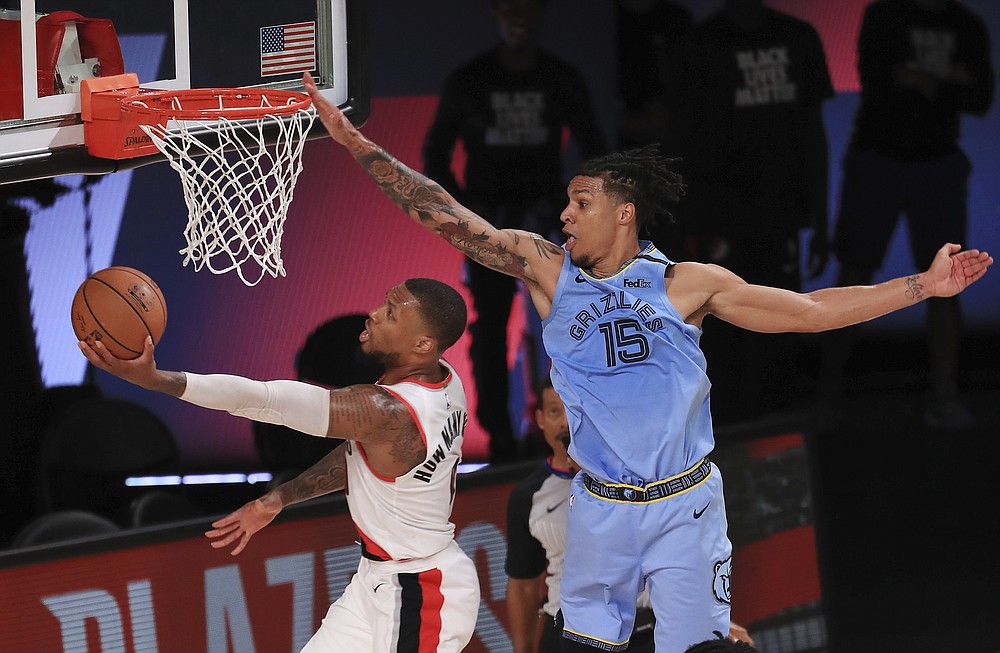 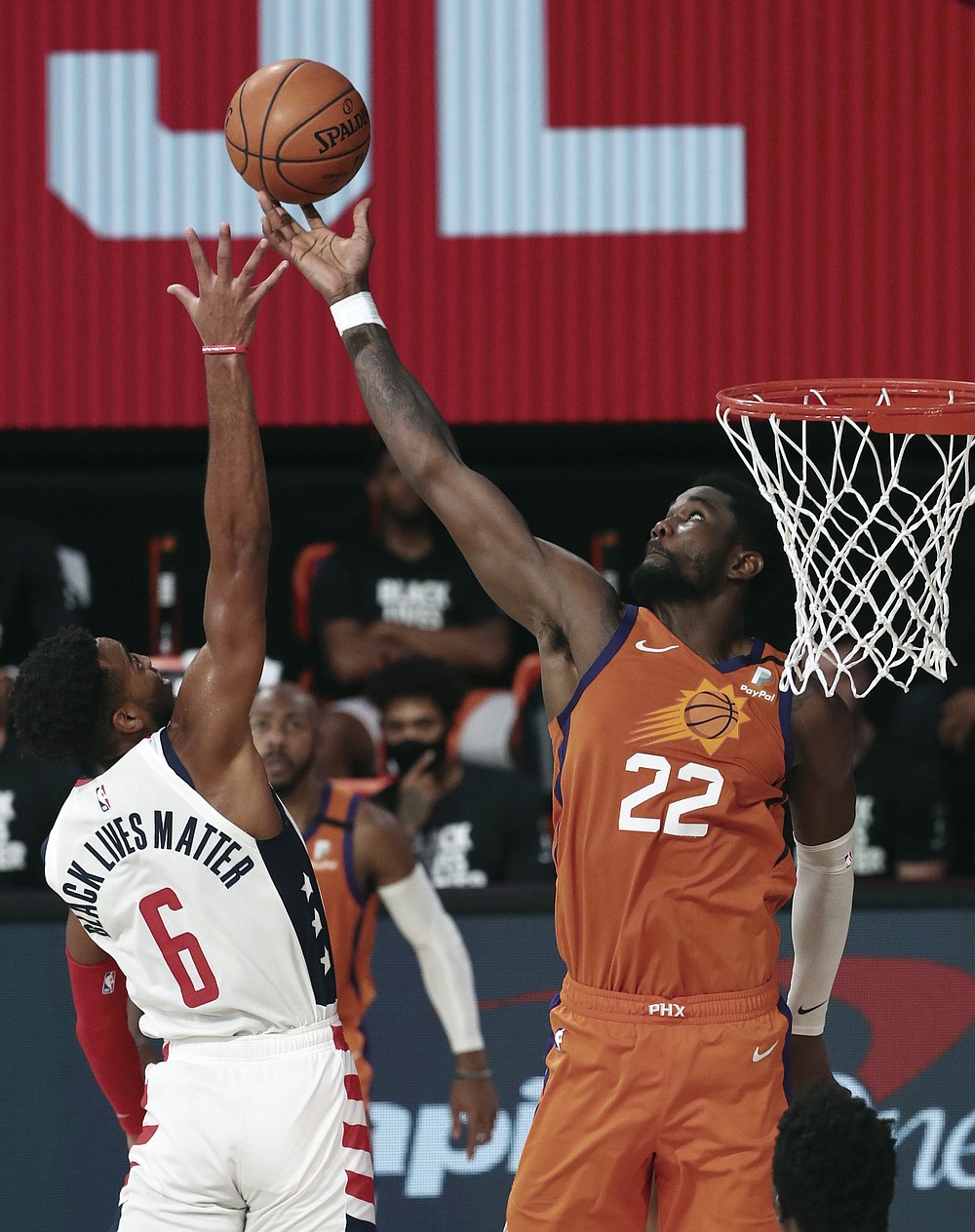 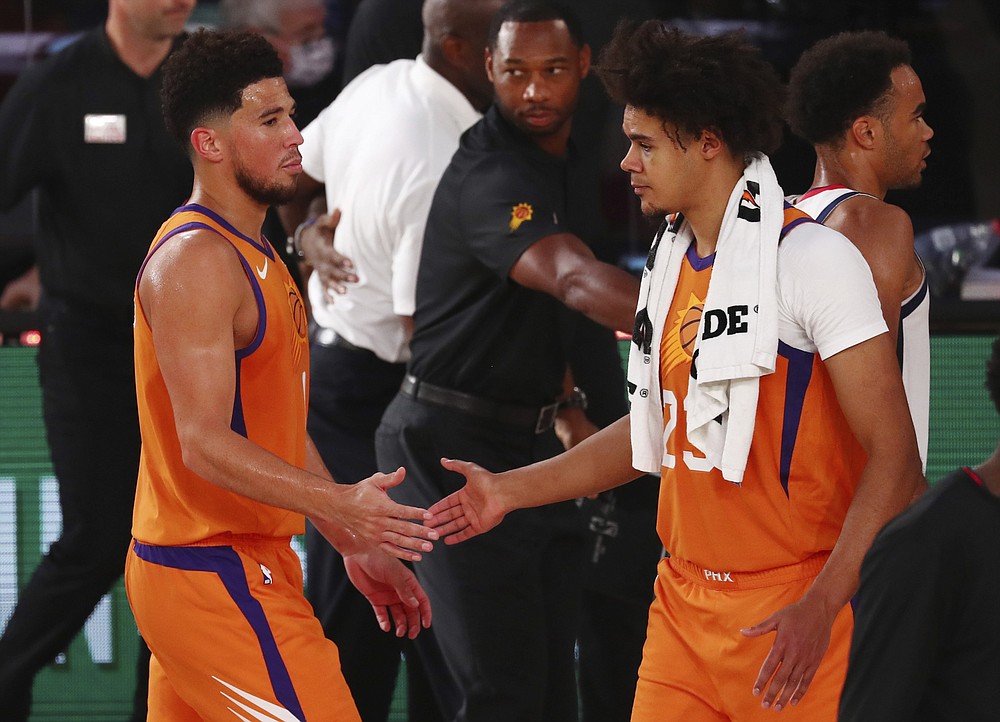