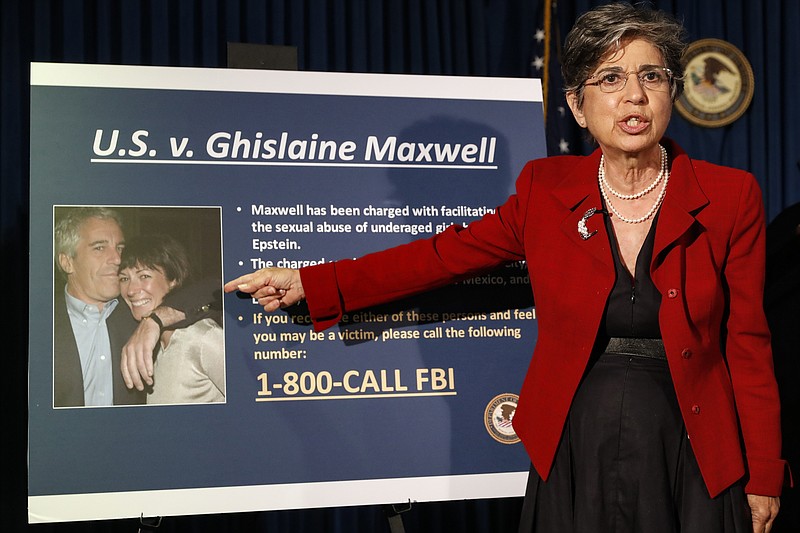 FILE- In this July 2, 2020 file photo, Audrey Strauss, Acting United States Attorney for the Southern District of New York, speaks during a news conference in New York, to announce charges against Ghislaine Maxwell for her alleged role in the sexual exploitation and abuse of multiple minor girls by Jeffrey Epstein. The judge presiding over the criminal case against Maxwell said Friday that her attorneys are not permitted to publicly identify accusers even if they've spoken in a public forum. (AP Photo/John Minchillo, File)

NEW YORK -- The judge presiding over the criminal case against a British socialite charged with recruiting teenage girls for financier Jeffrey Epstein to sexually abuse said Friday that her attorneys are not permitted to publicly identify accusers even if they've spoken in a public forum.

"Not all accusations or public statements are equal," U.S. District Judge Alison Nathan wrote in her ruling in the case facing Ghislaine Maxwell.

"Deciding to participate in or contribute to a criminal investigation or prosecution is a far different matter than simply making a public statement 'relating to' Ms. Maxwell or Jeffrey Epstein, particularly since such a statement might have occurred decades ago and have no relevance to the charges in this case."

She said the women "still maintain a significant privacy interest that must be safeguarded."

Prosecutors had asked Nathan to block Maxwell's lawyers from publicly identifying the women unless they identified themselves as participants in the criminal case. Otherwise, prosecutors said, the women may be harassed or intimidated and become reluctant to cooperate with the government.

Nathan's order came hours after newly unsealed court documents provided a fresh glimpse into a civil court fight between Maxwell, who was Epstein's former girlfriend, and one of the women who accused the couple of sexual abuse.

The documents released late Thursday were from a now-settled defamation lawsuit filed by one of Epstein's reported victims, Virginia Roberts Giuffre.

Giuffre said in the suit and other litigation that Maxwell recruited her in 2000 to be a sexual servant to Epstein. She said the couple subsequently pressured her into having sex with numerous rich or notable men, including Britain's Prince Andrew, U.S. politicians, wealthy entrepreneurs, a famous scientist and a fashion designer.

Maxwell, and all of the accused men, have denied those allegations for years.

Among the newly released documents were emails Maxwell and Epstein exchanged in January 2015, when Giuffre's allegations were getting a new round of media attention.

One email, sent from Epstein's email address appeared to be a draft statement or set of talking points for Maxwell to use in defending herself. It said she had been the target of "false allegations of impropriety and offensive behavior that I abhor and have never ever been party to."

Responding to a Maxwell email a few days later, Epstein wrote: "You have done nothing wrong and I [would] urge you to start acting like it." He suggested she go outside and hold her head high, "not as an [escaping] convict."

Epstein killed himself last summer while awaiting trial on sex trafficking charges. Maxwell was recently arrested on federal charges that she recruited at least three girls, including one as young as 14, for Epstein to sexually abuse in the 1990s. Prosecutors said she also joined in the abuse.

Giuffre over the years has told her story to the FBI, but no charges were filed based on her allegations and she is not one of the three alleged victims in the current criminal case against Maxwell.

Two documents that were not released as scheduled Thursday were depositions Maxwell gave in the civil lawsuit in 2016.

U.S. District Judge Loretta A. Preska had ordered them released, but Maxwell's lawyers appealed her ruling to the 2nd U.S. Circuit Court of Appeals.

Her lawyers said they should be blocked because she now faces criminal charges.

Information for this article was contributed by Michael R. Sisak and Jim Mustian of The Associated Press. 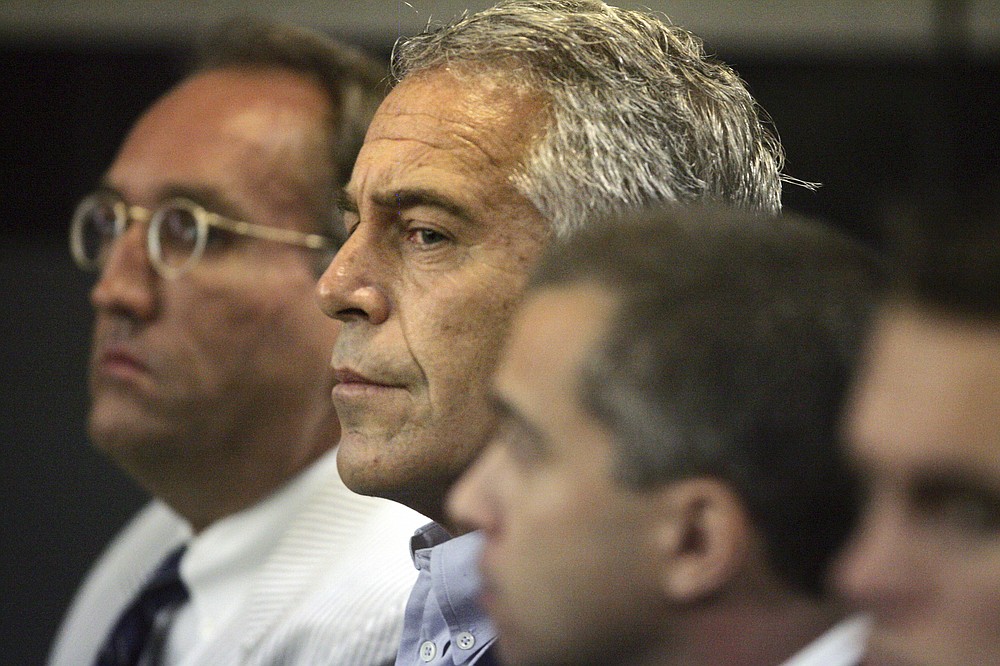 FILE- In this July 30, 2008, file photo, Jeffrey Epstein appears in court in West Palm Beach, Fla. Newly unsealed court documents provide a fresh glimpse into a fierce civil court fight between Epstein's ex-girlfriend, Ghislaine Maxwell, and one of the women who accused the couple of sexual abuse. The documents released Thursday, July 30, 2020, were from a now-settled defamation lawsuit filed by one of Epstein's alleged victims, Virginia Roberts Giuffre. (Uma Sanghvi/Palm Beach Post via AP, File) 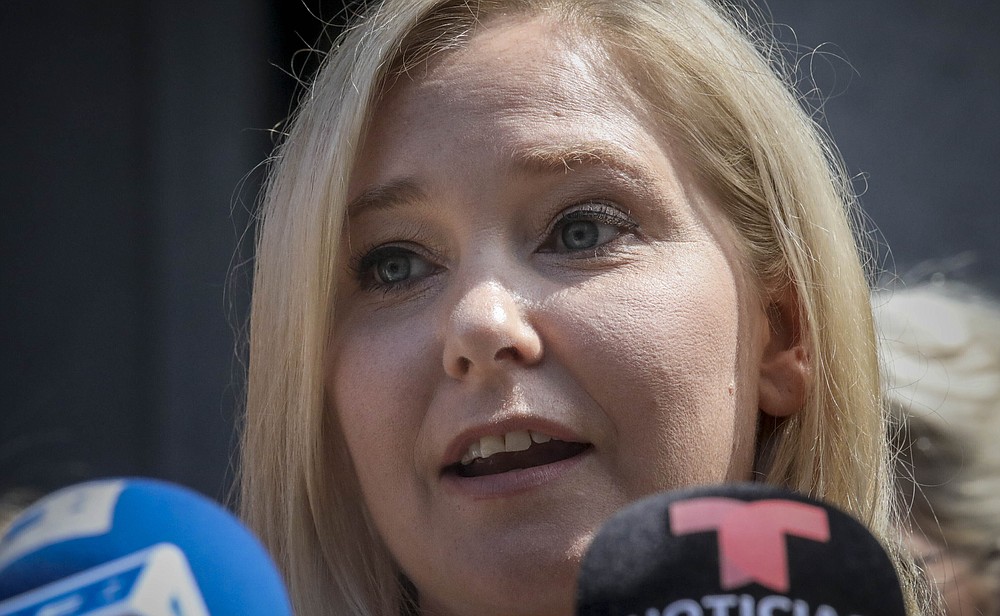 FILE - In this Aug. 27, 2019, file photo, Virginia Roberts Giuffre, a sexual assault victim, speaks in New York. Newly unsealed court documents provide a fresh glimpse into a fierce civil court fight between Jeffrey Epstein's ex-girlfriend, Ghislaine Maxwell, and one of the women who accused the couple of sexual abuse. The documents released Thursday, July 30, 2020, were from a now-settled defamation lawsuit filed by one of Epstein's alleged victims, Giuffre. (AP Photo/Bebeto Matthews, File)
ADVERTISEMENT