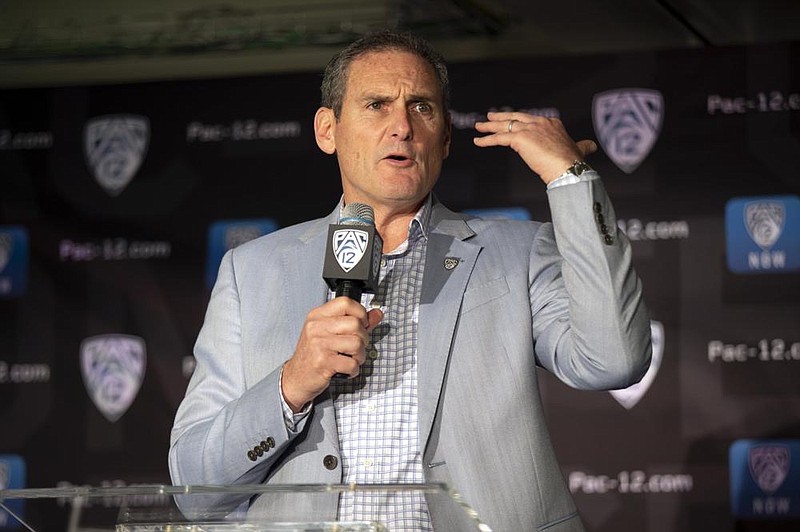 The Pac-12 on Friday set Sept. 26 as the start of its 10-game, conference-only football schedule, joining the SEC in pushing back its season by nearly a month because of the coronavirus pandemic.

The Pac-12 announced three weeks ago it would eliminate nonconference games to give its 12 member schools a better chance to manage complications and disruptions caused by the health crisis. The plan approved by university presidents adds an additional cross-divisional game to each team's slate and moves the conference championship game back two weeks from Dec. 4 to Dec. 18 or 19.

The game, originally set to be played for the first time at the new NFL stadium in Las Vegas, will now be hosted by the highest-seeded team. The two-year deal with Las Vegas will instead begin in 2021, Commissioner Larry Scott said.

The conference also plans to start the season with a couple of rivalry games usually saved for the end of the season: UCLA will face USC and Arizona meets Arizona State on Sept. 26 -- if they can play.

The Pac-12 said the season is to "commence on Sept. 26 (normally Week 4), with the flexibility if necessary to commence on a later date if the situation warrants."

California and Arizona have been among the hardest hit by a surge in covid-19 cases over the last month.

The Pac-12′s schedule announcement is the third for a Power Five football conference in as many days, following the Atlantic Coast Conference and the SEC. The ACC said it would play 10 conference games and give schools the opportunity to play one nonconference game. The SEC, like the Pac-12 and Big Ten, is playing only within the conference.

Still to come is a reworked schedule from the Big Ten, which was the first major-college football conference to announce its teams would only play within the league, and a scheduling decision from the Big 12.

The college football season was set to begin in earnest on Labor Day weekend. The NCAA is permitting teams to begin preseason practice 29 days before the date of their originally scheduled season-opener, which would be next week for most of the Bowl Subdivision.

Scott said Pac-12 training camps for football can open Aug. 17. Several Pac-12 schools, including USC, UCLA and California, are currently operating under restrictions set by local authorities to slow the spread of coronavirus that would prevent football teams from practicing.