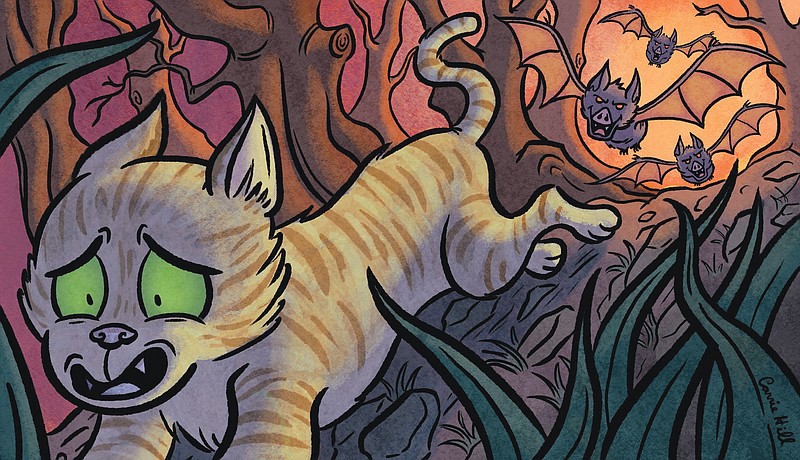 Q My cat BarB — so named because I found her as a kitten hiding under my barbecue grill — now lives in my house and doesn't venture outdoors. Her veterinarian insists she needs rabies vaccination. Why is this necessary, if she's a committed homebody?

A BarB should be vaccinated for rabies to protect herself and you from the deadly disease.

In the United States, the cat is the domestic animal that most often tests positive for rabies, and the bat is the most commonly infected wildlife species.

Rabid bats bite indoor cats if they meet on the balcony or when the bat enters the home through a torn window screen or flies down the chimney. Some indoor cats are bitten when they escape for even a short time from the home or car.

If BarB's rabies vaccination isn't current and she is exposed to a rabies-infected animal, your county and state laws dictate what follows. That step could range from a stressful and expensive months-long quarantine, usually at an animal shelter or veterinary hospital, to euthanasia.

If she bites you, a veterinary staff member or a visitor in your home, the stakes are even higher.

That's to prevent BarB from transmitting rabies to humans, where the disease causes a gruesome death.

Globally, 59,000 people die every year from rabies. In this country, most human cases result from a bat bite inside the home.

In January, the Journal of the American Veterinary Medical Association published the most recent analysis of rabies data, the reports from 2018, when three people in this country died of rabies.

That January, a 6-year-old Florida boy died after having been bitten by a bat. In August, a 69-year-old Delaware woman died of raccoon rabies, despite no known contact. In November, a 55-year-old Utah man died of bat rabies.

Like other people bitten by bats, the man didn't know he'd been bitten while shooing bats from his house. If he wasn't aware of the bite, you know BarB won't alert you if a bat ever bites her.

So, keep her rabies vaccination current, even though she's always indoors.

Q Our veterinarian diagnosed our dog Crew with epilepsy and prescribed medication, which has significantly decreased the frequency and severity of his seizures. About the only time Crew has a seizure is soon after someone visits our home. Is this unusual?

A Many humans with epilepsy recognize that certain factors, most notably stress but also sleep deprivation, infectious disease and hormonal changes, can precipitate seizures.

The same is true in dogs, where epilepsy is the most common neurological disorder.

In a recent study, veterinarians questioned families of 50 epileptic dogs about factors that precipitated their seizures. The researchers learned that lifestyle events and whether the dog was sterilized played a role.

Seizures occurred in 42% of females during their heat cycles and in 33% of unsterilized males exposed to a female dog in heat. So, it's important to sterilize any dog diagnosed with epilepsy.

So, let your veterinarian know about Crew's increased seizure frequency when people visit. Your vet may prescribe an additional medication you can give Crew to decrease anxiety and seizures when visitors are expected.