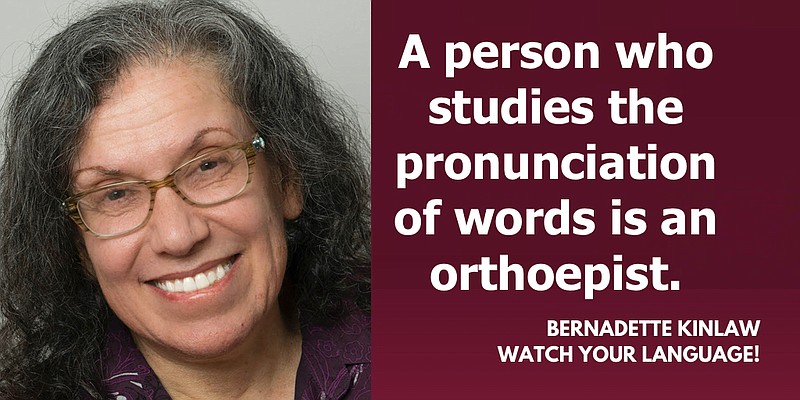 Many people pronounce words incorrectly even though they know they’re saying them wrong. It’s just a brain thing. They can’t seem to conquer the tongue enough to say the word right.

It’s as if you’re an expert typist but your forefinger or pinkie randomly hits the wrong key. It’s similar to knowing each step of your favorite dance, but your foot decides to land in the wrong place. Or it’s that time you miss your exit off the highway even though you’ve taken that same trip hundreds of times.

Many people say “liberry” instead of library, while knowing they’ve dropped the first r.

We hear incorrect pronunciations even though the speaker knows the true spelling well. Maybe our brains are annoyed because English words are rarely spelled phonetically. Perhaps the brain is saying, “This makes no sense.”

Much of the time, the speaker drops or adds a letter or switches out a letter. Some examples of common mispronunciations are:

artic instead of arctic

barbituate instead of barbiturate

expresso instead of espresso

libel instead of liable

I doubt I have ever said clothes closet. I’m more likely to say “close closet.”

Some mispronunciations are the anticipated repetitions of syllables. I always say “Sho-shul Security number” instead of “Social Security number.” Maybe my brain thinks the first and second syllable should start with the same sound, sh.

A friend’s children would always say “scunscreen” instead of “sunscreen.”

Again, your tongue simply does what it wants to. Or your brain dislikes the common pronunciation.

A couple of friends have trouble with “milk.” It’s not that they’re lactose intolerant. One pronounces it “malk.” Another says “mehlk.”

Most of the people told me that, after saying the word wrong, they often hear someone in the family tease them about that mispronunciation. That didn’t mean they changed their ways.

Some trouble arises from foreign words that have entered our language. How could any new English speaker know how to say “ennui,” “potpourri” or “nouveau”? One friend says “AN-you-wee” instead of “ahn-WEE” for ennui. A friend’s mom would regularly slaughter the word “prosciutto,” calling it “prah-ski-ooh-toe” instead of “pro-shoo-toe.”

At times, people switch letters and can’t seem to switch them back. One woman always says “single” instead of “signal.” One man says “treatsie” when he means “treatise.”

Other random pronunciations that friends mentioned:

verbage instead of verbiage

Medications have such crazy spellings that people naturally pronounce those wrong. I take something called Amlodipine, and each time I have to say it, I say, Amlo-pa-something. I can’t even get the third syllable right.

A couple of mispronunciations infuriate some listeners. People could have years-long disagreements over the pronunciation of “salmon” and “almond.” The “discussion” is over whether to pronounce the l in salmon and almond. This is less of a flip of the tongue and more what one has learned and decided to believe.

Merriam-Webster and the Oxford English Dictionary agree on the matter — the l isn’t pronounced.

I read an entertaining article about almond growers in California. One person said that at Almond Board meetings, one can always discern where the almond grower was from by whether or not the l in almond was pronounced. I guess the board’s bylaws skirted this weighty matter.

One grower, David Doll, said, “People who refer to [almonds] as am-end tend to be longer term farmers, so they’ve been farming for multiple generations.”

Charles Elster, who wrote the “Big Book of Beastly Pronunciations,” was opposed to using the l in almond or salmon. He unwillingly admitted that even educated people say the l. He conceded, saying he would “refrain from issuing a dictum and instead defer to regional preference — in common parlance, go with the flow.”

I’m sure that pained him.

By the way, a person who studies the pronunciation of words is an orthoepist. Welcome to the world of orthoepy.

I neglected to mention a word when I last discussed amusing words or senses added to the dictionary.

I found a 2012 article celebrating five years since Merriam-Webster added the meaning for “smackdown”: a contest in entertainment wrestling. I’ll admit, I thought this was a strange thing to celebrate, but the writer said those in WWE, World Wrestling Entertainment, were delighted by the honor.

The definition’s first sense, “the act of knocking down or bringing down an opponent,” had been around since the 1930s.

I will be setting my alarm for 2024, to celebrate the 420th anniversary of when the word chocolate entered the language. I have my priorities.