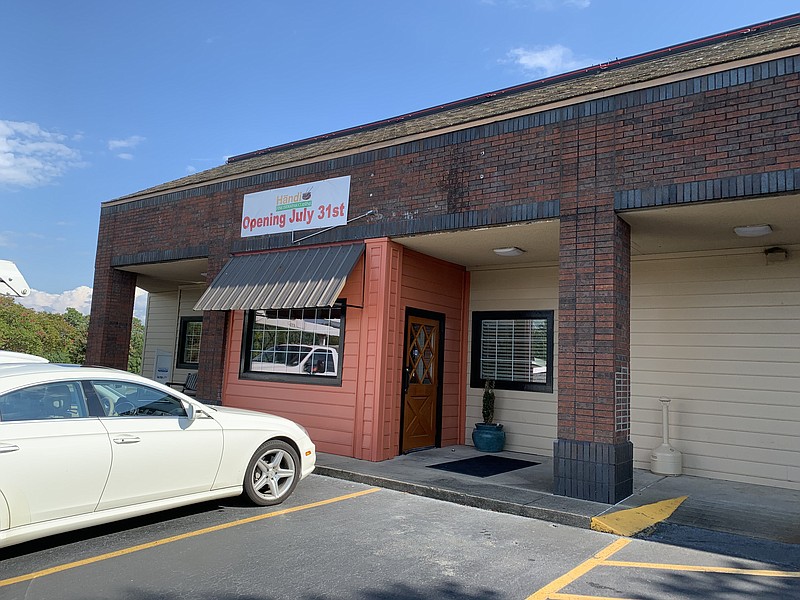 Owner Gracie Soto says a combination of delays and setbacks, many of them involving permits, have pushed back the target date to the second week of September for the opening of Restaurant Bar Mar y Tierra, in the eastern half of the brick building at 1900 W. Third St., Little Rock. The menu, as you might have figured out from the name, will consist primarily of steak and seafood; tentative hours are 11 a.m.-10 p.m. daily. Soto has said she's planning to have music, including Latin karaoke on the weekends. The space has housed many eating and drinking establishments, the latest of which was Satchemo's Bar and Grill; previous occupants include, not necessarily in this order, Twelve Modern Lounge, Star Bar, Cove Ultra Lounge, Special T's Sub's & Catering, Mr. Nelson's BBQ , Blues & Entertainment and The Italian Couple. The west half, currently vacant, formerly housed Warehouse Liquor. 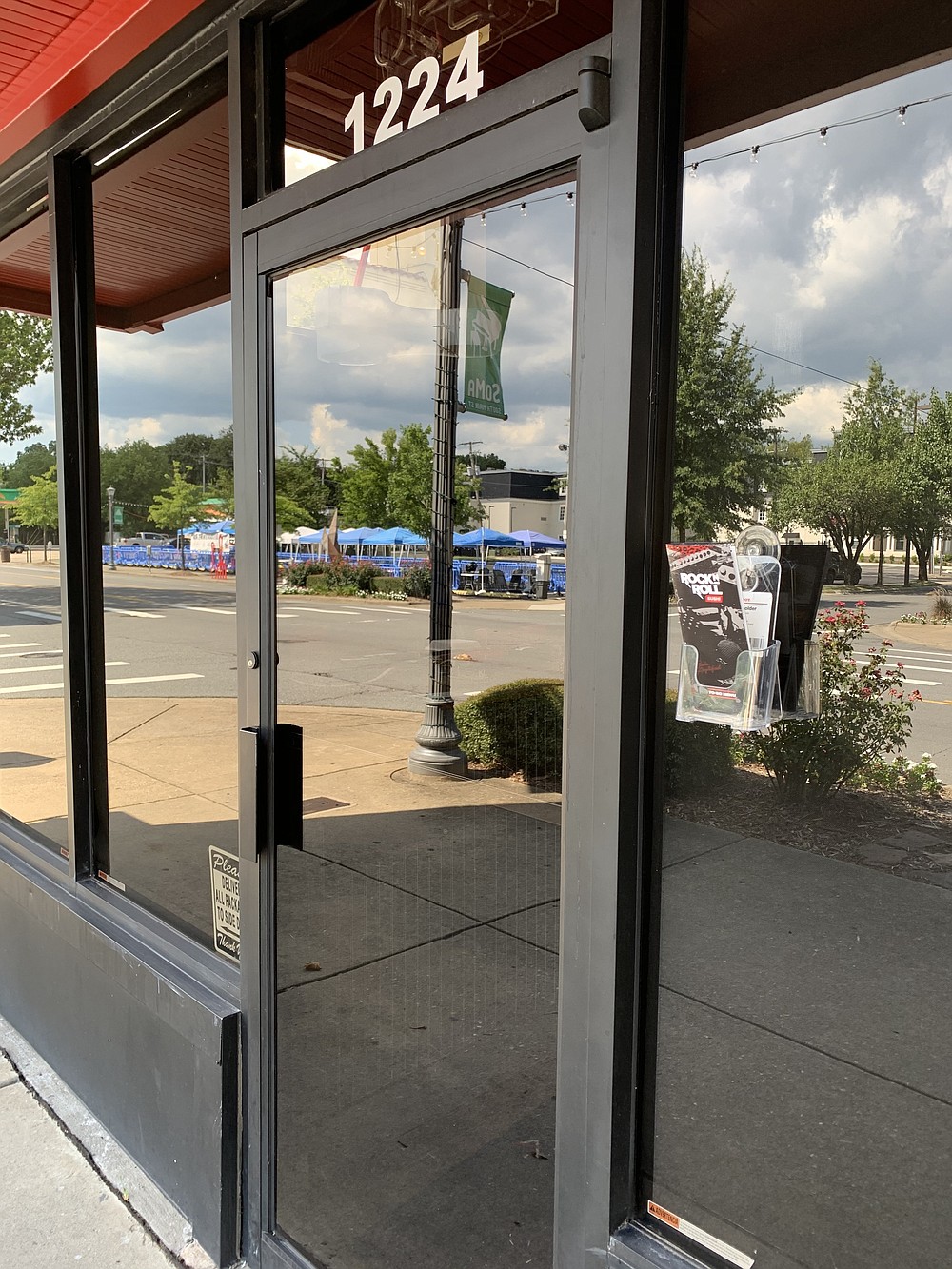 Rock N Roll Sushi menus on the window are the only exterior indication that it's opening soon in the former Atlas Bar on Little Rock's Main Street. (Arkansas Democrat-Gazette/Eric E. Harrison)

There has also been a delay in the opening of Little Rock's second outlet of the Alabama-based Rock N Roll Sushi franchise-chain operation, going into the former Atlas Bar, 1224 Main St. Originally scheduled to start takeout service on Wednesday, with dine-in starting the week after Labor Day, the target is now to open by the end of next week. Arkansas franchisees Chris Kramolis and Jason Alley opened their first location at 12800 Chenal Parkway back in the spring. Hours are still to be determined; the phone number is to be (501) 508-7625 (ROCK) but apparently it hasn't been hooked up yet. 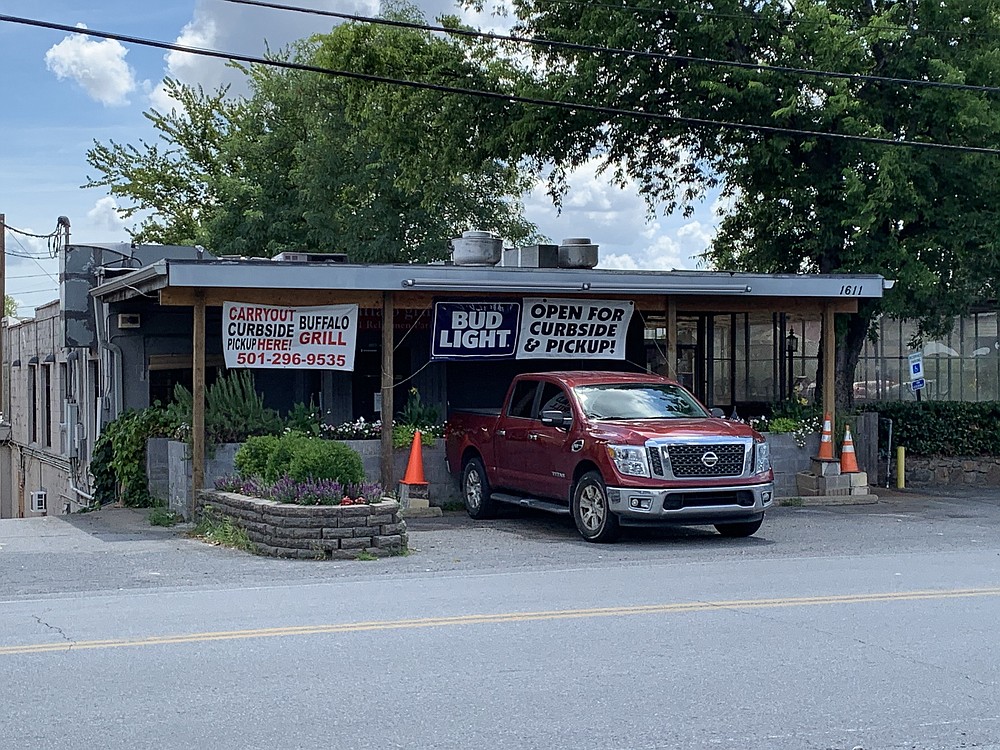 Four Quarter Bar, 415 Main St., North Little Rock, reopened Saturday Aug. 1, with a partially open patio — "smoking inside will be allowed only upstairs until it is completed," according to a Facebook post, which adds that "patented I-Wave virus killers [have been] installed in the AC units, so you can feel safe that all recirculated air is 97.5% covid free." Hours, for the time being, are 5 p.m.-midnight Wednesday-Friday, noon-midnight Saturday-Sunday, and the kitchen stays open for in-house and to-go orders until 11:30. The phone number is (501) 313-4704; the website is fourquarterbar.com.

We haven't been able to figure out just what is going on with the The Mighty Crab, going into the former Catfish City, 1817 S. University Ave., Little Rock. The first area outlet of the mini-chain, which also has restaurants in Monroe, La., and Jackson, Miss., opened in March in the former Saddle Creek in Lakewood Village, 2703 Lakewood Village Drive, North Little Rock. Best bet so far has been to follow the Facebook page —facebook.com/TheMightyCrabNorthLittleRock). 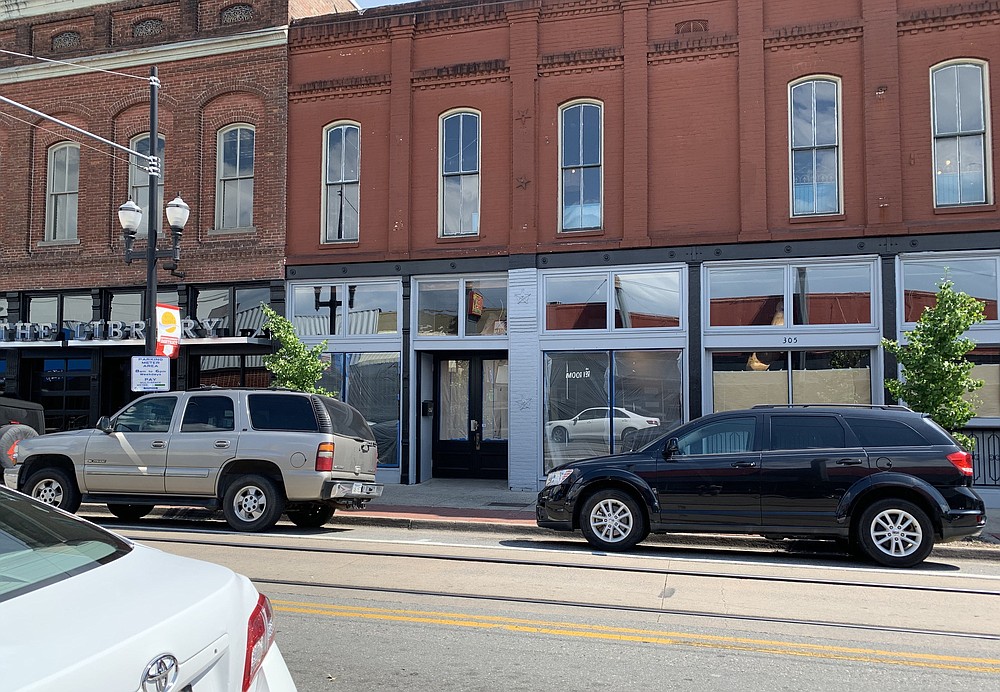 The space on President Clinton Avenue that was formerly Ernie Biggs is becoming the Little Rock branch of Fayetteville's Cannibal and Craft. (Arkansas Democrat-Gazette/Eric E. Harrison)

We're also waiting on an update on the timeline for the opening of Cannibal and Craft, a nightclub and cocktail lounge and offshoot of a club with the same name on Dickson Street in Fayetteville, going into the former Ernie Biggs location, 307 President Clinton Ave., in Little Rock's River Market. The windows have been papered over and there are no exterior signs as yet; a Monday post on the Facebook page (facebook.com/cannibalandcraftlr) shows some impressive interior features and a cryptic message that "It's all in the details. Every inch of Cannibal and Craft Little Rock has been customized. Your drink of choice will get the same treatment." In addition to an elaborate menu of cocktails and other alcoholic consumables that include local beers, customers will be able to operate cocktail taps at tables that, according to the website (cannibalandcraftlr.com), will pour out mint juleps, Moscow mules and hurricanes. However, we've seen nothing so far on any kind of a food menu (and we wonder if folks should be a little leery about the the word "Cannibal"). We still can't get through at the listed phone number, (501) 414-8870, but at least it rings instead of providing only a rapid busy signal. Ernie Biggs, a piano bar, closed in December after its management decided not to renew its lease.

And Catering to You, 8121 Cantrell Road, Little Rock reopened for curbside pickup Monday after shutting down for two weeks starting July 20. Owner Judy Adams had explained in an email blast to customers that out of caution for her health and that of her workers, "I do not want to wait until someone here is infected." The phone number is (501) 614-9030, the website is cateringtoyoulr.com and the Facebook page is facebook.com/CateringToYouLR.