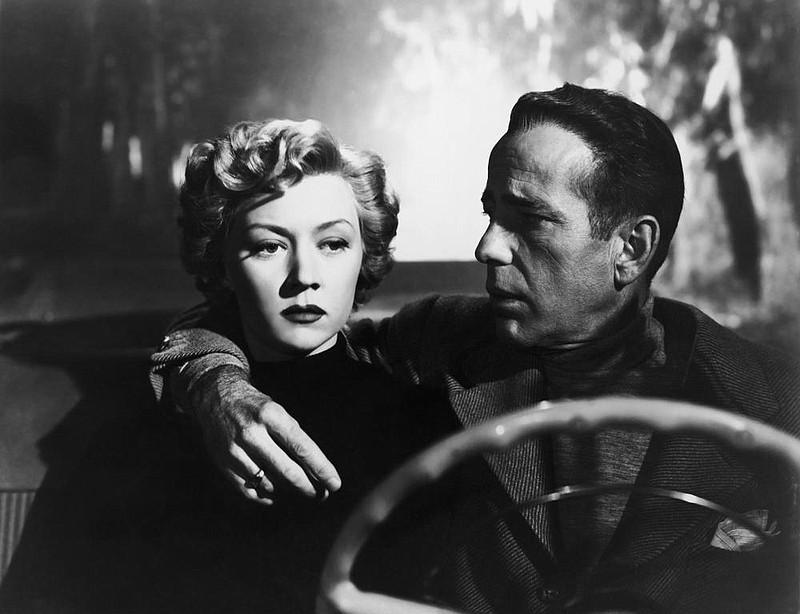 1 "Bone Tomahawk"(2015): If you somehow come into this movie unaware, given its title, writer/director S. Craig Zahler makes his intentions perfectly clear about 20 seconds into the film's opening coda, as we watch a peacefully sleeping frontiersman get his throat slit in the middle of the night by a couple of brigands looking for a quick score (and offering an impromptu anatomy lesson in the process). Zahler is something of controversial filmmaker in critical circles -- his brutal oeuvre, including equally blood-soaked films such as "Brawl in Cell Block 99," and last year's "Dragged Across Concrete," are appreciated and loathed in more or less equal amounts -- but there's no denying his skills, even as he puts them to use horrifying you.

As this is a Western, set during the latter days of the wild frontier, we quickly come to meet our constituents: There's the grizzled sheriff (Kurt Russell), his kindly auxiliary deputy (Richard Jenkins); the snobbish fop (Matthew Fox); a loving husband, contending with a broken leg (Patrick Wilson); and his wife (Lili Simmons), a burgeoning doctor, who disappears one night, along with a couple of other men, and their horses.

Turns out, they've been snatched by a tribe of "troglodytes" -- a band of "cave-dwelling" American Indians so isolated in the desert wilderness that they've all inbred into something almost nonhuman in their merciless savagery (as the resident Native scholar -- played by Zahn McClarnon puts it, "They're a spoiled bloodline of inbred animals that would rape and eat their own mothers"). The four men go on the long trek to their cave and meet differing fates along the way.

Given that the villains in the film represent every white settler's worst fears and most outrageous stereotypes -- so menacingly primordial they don't even have a name or speak a language -- it's curious to watch it play out as if it were just another white-posse movie from the '50s. Well, apart from the gore Zahler gleefully splatters all over the desert sand (this movie, in case I haven't made it clear, is not for the faint of heart).

The cast is up to the task, as much of the film is actually devoted to the men's journey to the Heart of Darkness, and you definitely feel the peril and terror that these would-be lawmen face, heading to almost certain doom. Still, the overt racism is palpable -- it's the equivalent of having as villains a sect of Orthodox Jews, discovered to be sitting on piles of money and drinking baby's blood -- and for all intents and purposes, unexplored, other than to make it so radically blatant, it ka-thunks you in the head like one of the nameless tribe's titular weapons.

2 "The Runaways" (2010): Earnest but flat bio-pic of sorts about an influential all-female rock band from the '70s, that falls into the usual sorts of narrative traps, including expositional overkill, flimsy character building, and the inexorable rise and subsequent descent into the tedious maelstrom of excess that typifies the shooting-star arc of genre. Floria Sigismondi's film is based on the memoir Neon Angel by the band's lead-singer Cherie Currie (played in the film by Dakota Fanning), so it's no wonder that it is her arc that dominates the proceedings, even over Joan Jett (Kristen Stewart), whose musical ministrations were the original drive to the band.

We begin in 1975, as Jett shyly approaches music producer Kim Fowley (Michael Shannon), a gritty, flamboyant music veteran who sees, in the idea of an all-female band that actually rocks, the possibility of a significant cash cow. The film quickly puts the rest of the band together -- including Lita Ford (Scout Taylor-Compton), and Sandy West (Stella Maeve) -- gives them a couple of rehearsals inside a trailer (one of which where Fowley pays kids to throw garbage at them to prepare for what being on stage will be like), and sends them on the road to eventual fame, fortune, and catastrophe.

Currie was a Bowie-loving 15-year-old when Fowley found her at a club, and in her, he saw the perfect frontwoman, a jail-baiting girl-gone-bad, whose snarky sexuality gave "Cherry Bomb" (an early hit) its serrated edge. Sigismondi is best known for her music videos, and indeed, many of the film's best scenes have a trippy, collage-like vibe, with bending camera shots pulling in and out of focus, and a spasmodic sort of energy, but beyond those, and some good scene work between the leads (Shannon, in particular, lets his freak-flag fly), the rest of story plays out too rote to be much affecting. Fans of the band, and Jett in particular, will doubtless get a kick out of it, but unless you're very much into the music, there's not a whole lot else to hook you with, here.

3 "Manchester by the Sea" (2016): Kenneth Lonergan's film, a much-anticipated follow-up to the excellent "Margaret " is yet another example of how this supremely talented playwright and filmmaker creates emotionally indelible narratives.

Casey Affleck plays Lee, a rough-hewn young man with a brutally tragic past who's forced to come home to the North Shore of Massachusetts in order to care for his 16-year-old nephew (Lucas Hedges) when his older brother (Kyle Chandler) dies of a heart attack. Despite the classic Big Hollywood Drama sounding set-up, Lonergan isn't interested in the least in played-out redemption stories. Instead, as he has suggested in interviews, he was far more concerned with the characters' inability to "turn the corner" emotionally and solve all their problems with a dramatic breakdown scene and an emotive orchestral score. The result is a gritty film that feels resolutely lived in, which makes it all the more devastating as it unspools.

Despite an elongated running time (137 minutes), not a moment feels padded, and not a detail is wasted (including a brief but strangely poignant scene where characters do little more than open and close a car door). The critical response to this film was nothing short of rapturous, and Hollywood paid its respects in-kind -- winning Oscars for Best Actor (Affleck, deservedly so) and Best Screenplay -- which made it something of a statement against Tinseltown for the disastrous handling of Lonnergan's previous film, which should also have won all the awards, but got stuck in litigious hell instead. As such, perhaps the best news to come out of this film's success: It became perfectly clear Lonergan's star hadn't been tarnished to the point where he couldn't get funding for his subsequent work, an unmistakable boon to our cultural legacy.

4 "Everybody Knows" (2018): Like the great Canadian short story writer Alice Munro, Asghar Farhadi forms intricate, mysterious narratives around a complex weave of characters, whose relation to one another takes you some time to sort out. This film, set in a stunningly beautiful small village in Spain, starts with a wedding that brings multiple strands of families together, mixed in with other, nonblood figures.

Laura (Penélope Cruz) returns with her two children, including her teenage daughter Irene (Carla Campra), to her home village from Argentina, where her husband Alejandro (Ricardo Darin) remains, to celebrate her sister's wedding. There, among other guests, she reunites with Paco (Javier Bardem), her old childhood sweetheart, who bought a piece of land from her before she left and, along with his wife, turned it into a thriving vineyard in her absence, a fact some members of her family remain bitter about.

When Irene suddenly disappears during the wedding, and Laura receives a ransom text, the family quickly rallies around her, but the only way she can possibly meet their demands is if Paco were able to sell his part of the vineyard land to his partner. Naturally, this being Farhadi, there are other secrets revealed in the course of things, but in his films, solving the initial mysteries only leads to more, deeper questions. His films don't end in simple resolution, they leave his bevy of characters with open-ended situations, having to accommodate to the myriad paths fate, and their own nature, have provided them.

5 "In a Lonely Place" (1950): With a title that couldn't be more apt for the times we're living in, Nicholas Ray's gripping noir instead stems from a completely different era, featuring a vintage late-period performance from Humphrey Bogart, at his hard-done-by best.

Bogey plays Dixon Steele, a mostly washed-up screenwriter living in L.A. and burning bridges all over town with his violent temper. One night, he takes a young woman (Martha Stewart -- no, not that one) home to his apartment to summarize a book he has been asked to adapt, but she ends up dead, strangled and thrown down a ravine. Naturally, Dix is the prime suspect, his only alibi from his fetching across-the-terrace neighbor, Laurel Gray (Gloria Grahame), who saw him that night and apparently saw Mildred leave.

Eventually, Dix and Laurel fall in love -- she helps him type the script, makes him breakfast, and dotes on him -- but the creeping suspicion around Dix, and his erratically violent temper, casts doubt in her mind. Ray's film does a masterful job of keeping the audience in the dark, never sure of where to place our sympathies, in part because, killer or not, Dix is a severely damaged man with a lethal temper and an impetuous nature (not helping: he keeps "joking" with the cops about having done it, OJ style).

Watching Laurel try to rationalize what he's doing, and how she feels about it, is to see a perfect enactment of enabling that allows Dix to push everything to the limit. Bogart, always brilliant at playing bitter, adds a frightening aspect of fury to Dix, casting his impulses as well beyond his control -- he manages to make cutting a grapefruit seem like an act of vengeance. Unlike some of his earlier characters, Dix is not a man who sees the bigger picture, only those objects right in front of him whom he can drive away at a moment's notice.