REVIEW: ‘Made in Italy’ pleasant, forgettable comedy with charming people and some pretty scenery 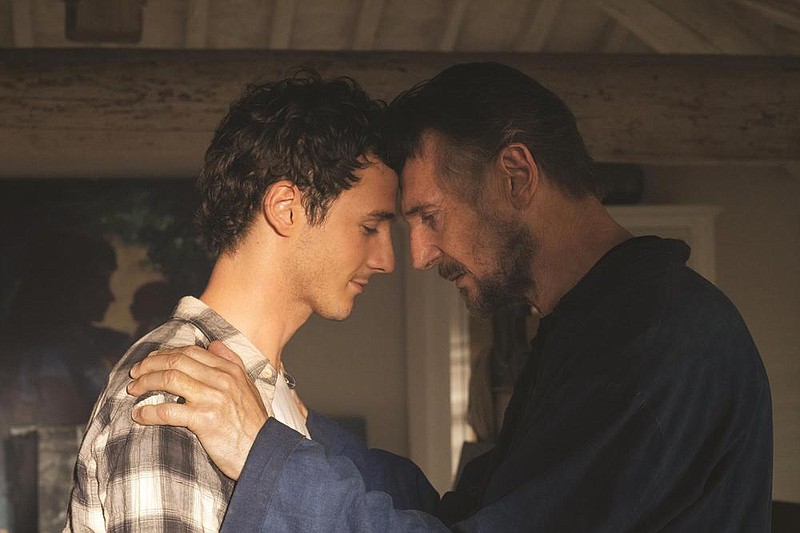 Jack (Micheál Richardson) and his father, Robert Foster (Liam Neeson), share a tender moment in Jame D’Arcy’s directorial debut “Made in Italy.” Neeson suggested that Richardson, his real-life son (who changed his name a few years ago in honor of his late mother, Natasha Richardson), be cast in the role.

We've recently begun watching "Schitt's Creek," the Canadian sitcom that became a streaming favorite after it was picked up by Netflix. I haven't made up my mind about the show, which seems to swing back and forth between fresh absurdity and the sort of banal, assuring overtness that, to be fair, a lot of us watch television to bask in.

But at least part of the time I'm watching "Schitt's Creek" I feel like I'm parsing the dynamic between Eugene and Dan Levy, an actual father and son who, in the show they co-created, also play father and son.

There's something in knowing about their off-screen relationship that deepens the on-screen one; the same was true when I watched Ryan O'Neal and his daughter, Tatum, in 1973's "Paper Moon" or Emilio Estevez and Martin Sheen in "The Way" (2011) or Kiefer and Donald Sutherland in "Forsaken" (2015).

That same trick of casting is present in "Made in Italy, " the first film written and directed by James D'Arcy, best known as an actor ("Dunkirk," the Showtime series "Homeland"). In the film, Liam Neeson and his real-life son Micheál Richardson play, respectively, a bohemian London-based artist named Robert Foster and his semi-estranged 25-year-old son, Jack.

Jack manages an art gallery owned by the family of his frosty soon-to-be ex-wife Ruth (Yolanda Kettle). He'll be out of work in a month if he can't buy it from them. In order to raise the revenue to do so, he needs to quickly sell the "old Italian house" where he lived until he was 7 years old and his mother, Raffaella (Helena Antonio), died in a horrific accident.

Robert -- a shambling, distracted and unreliable aesthete who wears a Tulane Green Wave T-shirt and has trouble remembering the names of his assignation partners -- has a half-interest in the property, but he isn't opposed to selling the place, which (like his relationship with his son, who he shipped off to boarding school shortly after his wife died) has fallen into disrepair over the years. So he accompanies Jack on a road trip in a battered VW van across Europe to the property, to help him renovate and flip it.

Once they get there, the damage is much worse than even Robert anticipated. Though the views are lovely, and the place has good bones, restoring the villa is going to require more than a splash of paint.

That's all you need to know about the plot of "Made in Italy," which proceeds like any number of other pleasant, forgettable films that commingle light romantic comedy with freighted dramatic moments.

The trip back to Italy is more discomfiting to Robert than he might have imagined it would be, as it stirs up all sorts of memories of an old life, one his son barely remembers.

And neither father nor son proves very handy (it's fun to see Neeson playing against type), and potential romantic interests arise in the form of a no-nonsense, expatriate real estate agent Kate (Lindsay Duncan) and vivacious young Italian chef Natalia (Valeria Bilello). As progress is made on restoring the house to its former glory, well, we can take the restoration project as a metaphor for the relationship.

That's not to say that there aren't pleasures to be derived here; in our current state of house arrest, just about any movie that shows people moving freely through the countryside is likely to trigger some deep-running emotions, and knowing about the real-life tragedy that struck this family -- Natasha Richardson, Neeson's wife and Richardson's mother, died after hitting her head in a skiing accident at the Mont Tremblant Resort near Montreal in 2009 -- lends what some might think an unearned poignancy to scenes of father and sons looking through old photographs of Mom.

D'Arcy has some nice if minor ideas; the movie that's being shown in the square of the charming little village where Natalia has her restaurant is "I basilischi," a sly nod the directorial debut of Lina Wertmüller.

Still, were we not locked down in this pandemic, we would be entering the horse latitudes of summer, one of those dead zones where the studios trot out their least promising product. And a film like "Made in Italy" might feel welcome under those conditions; even if it's just a chance to spend time with charming people and look at some pretty scenery. (It was filmed on location in and around the Italian town of Montalcino.)

Though we probably ought to note that, unlike some movies that have exploited the beauty of Tuscany, "Made in Italy" doesn't feel like a travelog or an excuse for the director and friends to enjoy a sunny holiday.

Instead, it feels more like a chance for D'Arcy to demonstrate his filmmaking competence, which he does with the help of cinematographer Mike Eley, though his script sometimes feels like a compulsory exercise, with him running down the familiar scales of heart-felt family dramedies.

It's not hard to guess what ultimately happens with the house, or with Robert and Jack's relationship. It's an undemanding method of whiling away a couple of midsummer hours.

It also represents a chance for Richardson to move up to a bigger role than he has heretofore shouldered. (He previously acted alongside his father in a small role in "Cold Pursuit." And, intriguingly, according to the Internet Movie Database, he's slated to play the Irish revolutionary, soldier, and politician Michael Collins in the forthcoming "The Rising: 1916," a film that's been in development since 2012. Neeson played the title role in the 1996 film "Michael Collins.")

He's a different sort of actor from his father, fine-featured and wiry, but he holds his own against the charismatic Neeson, who always elevates the films he appears in. His very particular set of skills isn't exactly wasted here, but we do wish he'd be challenged more frequently.

Here he seems, more than anything else, on a mission to help his son. It's hard to argue against that.

Available in select theaters and via streaming services. 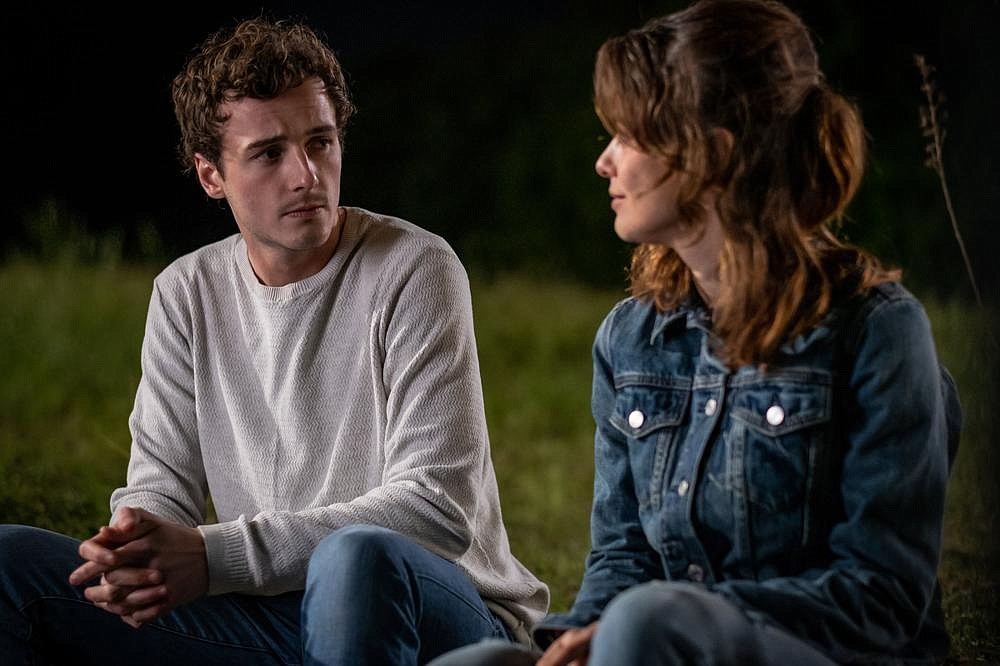 Jack (Micheál Richardson) has a heart-to-heart conversation with fiery Italian chef Natalia (Valeria Bilello) in “Made in Italy.”
ADVERTISEMENT