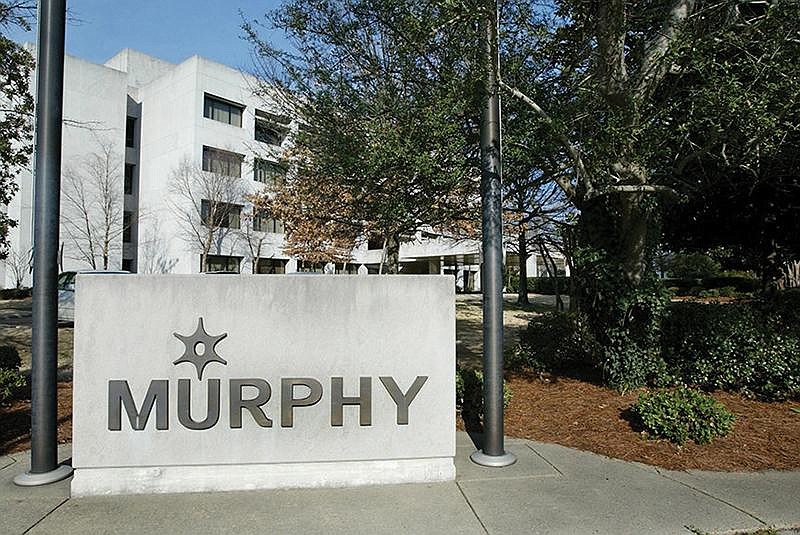 Murphy Oil Corp., citing impact from the worldwide covid-19 pandemic and the collapse of oil prices, reported a second-quarter loss of $317 million Thursday.

Murphy reported quarterly revenue of $211.5 million, down from $743.9 million for the year-ago period. A consensus of 11 analysts had predicted revenue of $395.4 million, according to Yahoo Finance.

The company said that excluding discontinued operations and other one-time items, it saw a loss of $110 million, or 71 cents per share, for the quarter. Those adjustments include a $146 million noncash mark-to-market loss on crude oil derivative contracts and a $32 million charge for restructuring expenses.

In a call with analysts Thursday, President and Chief Executive Officer Roger W. Jenkins called the plunge in oil demand and prices a "black swan event" and praised the company's workers for their performance during the pandemic. A black swan event refers to an unpredictable event with terrible consequences.

Jenkins told analysts that in the current environment the company is focused on keeping production flat and costs low companywide.

He said that in the face of the pandemic and plunging oil prices, Murphy decided to shut in wells, primarily at a single offshore facility. He said that without the shut-ins, the company's production volume would have been essentially flat compared with the first quarter of the year.

Jenkins said the company reacted quickly to the covid-19 threat, securing test kits as early as January and testing workers before they were sent out to jobs on offshore rigs while also practicing strict social distancing, cleaning and other protocols. He said of the 350 cases of covid-19 found in offshore oil workers in the Gulf of Mexico, only one was a Murphy Oil employee.

In the earnings report, Murphy said it reduced its office staff by 30% and expected to reduce general and administrative expenses by 40% to a range of $130 to $140 million.

Murphy also cut its 2020 capital expenditure budget by an extra $40 million, to the range of $680 million to $720 million -- a drop of more than 50 percent from its initial guidance.

Murphy Oil is an international oil and natural gas exploration and production company with offshore production in Southeast Asia, Canada and the Gulf of Mexico as well as North American onshore operations. 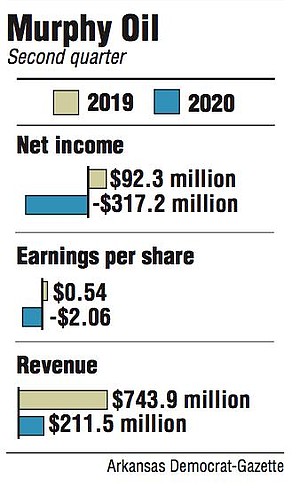