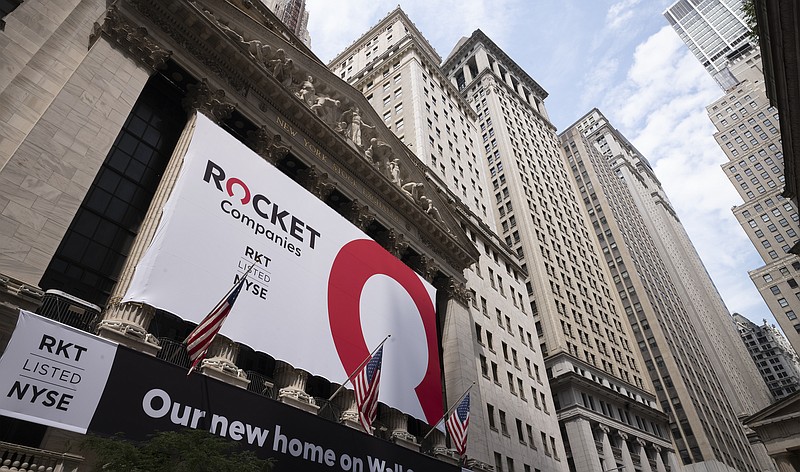 A Rocket Companies sign is displayed on the exterior of the New York Stock Exchange, Thursday, Aug. 6, 2020, in New York. Shares of Rocket Companies, parent of Quicken Loans, began trading Thursday during the Detroit company's IPO at the NYSE. Quicken is the largest retail mortgage originator in the U.S. (AP Photo/Mark Lennihan)

NEW YORK -- Stocks ticked higher Thursday on Wall Street after a report showed that the pace of layoffs across the country is slowing, though it remains high.

The day's headline economic report showed that nearly 1.2 million workers applied for unemployment benefits last week. It would have been an astounding number before the coronavirus pandemic leveled the economy. But it's a slight slowdown from the previous week's tally, and it was not as bad as economists were expecting.

It was also the first drop in jobless claims after two weeks of increases, and economists called it an encouraging step. But the threat of more business closures related to the continuing pandemic means the path remains treacherous.

Investors have been pushing stocks higher despite such worries, in part on expectations that Washington will work through partisan disagreements and strike a deal on more assistance for out-of-work Americans, along with other measures.

Investors say it's crucial that the aid comes, and quickly, after $600 weekly in jobless benefits from the U.S. government recently expired. The economy has shown signs of improvement since the spring, but it's still hobbling, and worries are high that it may backtrack amid a resurgence in coronavirus counts.

Richardson said the possibility of President Donald Trump using his executive authority to extend coronavirus relief if Congress fails to reach a deal may have helped lift the market Thursday.

Despite the market's gains, slightly more stocks fell in the S&P 500 than rose, with the health care sector the heaviest weight on the index. Becton Dickinson sank 8.4% after it gave a forecast for earnings this fiscal year that fell short of analysts' expectations.

The yield on the 10-year Treasury dipped to 0.53% from 0.54% late Wednesday. It pared a steeper drop from the morning, but it remains low amid worries about the economy and as the Federal Reserve has pinned short-term rates at nearly zero.

Some analysts have been concerned about the wide disconnect between the bond market, which is still showing so much caution, and the stock market, which has rallied back toward record heights. Even though the stock market is not the economy -- it's increasingly dominated by a handful of big tech companies that can profit even during a pandemic, and profit is what drives stock prices in the long run -- critics say the degree of the gap between them is concerning.

Gold continued its record run as investors looked for safety. Gold for delivery in December rose $20.10 to settle at $2,069.40 per ounce.

Information for this article was contributed by Elaine Kurtenbach and Yuri Kageyama of The Associated Press. 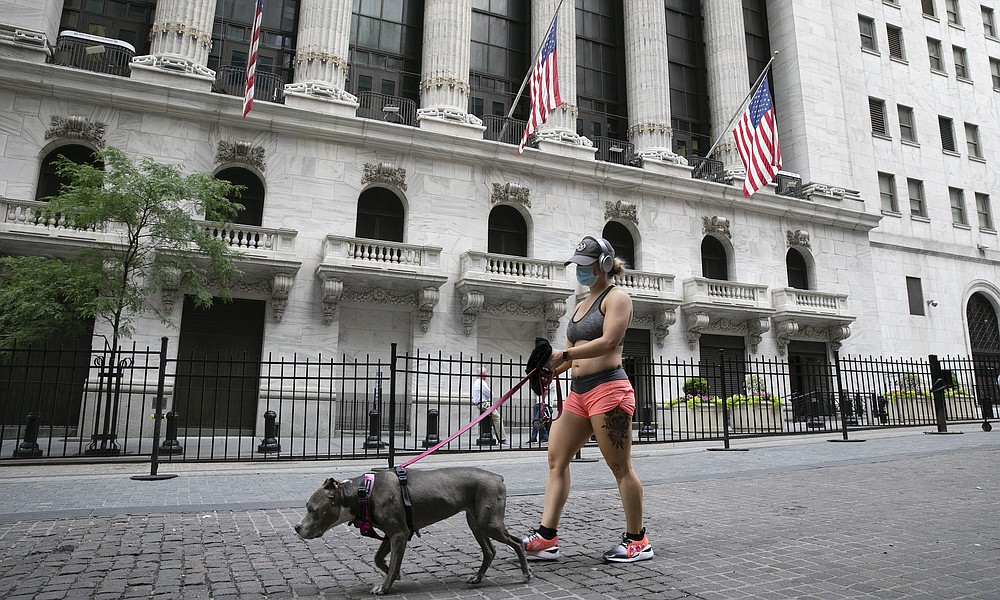 FILE - A woman wearing a mask walks her dog past the New York Stock Exchange, Tuesday, June 30, 2020. Stocks are drifting in early trading on Wall Street Thursday, Aug. 6, after a report suggested that the number of layoffs across the country is slowing, though it remains incredibly high. (AP Photo/Mark Lennihan) 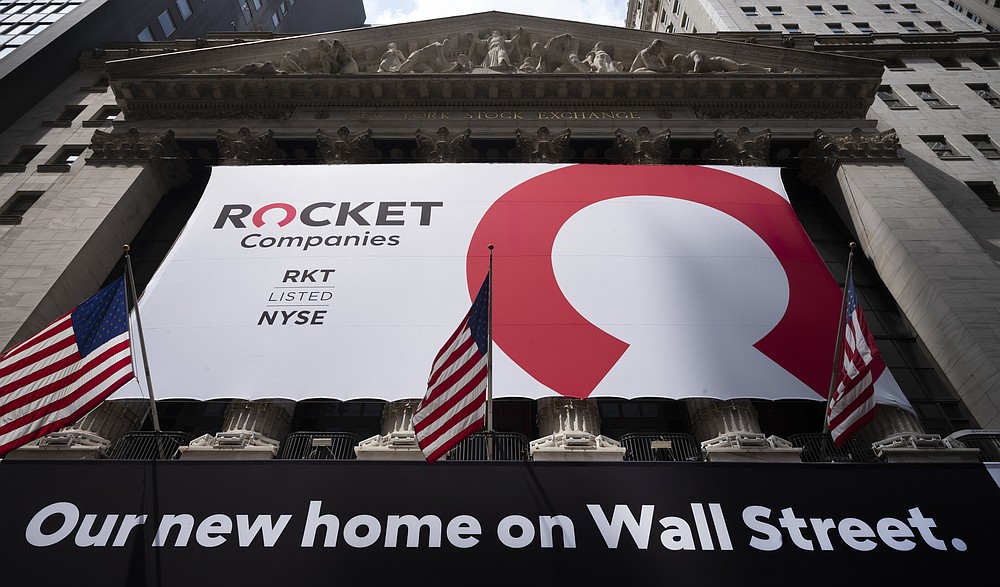 A Rocket Companies sign is displayed on the exterior of the New York Stock Exchange, Thursday, Aug. 6, 2020, in New York. Shares of Rocket Companies, parent of Quicken Loans, began trading Thursday during the Detroit company's IPO at the NYSE. Quicken is the largest retail mortgage originator in the U.S. (AP Photo/Mark Lennihan)
ADVERTISEMENT