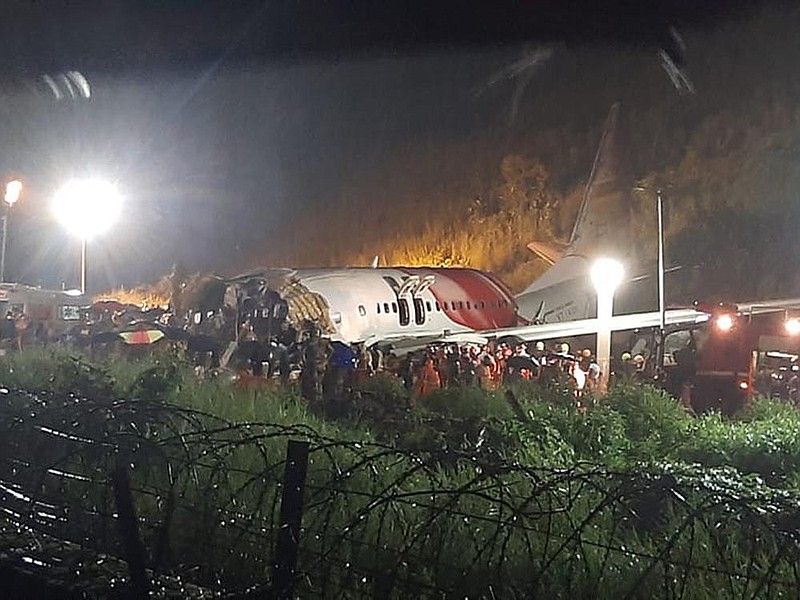 NEW DELHI -- A special flight carrying evacuees to India who had been stranded abroad because of the coronavirus skidded off a runway and split in two while landing Friday in heavy rain in the southern state of Kerala, killing at least 16 passengers and injuring 123 more, police said.

Abdul Karim, a senior Kerala state police officer, said the dead included one of the pilots of the Air India Express flight. He said at least 15 of the injured were in critical condition, and that rescue operations were over.

A similar tragedy to Friday's was narrowly avoided at the same airport a year ago, when an Air India Express flight suffered a tail strike upon landing. None of the 180 passengers of that flight were injured.

[Video not showing up above? Click here to watch » https://www.youtube.com/watch?v=zyKA4t7XnPI]

Kozhikode's 9,350-foot runway is on a flat hilltop with deep gorges on either side ending in a 112-foot drop.

Civil Aviation Minister Hardeep S. Puri said in a statement that the flight "overshot the runway in rainy conditions and went down" the slope, breaking into two pieces upon impact.

An inquiry will be conducted by the ministry's Aircraft Accident Investigation Bureau, he said.

The airport's runway end safety area was expanded in 2018 to accommodate wide-body aircraft.

The runway end safety area meets United Nations international civil aviation requirements, but the U.N. agency recommends a buffer that is 492 feet longer than what exists at Kozhikode airport, according to Harro Ranter, chief executive of the Aviation Safety Network online database.

Dubai-based aviation consultant Mark Martin said that while it was too early to determine the cause of the crash, annual monsoon conditions appeared to be a factor.

Gallery: At least 16 dead and over 100 injured in Air India plane crash

"Low visibility, wet runway, low cloud base, all leading to very poor braking action is what looks like led to where we are at the moment with this crash," Martin said, calling for the European Aviation Safety Agency and the U.S. Federal Aviation Administration to assist with the Indian government's investigation.

The Air India Express flight was part of the Indian government's special repatriation mission to bring Indian citizens back to the country, officials said. All of the passengers were returning from the Gulf region, authorities said. Regular commercial flights have been halted in India because of the coronavirus outbreak.

There were 174 adult passengers, 10 infants, two pilots and four cabin crew on board the aircraft, Jain said.

Prime Minister Narendra Modi tweeted that he was "pained by the plane accident in Kozhikode," and that he had spoken to Kerala's top elected official.

Air India Express is a subsidiary of Air India.

The worst air disaster in India was on Nov. 12, 1996, when a Saudi Arabian Airlines flight collided midair with a Kazakhastan Airlines Flight near Charki Dadri in Haryana state, killing all 349 on board the two planes.

Information for this article was contributed by Sheikh Saaliq and Aijaz Hussain of The Associated Press.

A part of the Air India Express flight is seen through a broken wall after it skidded off a runway while landing at the airport in Kozhikode, Kerala state, India, Friday, Aug. 7, 2020. (AP Photo) 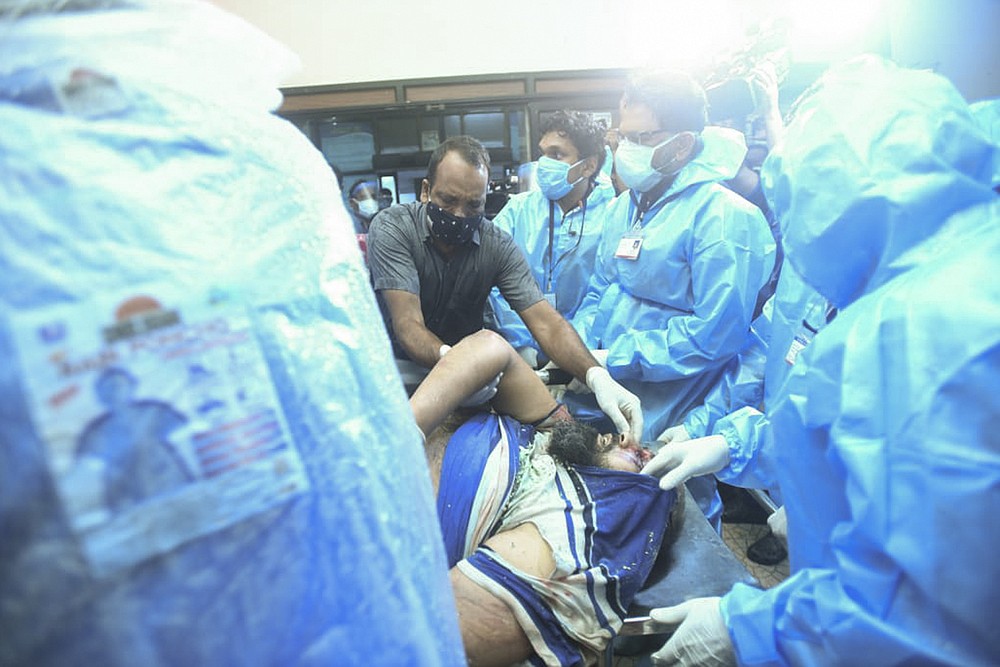 One of the persons injured after an Air India Express flight skidded off a runway while landing at the Kozhikode airport is brought for treatment to the Medical College Hospital in Kozhikode, Kerala state, India, Friday, Aug. 7, 2020. (AP Photo) 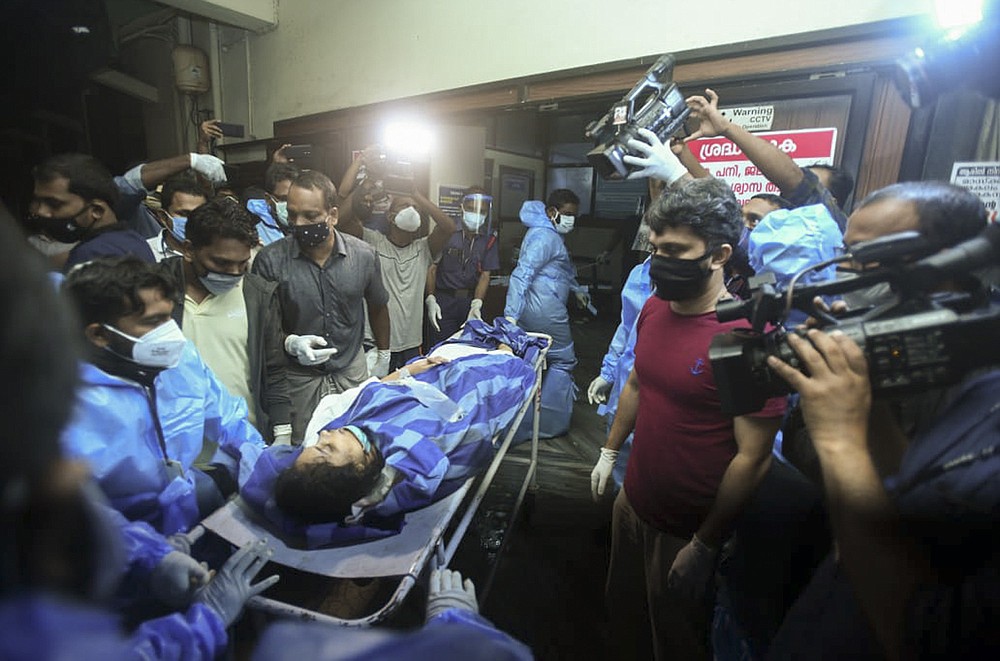 One of the persons injured after an Air India Express flight skidded off a runway while landing at the Kozhikode airport is brought for treatment to the Medical College Hospital in Kozhikode, Kerala state, India, Friday, Aug. 7, 2020. (AP Photo)
ADVERTISEMENT