Time crunch has census-takers in Arkansas racing the clock 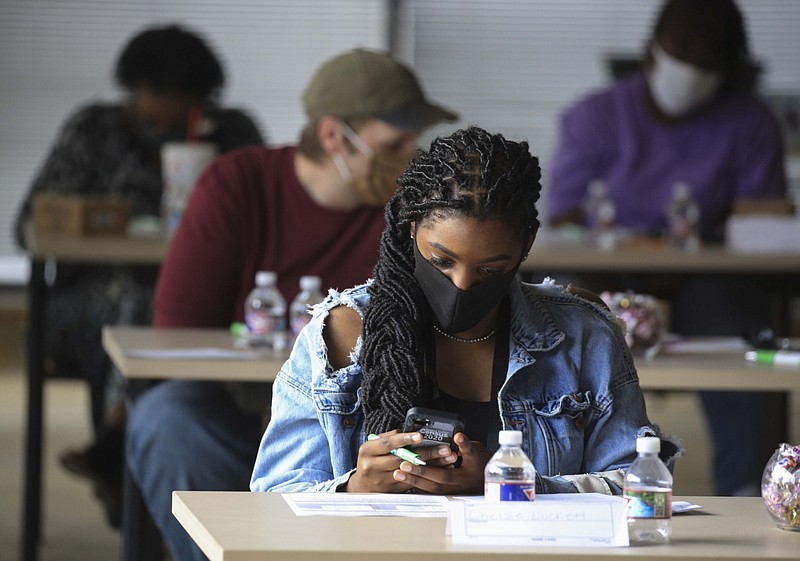 Chelsie Luckett uses a smartphone Tuesday, Aug. 4, 2020, in Little Rock to log onto a census app during a training class for door-to-door census takers in Pulaski County. About 300 people were to be trained over the week to canvass and knocking on doors between Aug. 11 and Sept. 30. ( Arkansas Democrat-Gazette / Staton Breidenthal)

The shortened timeline for the U.S. Census Bureau to go door-to-door means a relatively rural and poorer state such as Arkansas is likely to be undercounted, advocates said.

The bureau's effort to finish the tally of the nation's population starts Tuesday -- and will be a month shorter than originally planned. This is a compressed timeline for the bureau and private groups assisting in the count to work under, census advocates and observers say.

The bureau's plan before covid-19 struck called for 2½ months to reach more than one-third of the country's population who have not self-reported. Census-takers would have knocked on doors from May 13 to July 31. The pandemic led the bureau to change deadlines. The starting date was up to the bureau, but ending deadlines are set by law.

The bureau asked Congress to move deadlines back. Congress refused. Now the bureau must finish the work between Aug. 11 and Sept. 30.

"The bureau planned that this would take 2½ months. Now they have a month and a half," said Jeff Hawkins, executive director of the Northwest Arkansas Regional Planning Commission. Census-takers will attempt to collect data on the roughly 37% of people to date who have not responded voluntarily through the internet, mail or telephone.

The announcement of the Sept. 30 deadline was made Monday.

"This is a one-month loss we learned about literally overnight," said Brad Cameron, communications chairman for the Arkansas Counts statewide committee. The nonprofit group encourages and coordinates census participation statewide.

The short schedule leaves a variety of groups working with Arkansas Counts scrambling, he said.

Arkansas is a rural state and has a relatively high proportion of people with low incomes, Cameron and Hawkins said. Internet service is spotty over much of the state too, they said. While larger towns devoted city staff members to encouraging census responses, many small towns and rural communities lack such resources.

"This is the first time the census has used a mainly online platform, and Arkansas ranks 48th or 49th, depending on which study you look at, for internet access" among the 50 states, Cameron said.

The census takes place every 10 years, as required by the U.S. Constitution. It is used to divide among the states based on their populations the money in many federal programs.

It determines, among other things, how many representatives in the U.S. House each state has.

The census numbers serve as the basis for redrawing congressional and legislative district lines every 10 years. If a county in Arkansas has a lower-than-accurate census count, it loses out on representation.

Northwest Arkansas has a large population of Marshallese Islanders and Hispanic immigrants. Both of those groups are known to be reluctant to participate in the census, said Mireya Reith and Celine Reyes of Arkansas United, a nonprofit immigrant advocacy group. Reith is executive director and Reyes is program director for the group's census participation efforts.

This compressed time for in-person efforts to complete the census will make a full count of hard-to-reach groups even harder, they said.

Hawkins and his commission have helped with census efforts in Northwest Arkansas since 1980. Asked if a month and a half was enough time for the bureau to do the job door to door, Hawkins forwarded a letter from the National State Data Center Steering Committee. This bipartisan group is made up of state agencies cooperating with census efforts that use the data the census generates.

"Planning and services to the American people for the next decade will suffer from a rushed and inaccurate 2020 census," the July 31 letter says. "The credibility of the U.S. Census Bureau as the gold standard of data in the United States will be undermined by rushing an incomplete census count to release deadlines."

"As of July 30, 2020, nearly 40% of households have not responded to the 2020 Census," the letter also says. "The U.S. Census Bureau must be given the time to accurately count, tabulate and report the resident population of the country. Reducing census data collection to Sept. 30 puts the Census Bureau at risk of failing the constitutional mandate of the U.S. Census and providing inaccurate data for redistricting and funding to every state, congressional district and community."

The Census Bureau responded to these concerns with a statement from bureau Director Steven Dillingham. The bureau will hire more census-takers, provide awards to those census-takers who perform best and conduct additional training, the statement says.

"We've been actively promoting the census through our channels and amplifying the message of statewide initiatives formed with the purpose of getting an accurate count of residents in the state," he said in a statement Friday. "I'm committed to continuing to support state efforts while helping the Census Bureau meet its statutory deadline."

Arkansas Counts and Arkansas United are stepping up phone banks, text campaigns and social media, Cameron and Reyes said. The pandemic's refusal to let up continues to be a serious obstacle, they said.

"The pandemic struck other parts of the country earlier and is now hitting us at the same time as the census bureau is trying to finish," Cameron said.

That prevents many of the meetings and other person-to-person efforts groups like his had planned for this stage of the census effort.

"The pandemic's just now starting to happen in the rural communities," he said. 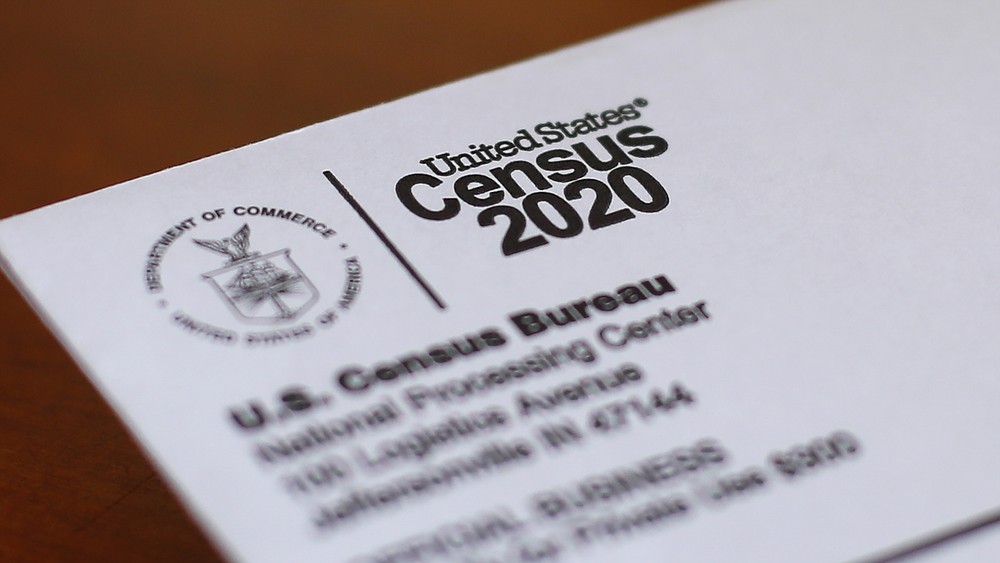 FILE - this April 5, 2020 file photo, shows An envelope containing a 2020 census letter mailed to a U.S. resident in Detroit. A federal judge on Thursday, May 21, 2020, agreed to impose financial sanctions against the Trump administration for failing to produce hundreds of documents during litigation over whether a citizenship question could be added to the 2020 census. (AP Photo/Paul Sancya, File)
More News

Other telephone numbers for a variety of languages available at: 2020census.gov/en/ways-to-respond/responding-by-phone.html

For Marshallese language support, call the Arkansas Coalition of Marshallese – 479-365-6625