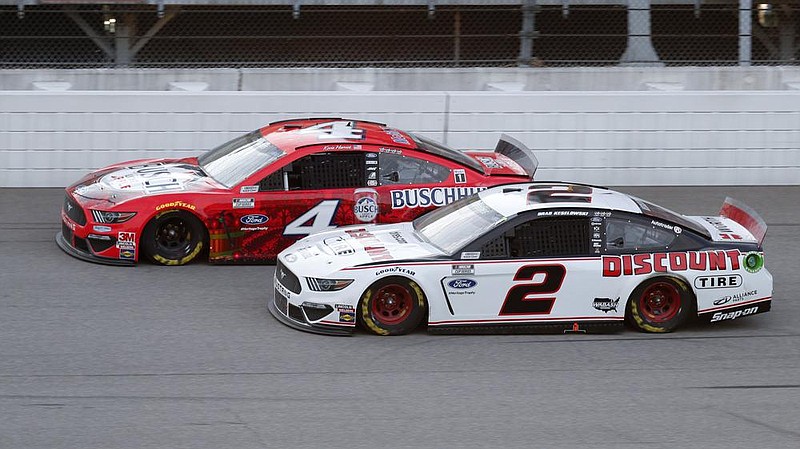 Kevin Harvick (4) outlasted Brad Keselowski in overtime to win Saturday’s NASCAR Cup Series race at Michigan International Speedway in Brooklyn, Mich. It was the fifth victory of the season for Harvick, putting him in a tie with Denny Hamlin for most in the series. (AP/Paul Sancya)

It takes a lot to beat Harvick these days -- especially at Michigan.

Harvick raced to his fifth NASCAR Cup Series victory of the season, outlasting Keselowski in overtime Saturday in the opener of a weekend doubleheader at Michigan International Speedway. Harvick now has four victories at Michigan, including three in the past three years. He's been a big part of what is now a five-race winning streak for Ford at the Cup level at MIS.

"Just got challenged by a whole bunch of restarts at the end that made it kind of crazy," Harvick said. "But in the end it was a great day for us. Everybody did a great job, called a great race, and we capitalized on a fast car and put it in Victory Lane."

Keselowski was denied again in his home state. He's never won a Cup race at Michigan, but he'll have another chance today. It would have been a tall order to overcome Harvick's dominant No. 4 car on this day. Harvick also won the race's first two stages.

"At no time did I think us or anybody else was better than the 4," Keselowski said.

Busch remained winless on the year with five races left in the regular season.

For the first two stages, the only yellow flags were for a competition caution and the stage endings. Then there were six cautions in the final stage and even a brief red flag for track cleaning.

The race, normally a 200-lap, 400-mile affair, was scheduled for 156 laps this time. It went to overtime after Christopher Bell made contact with Austin Dillon to bring out the final caution.

Starting this weekend, NASCAR is incorporating the "choose rule" into the restart procedure for all national series races except those held on road courses and superspeedways. As drivers approach a designated spot, they must commit to the inside or outside lane for the restart.

"I think it definitely gave some guys a chance that were kind of buried eighth or ninth," Harvick said. "You can take a chance and gain some track position. So I thought it went well and did exactly what everybody thought it would do."

On the final restart, both Harvick and Chase Elliott picked the outside, while Keselowski and Denny Hamlin went inside. Harvick and Keselowski raced side by side for a bit, but Harvick had a clear lead out of Turn 4, then held on for another lap to win.

Keselowski watched the replay to see if he could have done anything different in hindsight.

"I had like three ideas, and I watched the replay, and none of them would have worked," he said.

Harvick, the series points leader, won for the 54th time, pulling even with Lee Petty for 11th on the Cup career list. He's one victory behind Rusty Wallace and two behind Busch.

For a brief moment, Busch was in front after one of the late restarts. But Harvick came up on the inside of him, and Busch's car became loose and fell back. At first, it looked as if there might have been very slight contact between the cars.

"I didn't know if I hit him or not, but I saw the video and didn't touch him. I must have packed a bunch of air on his left rear," Harvick said. "I knew I needed to be right there. You have to take the chance when you have it and I needed that side draft down the front straightaway. I got within like an inch it looked like on the video."

Busch managed to finish in the top five despite that incident.

"I don't know whether he hit me or just air. It was close enough that it disturbed my car obviously and made me have to get out of it real bad," he said.

It was the eighth consecutive top-five finish for Harvick, who has now matched Hamlin's series-leading total of five victories on the season. 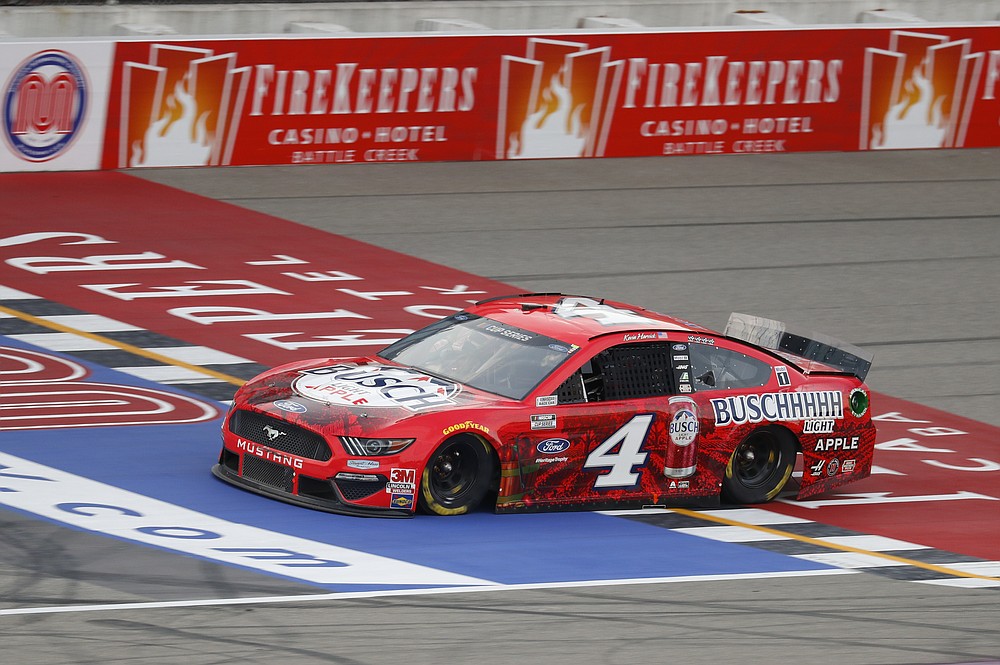 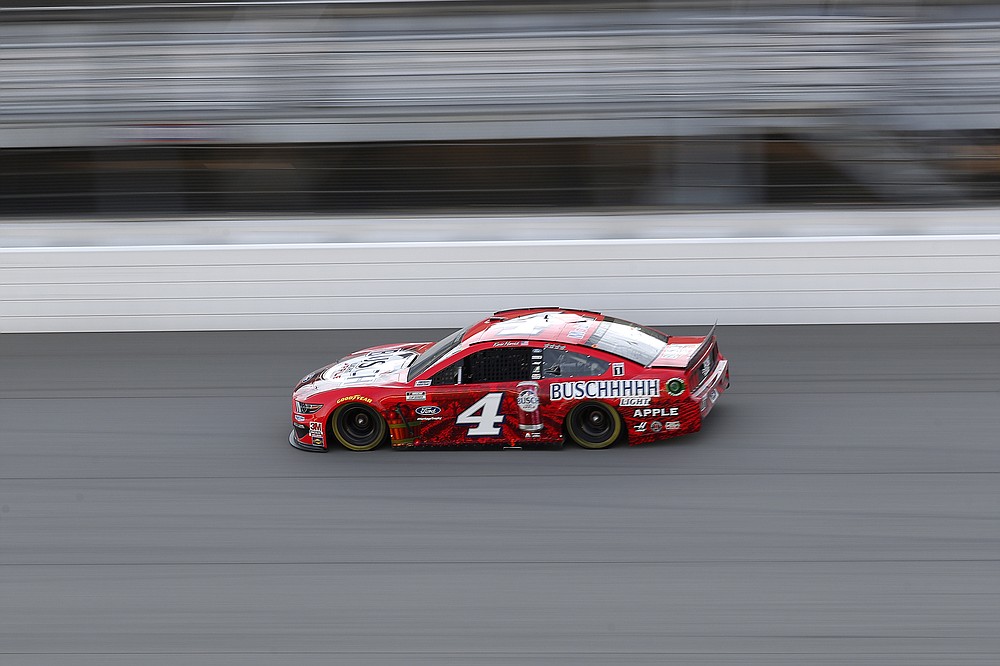 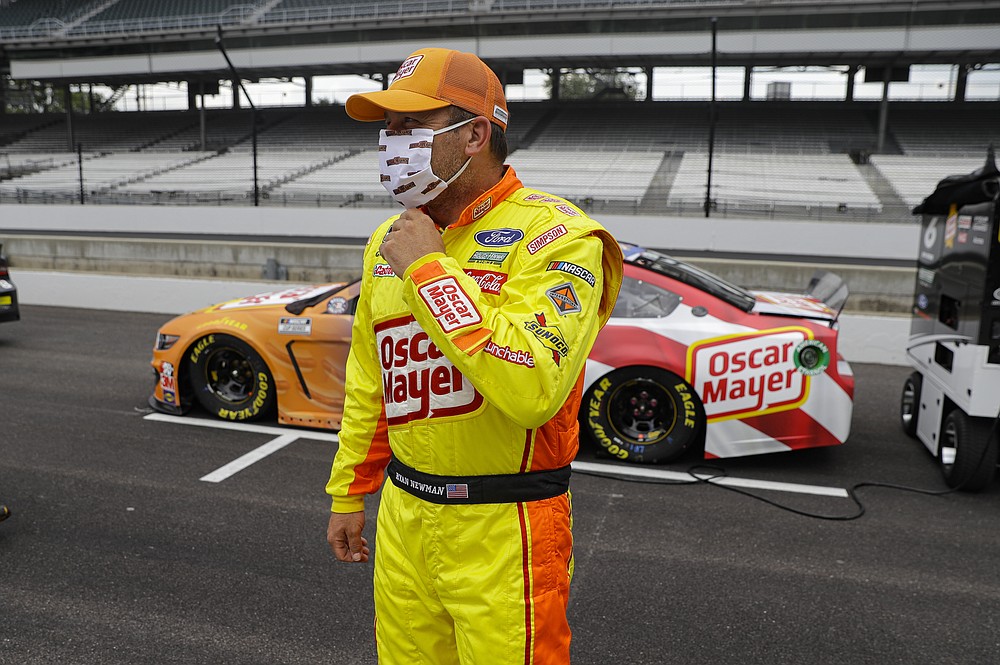 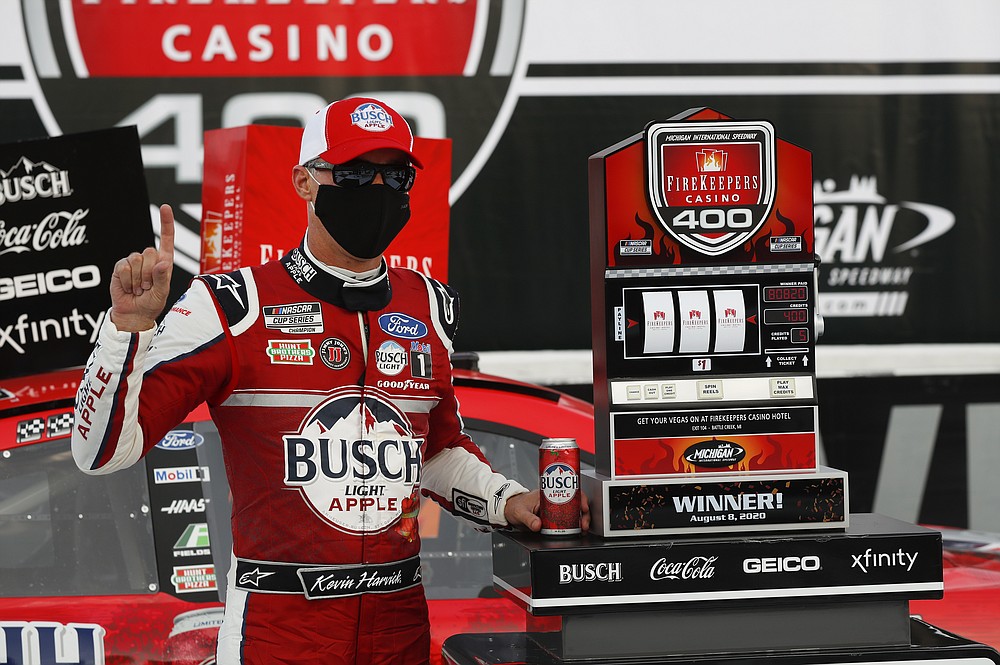 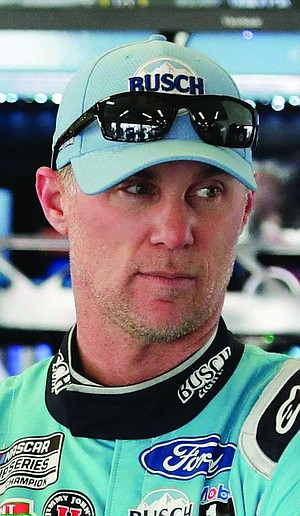 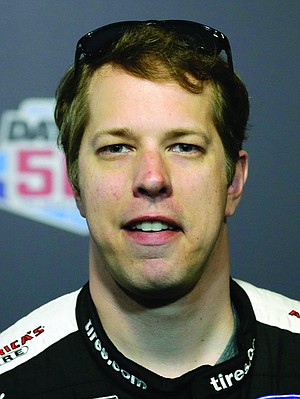