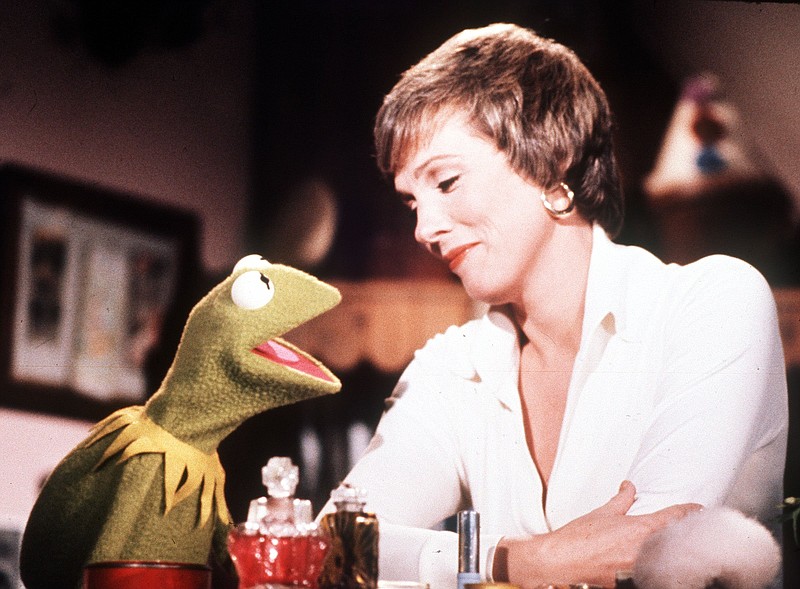 Singer and actress Julie Andrews and Kermit the Frog appeared on “The Muppet Show” in November 1977. (AP)

At the dawn of "The Muppet Show" in the late 1970s, a visit to the Muppet Labs consisted of watching its nebbishy proprietor, Dr. Bunsen Honeydew, demonstrate misbegotten inventions like an exploding hat or a self-destructing necktie with a brief burst of pyrotechnics, a canned explosion sound and a puff of smoke.

Today, a return visit to those labs on the Disney+ series "Muppets Now" features Honeydew and his agitated assistant, Beaker, using a homemade device called the Infern-O-Matic to reduce everyday items — a carton of eggs, a wall clock, a guitar — to smoldering piles of ashes.

If this scene from "Muppets Now" feels manic and combustible — and even a bit familiar — that is by design: as Leigh Slaughter, vice president of the Muppets Studio, explained recently, she and her colleagues are hopeful that this series will conjure up "that true Muppet anarchy — that complete chaos.

"Muppets Now," a six-episode series, is Disney's attempt to bring those familiar, fuzzy faces to its streaming service and a parody of internet content. Its segments feature characters like Miss Piggy and the Swedish Chef in rapid-fire comedy sketches that lampoon popular online formats.

The new series also strives to reconnect the Muppets with the disorderly sensibility they embodied in the era of "The Muppet Show" and get back to basics after other recent efforts to reboot the characters fizzled out.

"The thinking is to stop trying so hard to be like everybody else and just be the Muppets," said Bill Barretta, a veteran Muppet performer and an executive producer of "Muppets Now." "Let's celebrate the fact that they all have to deal with each other and just be silly and play and entertain again."

Nearly 45 years after its debut, "The Muppet Show" (which originally ran in syndication from 1976 to 1981) remains a high-water mark for the franchise. Fueled by the subversive imagination of the Muppets creator, Jim Henson, and a small band of like-minded performers and writers, it was a backstage showbiz satire bolstered by kitschy celebrity hosts and a madcap attitude inherited from sketch shows like "Saturday Night Live" (where the Muppets had previously appeared) and "Monty Python's Flying Circus." 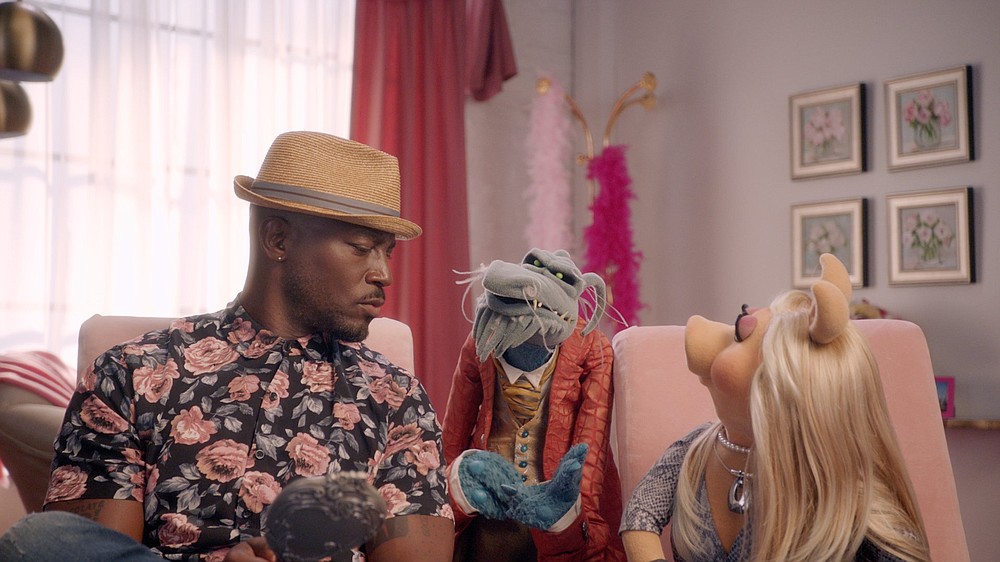 Taye Diggs (from left), Uncle Deadly and Miss Piggy appear in a scene from “Muppets Now,” a new series on Disney+.

The popularity of "The Muppet Show" paved the way for hit films starting with "The Muppet Movie" (1979), which tempered the mayhem of the TV series with a sentimental streak and endeared founding performers like Henson and Frank Oz to a generation of viewers.

But keeping the Muppets relevant to modern audiences has proved elusive, particularly since they were acquired by Disney in 2004. (The Muppet characters created for "Sesame Street" remain the property of Sesame Workshop, a nonprofit organization, while other shows like "Fraggle Rock" are owned by the Jim Henson Co.)

A 2011 film, "The Muppets," written by Nicholas Stoller and Jason Segel ("Forgetting Sarah Marshall") was a critical and commercial hit that won an Academy Award for its song "Man or Muppet," written by Bret McKenzie. But a 2014 follow-up, "Muppets Most Wanted," was a disappointment and quickly curtailed the revival.

In 2015, an ABC sitcom called "The Muppets" drew attention for its single-camera mockumentary style (similar to shows like "The Office") and a plotline in which Kermit and Miss Piggy broke up. But the show was not well-received; it was troubled by staff changes and canceled after one season.

Barretta, who plays Muppets like Rowlf the Dog and Pepe the King Prawn, said the approach of that sitcom "was too much, too stereotypical of the characters." 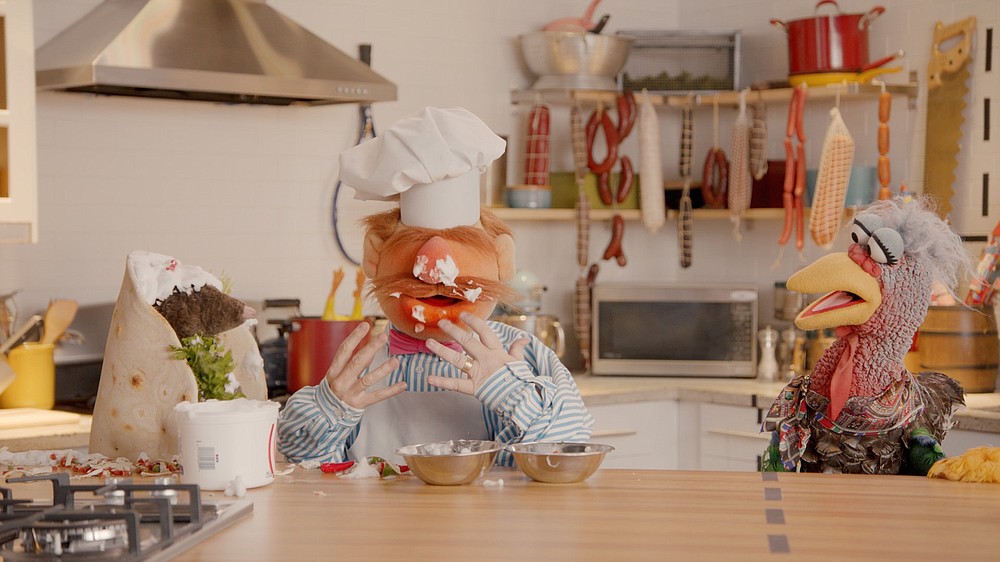 Swedish Chef and Beverly Plume serve up a satire of online cooking shows in “Muppets Now.”

Dan Silver, who is vice president of original unscripted content for Disney+, agreed that serialized plot twists were not necessarily going to bring viewers back to the Muppets. "Sometimes it's not about if Piggy and Kermit are going to get together," he said. "It's about, how does that make something funny in a skit?"

The Muppets have had other contemporary successes that seemed to point to a path forward, including a 2009 viral video in which they performed Queen's pop-rock operetta "Bohemian Rhapsody," and a live show presented at the Hollywood Bowl (in 2017) and London's O2 Arena (in 2018).

Eric Jacobson, a Muppets performer who now plays Fozzie and Miss Piggy, said that the live concerts were a crucial step in steering the puppet troupe back to its fundamental values.

"They were very collaborative experiences," Jacobson said of the shows, which included classic Muppets numbers like "Mahna Mahna" and "Rainbow Connection."

"There was a real conscious effort to go back to the Muppets' roots, to play up the personalities and that sense of abandon that people really respond to," he added. 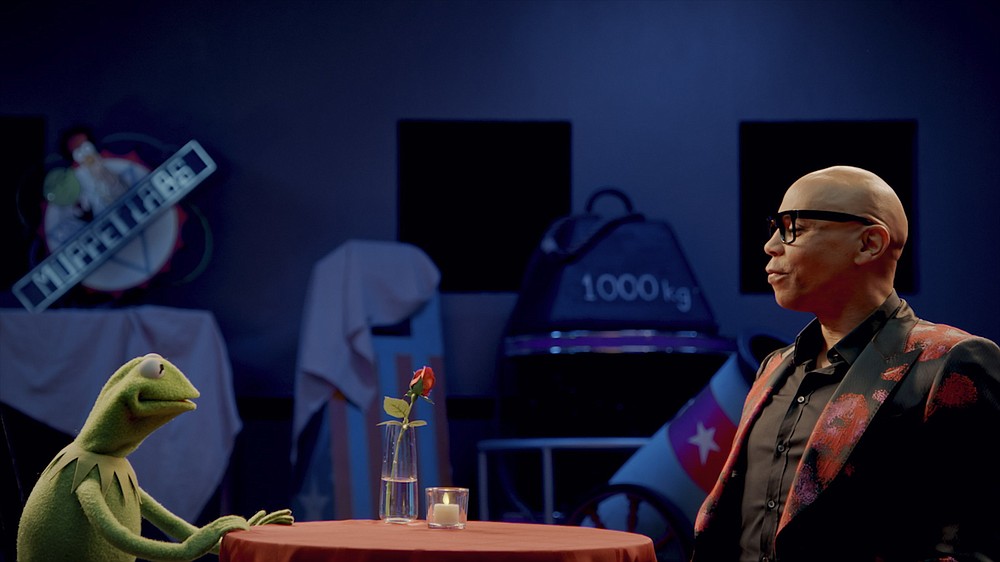 Kermit the Frog and guest star RuPaul have a little talk in a scene from an episode of “Muppets Now.”

Last year, Disney announced that it was working with the Muppets Studio to create a new sketch show. (Another planned Muppets series being prepared by Adam Horowitz and Edward Kitsis of "Once Upon a Time" and Josh Gad of "Frozen" was halted around this time amid creative differences.)

Silver, the Disney+ executive, said that "Muppets Now" should reflect the elasticity of the underlying property. Like Mickey Mouse or the Simpsons, he said, the Muppets are meant to "live among us — they're not a nostalgia play, they just exist in whatever time we're in."

What makes the Muppets work, Silver said, can be found in something as rudimentary as the early test footage for "The Muppet Movie" that shows Henson and Oz roaming the countryside as they ad-lib dialogue for Kermit the Frog, Miss Piggy and Fozzie Bear.

"It's just Jim and Frank figuring out, how do you put them in the real world outside a studio?" Silver said. "It's completely improvised and it's hilarious. The whole framework was there. It just needed to be appropriated into today."

The structure of "Muppets Now," he said, was also suggested by going back to the early days and taking a cue from the original "Muppet Show," which was in part a send-up of comedy-variety programs of the 1960s and 70s. As Silver put it: "If 'The Muppet Show' was a subversion of Sonny and Cher and Ed Sullivan, what would that be in this day and age? And the answer is YouTube."

Taking the programming formats of streaming video and populating them with its antic characters, "Muppets Now" gives us segments like a beauty and lifestyle video blog hosted by Miss Piggy; a cooking competition with the Swedish Chef; and a high-octane Muppet Labs science test with Dr. Honeydew and Beaker. (Of course, there are also cheeky cameos from celebrities like Aubrey Plaza, Danny Trejo and Linda Cardellini.) 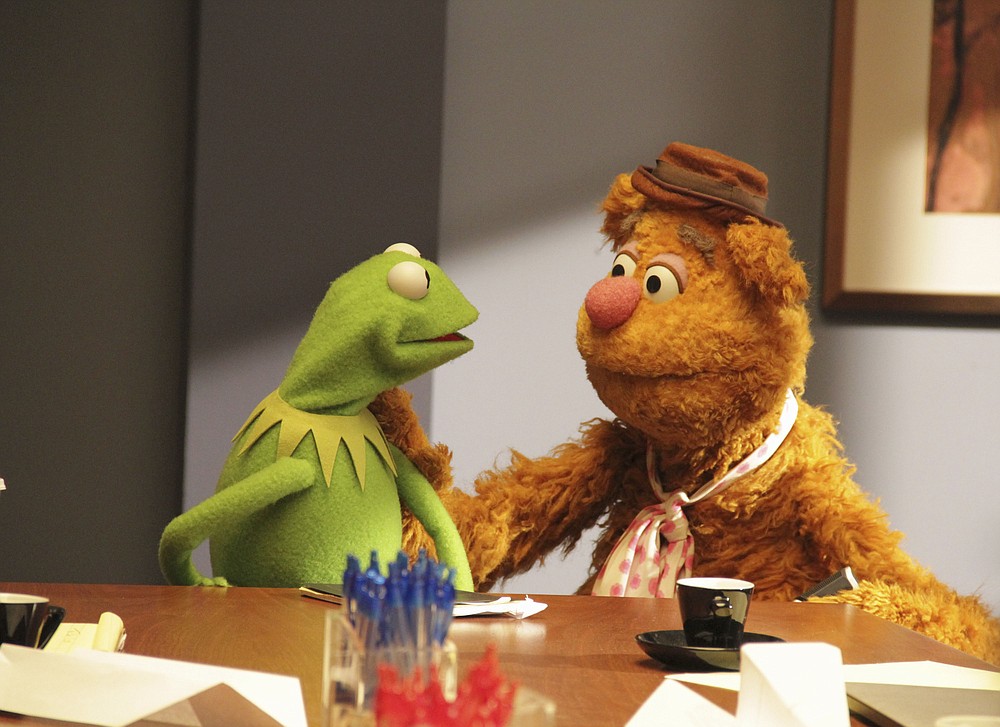 Kermit the Frog and Fozzie Bear were part of the 2015 ABC-TV series “The Muppets,” which drew attention for its single-camera mockumentary style. It was not well-received and was canceled after one season.

Most of the sketches were filmed last summer, amid a process that the Muppet performers said was collaborative and open to a wide range of inputs.

"When we're on set, there is discussion among the Muppet performers with the writer and the producer and director," said Matt Vogel, who plays Kermit the Frog.

"We'll talk it through before we shoot something," Vogel said, "and even when we're shooting things, the Muppet performers are pretty adept at ad-libbing as long as it's character-appropriate."

Still, some remaining footage for interstitial segments was produced during the coronavirus pandemic. This required performers to record themselves at home and required spouses, partners and children to lend a hand or keep quiet during their creation.

Vogel explained that his family had grown accustomed to the unusual parameters of his double life.

"I have five kids, and they're all used to having Muppets around the house or being on set with Muppets," he said. "They're always very respectful and kind, but they have their own kid lives that they're more concerned about than whether or not Kermit's playing the banjo in their basement."

Beyond this first season of "Muppets Now," Disney and the Muppets Studio are hopeful that the series will provide a starting point for further projects, but they were wary when it came to discussing specific plans.

"We definitely have ambitions for the Muppets to be doing more," said Slaughter, the Muppets Studio vice president. "But there's nothing that we're ready to reveal at this point." 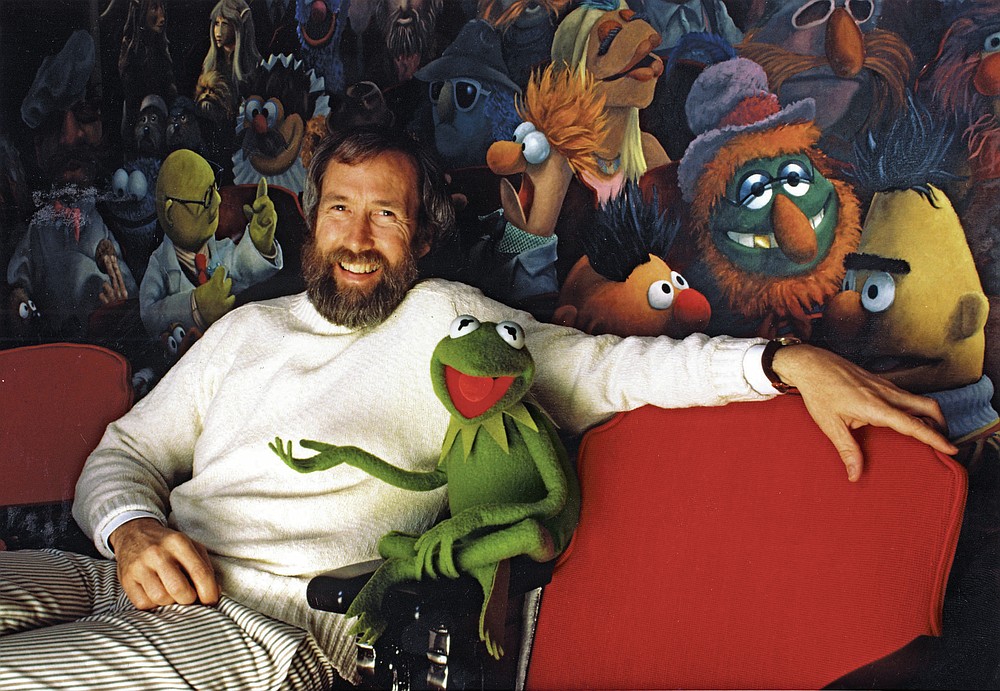 The exhibition “Jim Henson’s Fantastic World” opened its national tour at the Arkansas Arts Center in 2007. It was organized by the Smithsonian Institution and Jim Henson Legacy.

In the meantime, the creators and performers on "Muppets Now" said that, in trying to reproduce the do-it-yourself aesthetics of the internet, they felt they had also tapped into something essential about the Muppet characters: They are proud underdogs who seem to do their best work with limited resources.

"The Muppets have always flown by the seat of their pants," Jacobson said, explaining that they operate on "primitive production values and a very low bar that they set for themselves."

"Our aim was to produce these segments as though they were held together by spit and glue," he added. 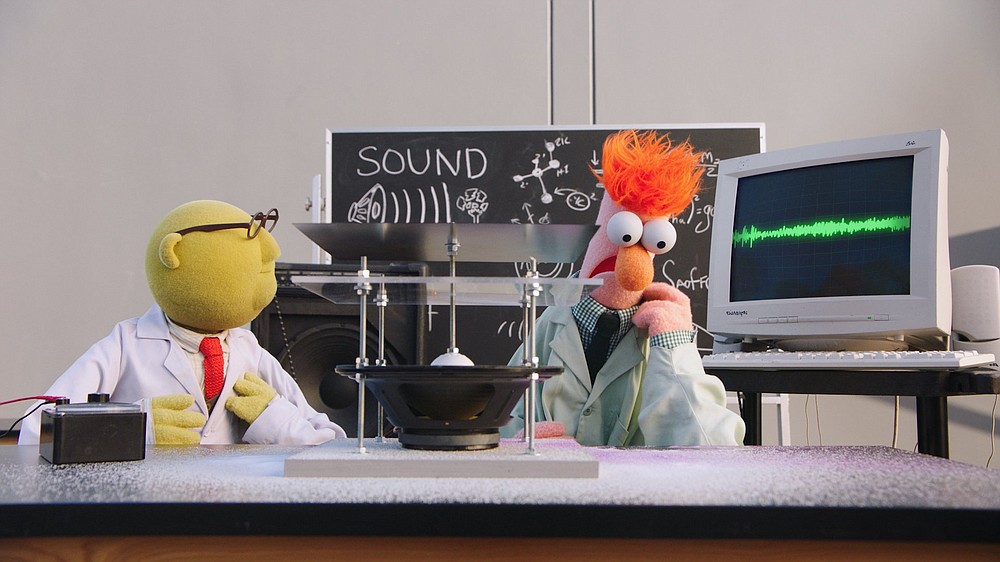 Dr. Bunsen Honeydew (left) and his assistant, Beaker, conduct a series of vibrational experiments with the help of a lonely, outdated computer in an episode of “Muppets Now” on Disney +.

The fact that "Muppets Now" is arriving during a summer when viewers are famished for original content felt consistent with the minimal aspirations of its title characters, Jacobson said.

Summoning up a self-deprecating sentiment that could just as easily come from the mouth of Statler or Waldorf, Jacobson said with a laugh, "People's expectations for anything new on television have gone down so much that the Muppets can actually deliver."