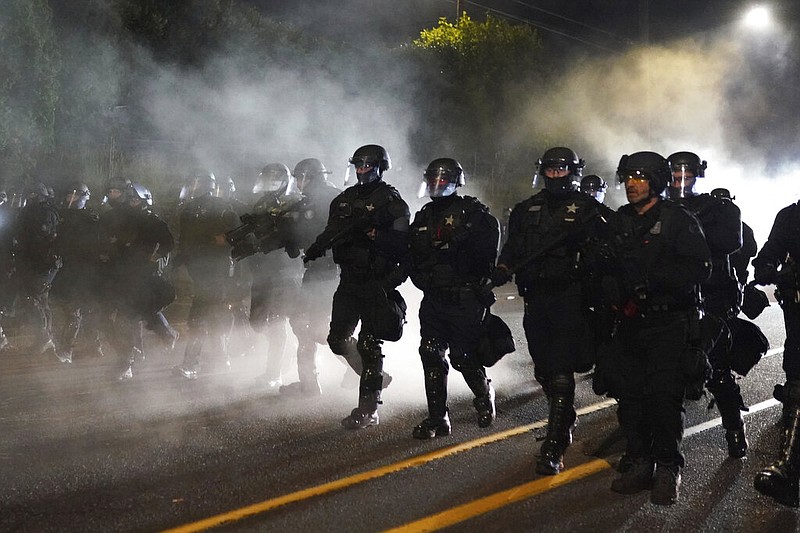 PORTLAND, Ore. -- Chaotic and often violent protests against racial injustice have topped the headlines for days, but lost in the shouting are the voices of many Black Portland residents themselves -- and their feelings about the unrest are nuanced and diverse.

Some feel the overwhelmingly white crowds of protesters -- and particularly those committing vandalism -- are co-opting the Black Lives Matter movement. Others welcome white demonstrators because with their larger numbers they can draw attention to the city's racial inequity in ways that Black demonstrators alone can't.

[Video not showing up above? Click here to watch » https://www.youtube.com/watch?v=VPY89-2EjCE]

Some believe deeply that there can't be a Black Lives Matter movement without defunding the police. Others say a recent vote to cut a specialized gun violence reduction unit is behind a sharp spike in shootings that's devastated their community.

Primarily, there is a persistent worry that a critical opportunity for achieving racial justice in Portland's tiny Black community could be lost. Many cite competing voices and the harsh glare of a national spotlight, which has reduced the situation to a culture war when the reality is much more complex.

"It happens so much that the things that we care about get hijacked and get put on the back burner. And that just gets put into a big barrel with everything else," said Neil Anderson, a Black business owner. "We all want the same thing. But so often we get drowned out."

The city's Black Lives Matter protests rocketed into the national consciousness in mid-July, when President Donald Trump sent agents from the U.S. Department of Homeland Security to protect a federal courthouse that had become a target of protesters.

The action galvanized the city and united demonstrators, but it also exposed a simmering tension between Black demonstrators and their white allies, as well as disagreements among Black residents themselves about the way forward.

The Wall of Moms, a group of mostly white women and self-described parents, gathered nightly to form a human chain between protesters and federal agents. Within two weeks, the group had imploded, with some Black community leaders accusing its leadership of trying to monetize their movement. The group reformed under Black leadership and a new name.

Demetria Hester, a Black woman who leads the new Moms United for Black Lives, said the departure of federal agents and the dissolution of the Wall of Moms has refocused the protests.

"These are the moms who actually want to ... make our reparations happen. Make this revolution happen," she said.

Seneca Cayson, who helped lead peaceful gatherings downtown, has mixed feelings. He feels white protesters who commit vandalism and taunt law enforcement are distracting from his message, but he also recognizes that they are drawing attention to racial injustice.

"What the white people have is something that we don't, and that's rights," Cayson said as he prepared to lead another peaceful rally with several other Black men. "We are fighting alongside them to ... be equal."

[Video not showing up above? Click here to watch » https://www.youtube.com/watch?v=BXixESWiNqk]

The Portland Police Bureau, with its newly appointed Black police chief, is for many Black residents just as polarizing as the protests.

For many, part of breaking down racial barriers means defunding the police entirely. The city population is less than 6% Black, but people of color were disproportionately stopped by the gun violence reduction team. An analysis of police use of force published last month found that in 2019, officers were much more likely to use force against Black people -- and particularly young Black men -- than other groups despite overall trends toward less use of force.

"It is the entire culture of the Portland Police Bureau that is fundamentally unmanageable and must change," said Jo Ann Hardesty, the city's first Black councilwoman and an activist who has pressed for police reform for 30 years. "The difference now is there are tens of thousands of Portlanders who want the exact same thing."

In July, the city experienced a sharp rise in gun violence that has overwhelmingly hurt Black people. There were 99 shootings -- more than triple the number from the previous July -- and the city has tallied 366 nonsuicide shootings this year compared with 388 in all of 2019. Roughly two-thirds of the victims in July were Black, said police Sgt. Derrick Foxworth.

Kimberly Dixon, who lost her son to gun violence in 2013, said the dissolution of the gun violence reduction team has hurt the Black community.

"You took away the expertise that was there, the relationships that were there," Dixon said. "That connectivity is important, historical context is important. When you disbanded it, did you rebuild? ... This is the carnage that is left in the community." 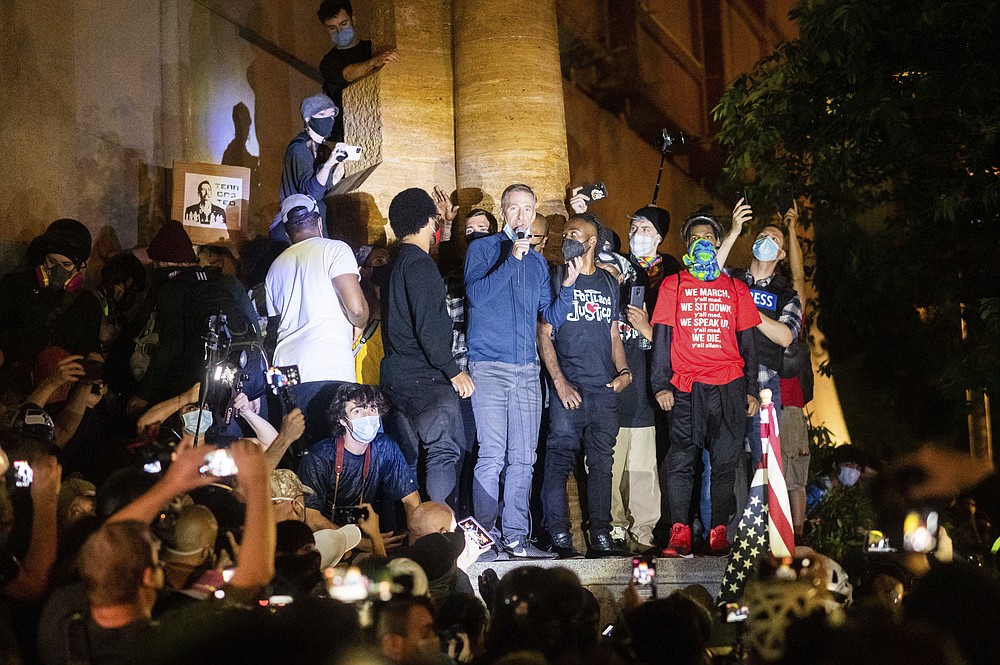 FILE - In this July 22, 2020, file photo, Mayor Ted Wheeler speaks to Black Lives Matter protesters in Portland, Ore. Protests in Portland have topped the headlines for days, but lost in the shouting are the voices of Black Portlanders themselves and their feelings about the unrest are nuanced and diverse. (AP Photo/Noah Berger, File) 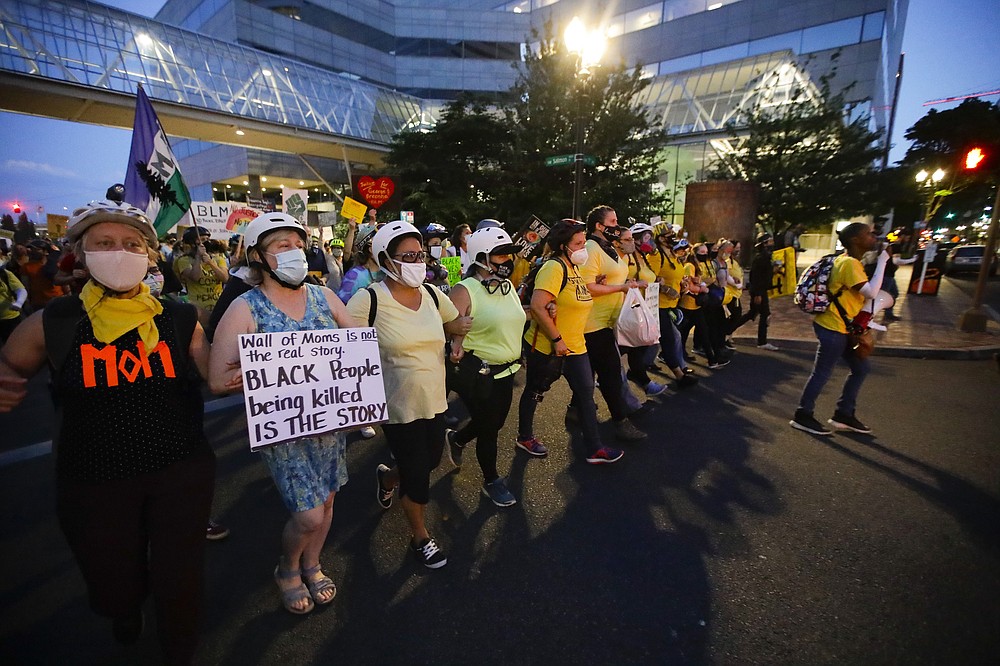 FILE - In this July 29, 2020, file photo, members of the "Wall of Moms" protest group march during a Black Lives Matter protest in Portland, Ore. Protests in Portland have topped the headlines for days, but lost in the shouting are the voices of Black Portlanders themselves and their feelings about the unrest are nuanced and diverse. (AP Photo/Marcio Jose Sanchez, File) 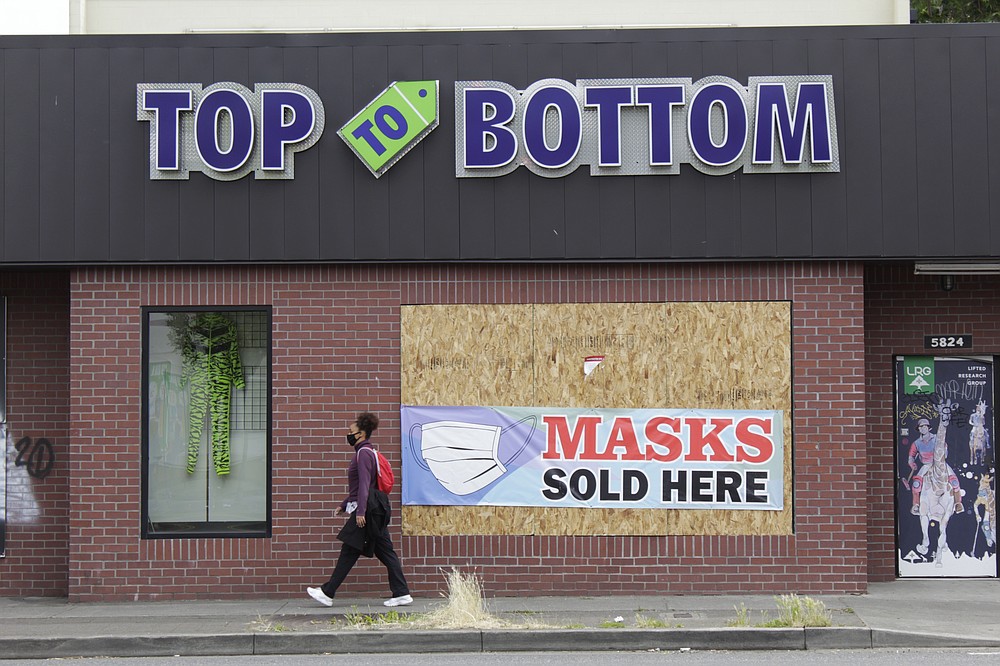 FILE - In this July 1, 2020, file photo, a woman walks past a business damaged during recent protests in North Portland, a historically Black neighborhood in Oregon. Protests in Portland, Oregon have topped the headlines for days, but lost in the shouting are the voices of Black Portlanders themselves and their feelings about the unrest are nuanced and diverse. (AP Photo/Gillian Flaccus, File) 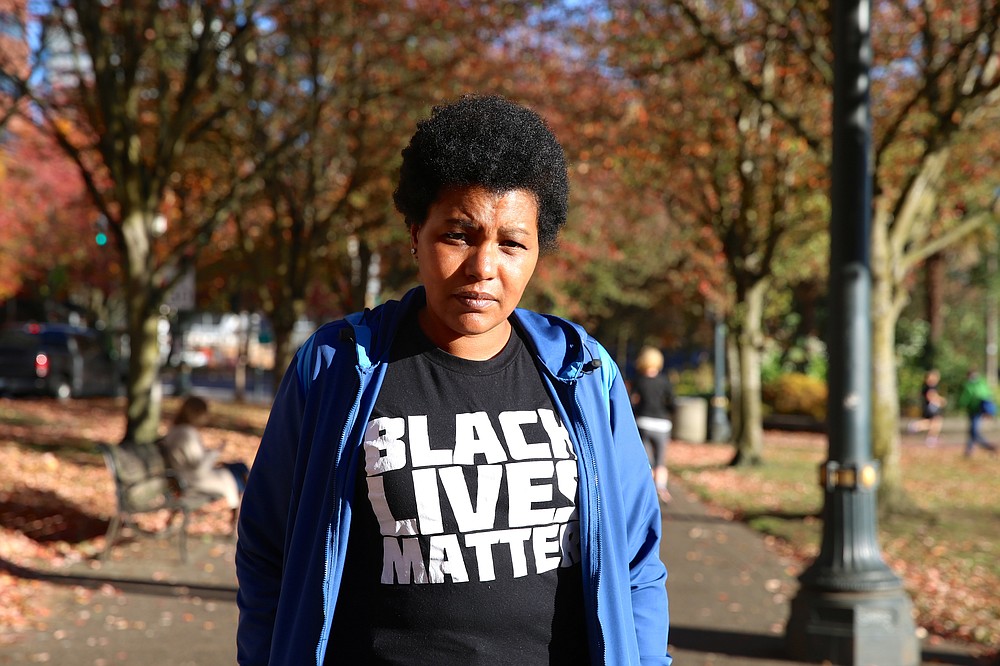 Teressa Raiford, of Don't Shoot Portland, poses for a photo on Oct. 31, 2017, in Portland, Ore. Protests in Portland have topped the headlines for days, but lost in the shouting are the voices of Black residents themselves Raiford, who is also a former mayoral candidate, said people who are questioning the legitimacy of protest through so-called “direct action” against police are on “the wrong side of history.” (Jim Ryan/The Oregonian via AP) 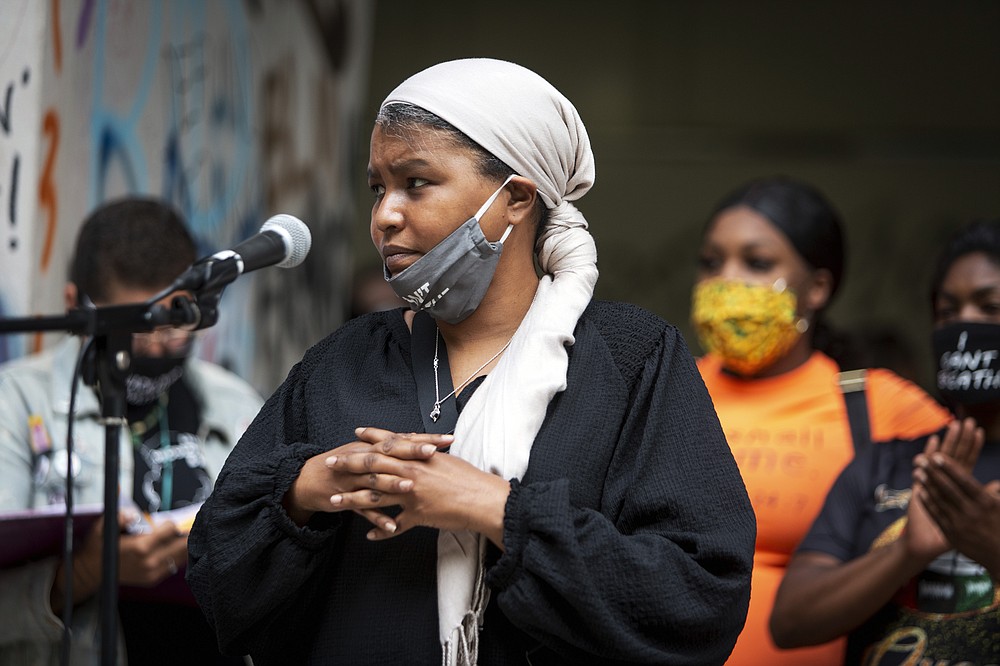 Teressa Raiford, executive director of Don't Shoot Portland, speaks in front of a crowd gathered in front of the Mark O. Hatfield Federal Courthouse in downtown Portland, Ore., on July 17, 2020, with several religious leaders calling for non-violent protests and greater accountability from local and federal officials. Other speakers called for an end to racial injustice. Protests in Portland have topped the headlines for days, but lost in the shouting are the voices of Black residents themselves. Their feelings about the unrest are nuanced and diverse. (Brooke Herbert/The Oregonian via AP)
ADVERTISEMENT