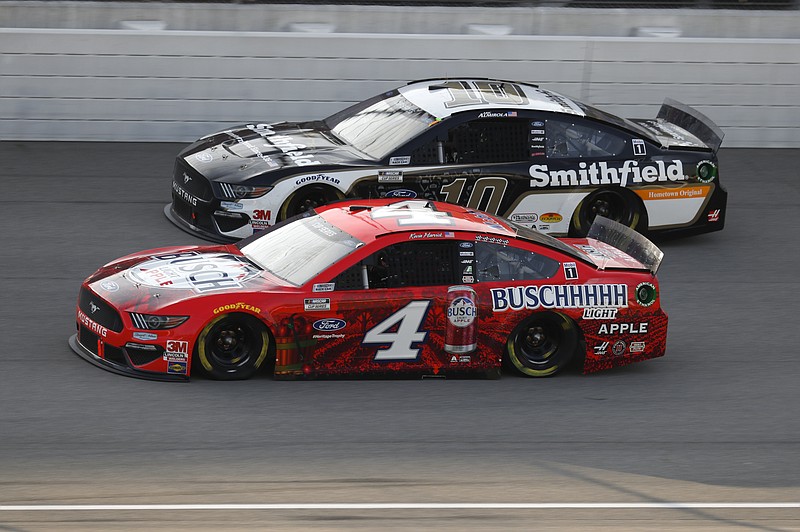 BROOKLYN, Mich. -- Kevin Harvick won just about everything he could in a stellar weekend at Michigan International Speedway, although fittingly, Denny Hamlin was the last driver to pressure him.

Harvick held off Hamlin on Sunday to complete a doubleheader sweep in the NASCAR Cup Series. He'd also won Saturday's race, and the two victories gave him six on the season -- the most of any driver.

Hamlin, who has five victories, nearly chased Harvick down at the very end, and this weekend did nothing to dispel the notion that these two are top contenders for this year's championship.

"I have tremendous respect for everyone on that team and Kevin," Hamlin said. "As we've gotten older, we've gotten wiser and learned to really appreciate what each other does on the race track. Obviously, they're having a great season as well."

Hamlin was right behind Harvick for the final few laps and came close to passing him a couple of times, but Harvick stayed in front. Hamlin's final desperate bid came up short at the end when Harvick crossed the finish line 0.093 seconds ahead.

With NASCAR running an adjusted schedule because of the coronavirus, both Michigan races were held on the same weekend. That meant Harvick became the first driver since Richard Petty in 1971 to win back-to-back Cup races on consecutive days. Petty did it July 14 and 15 at Islip and Saratoga.

"It's been a long time since I've raced back-to-back days, let alone in the Cup car," Harvick said. "I've never accomplished that obviously, but we've done that a couple times this year, so I think for us it's worked out pretty well. We're hoping it goes the same way at Dover when we go there in a couple of weeks."

But one of those cautions Sunday came after a wreck that knocked out two of Team Penske's stars.

Brad Keselowski's Ford made contact with Ryan Blaney's No. 12 car shortly after the start of the final stage, sending the teammates slamming into the wall.

"It's my fault. I feel really bad for my teammate, Ryan Blaney," Keselowski said. "He didn't deserve that. ... I went to get underneath the 12 and I just slipped. I lost the back a little bit and when I went to collect it he was there and I wiped him out and myself out, so I feel terrible for everyone at Team Penske and especially Ryan Blaney."

That wasn't enough to ruin the day for Ford, which has now won six consecutive Cup races at Michigan. Harvick has taken four of the past five.

"When you start getting texts from Edsel Ford on how important the weekend is, you answer those," Harvick said. "I've been around Ford for several years now and you understand the importance of winning at Michigan. The energy and effort that they not only put into our cars, but that they put into the engines at Roush Yates. This is the place, right behind Daytona, that everybody from Ford wants to win at."

Harvick's 55th career victory moved him into a 10th-place tie with Rusty Wallace, one behind Busch.

Busch remained winless this year after a fourth-place finish, but he turned in solid performances both days. Martin Truex Jr. was one spot ahead of him Sunday.

"Yesterday and today, the car drove great. The best driving car I've had here at Michigan," Busch said. "When you have so much comfort I guess build into the car, you just don't quite have enough speed. We weren't going to change that overnight, so we stayed consistent with many of the things that we were doing from yesterday just to have a good, solid effort of it today and not screw anything up."

Aric Almirola, Kurt Busch and Kyle Busch remain the top drivers without a win in the points standings with four races left in the regular season.

Keselowski has still never won a Cup race in his home state of Michigan. He finished second Saturday in the first of the two races held without fans at MIS. 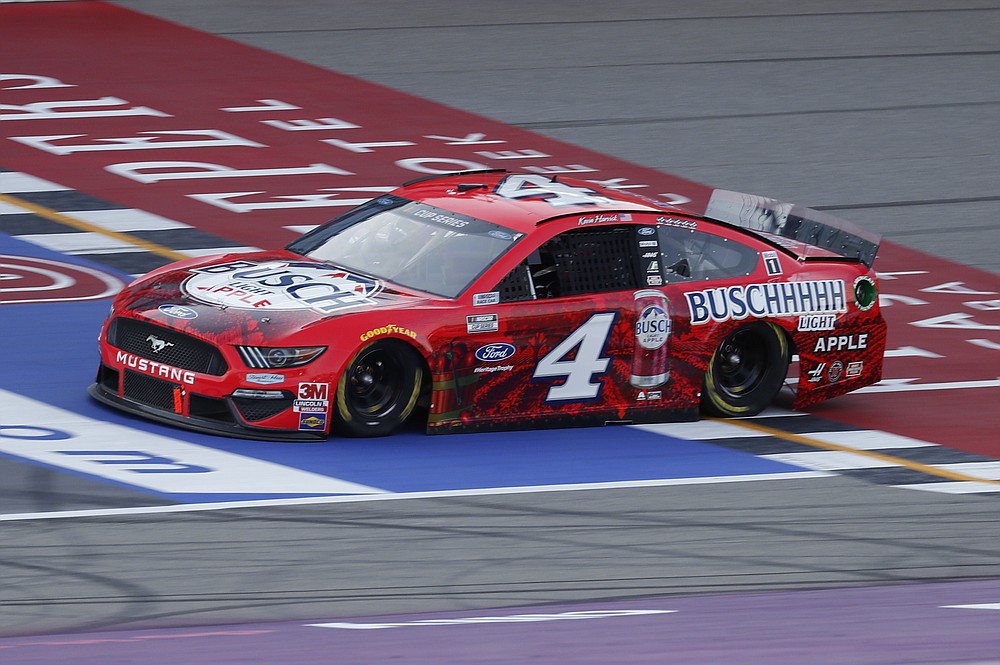 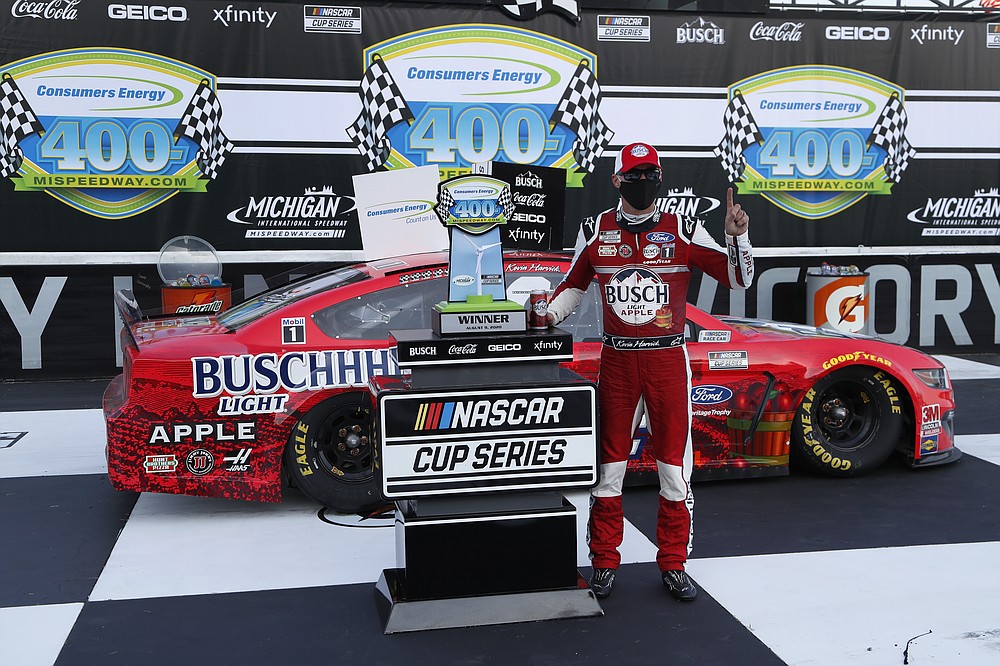 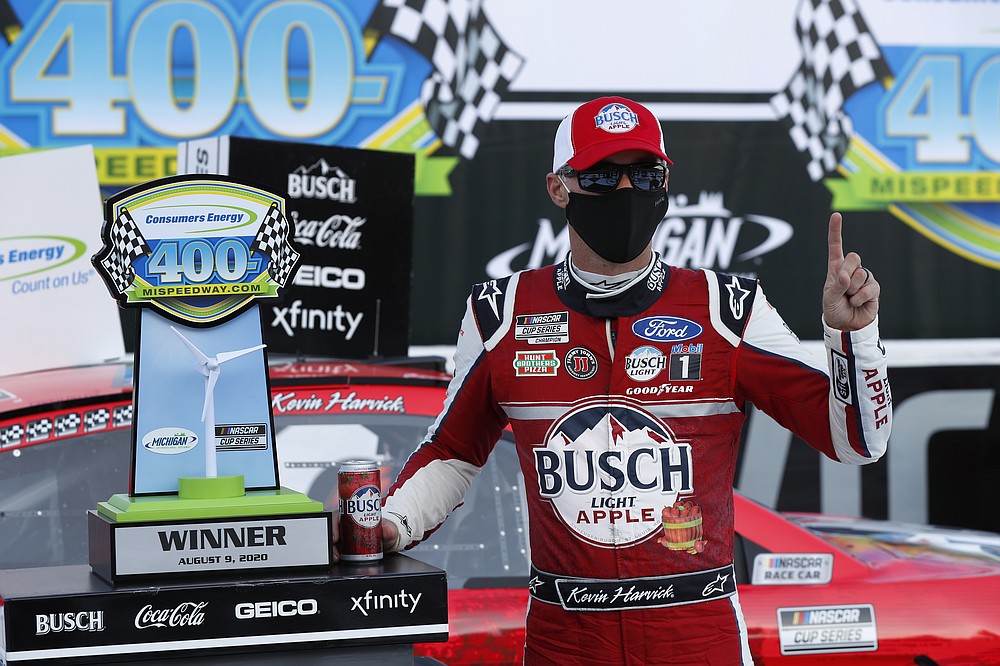