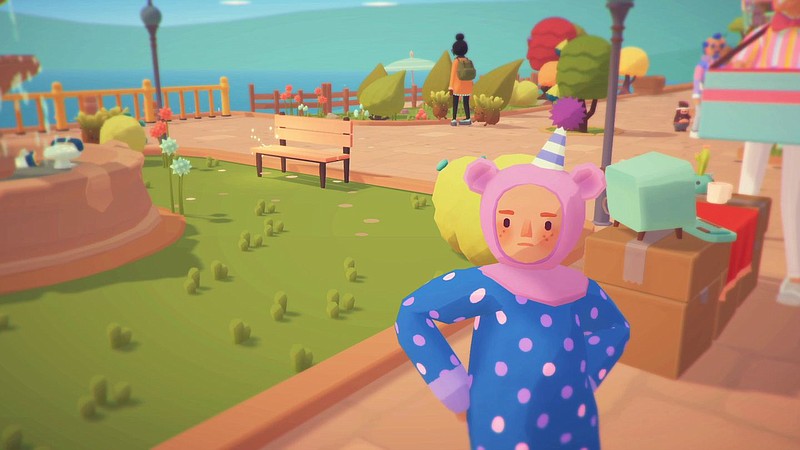 Upon booting up "Ooblets," I was immediately taken by the video game's cheery presentation. Everything is bright, colorful, and all its characters are warm and friendly. The virtual world is a safe, happy bubble; a respite from our grim, pandemic-stricken realities.

As someone who played "The Last of Us Part II" for the last month, delving into heavy themes of loss and revenge, "Ooblets" is a welcome change of pace.

As much as I loved its joyful vibe, though, it soon became clear that it needs more time in development before becoming something great.

"Ooblets" is an early access game, after all, meaning you play before full release as its creators tinker and iron out kinks. Available on PC (exclusively through the Epic Games store) and on Xbox One via Xbox Game Preview, "Ooblets" puts you in the shoes of an amateur farmer. It takes ideas from` "Pokémon" and "Stardew Valley," but instead of completely replicating those concepts, it blends them together to form something fresh.

Your main goal in "Ooblets" is to catch, well, Ooblets. These are tiny monsters that roam the world in cute herds. After choosing which Ooblets Club to join, like the socially awkward Mimpins or the cocky Peaksnubs who say they're a group for "born leaders," you're given a starter monster, just like you would in "Pokémon."

You fight other Ooblets in frenzied dance battles, and if you win encounters, you gain the seed of your opponent. You plant it in your garden, let it grow for an allotted time and later harvest it to receive a new Ooblet.

Combat plays out similar to the card battler "Slay the Spire." In these turn-based fights, your cards are your Ooblets' moves and you win by reaching a certain point total before your foe. Some cards let you stun opponents, accrue points or power-up to make your maneuvers more effective. Like the rest of its world, these battles are dripping with charm: Catchy music plays overhead while your Ooblets dance, sometimes even twerk, their way to victory.

It's a joy to watch, but combat in practice is lackluster. The enemy's moves are too random to make sense and matches are too simple, requiring little strategy. Some fine-tuning and balancing are needed.

Outside of fights, you can spend your time doing home improvement, transforming your decrepit shack into an eye-catching home. Everything is costly, requiring resources or Gummies, which are the game's main form of currency. Like "Animal Crossing: New Horizons," "Ooblets" is dependent on its in-game capitalism: You perform labor (quests, battles, scrounging for resources) so you can reap rewards in buying furniture, clothes, sprinklers for your garden, and so on. It's an addictive gameplay loop, but I was starving for more.

The biggest problem with "Ooblets" is there just isn't enough to do.

Even as the world opened up to other towns, these new areas offered little other than some more enemies to fight in the exact same fashion. Repetition is everywhere in "Ooblets" -- most of the quest lines require battling or collecting resources -- which grows stale. Side activities like fishing aren't fun either, requiring you to press a button and wait to see what you reel in.

To make matters worse, I encountered a long list of bugs: Areas wouldn't load properly; my character got stuck in objects; and at one point I couldn't read a quest description because it just said, "quest description." A key component is missing: Everything you do feels like a side quest, with little to no overarching story about why you moved here or your ultimate goal. 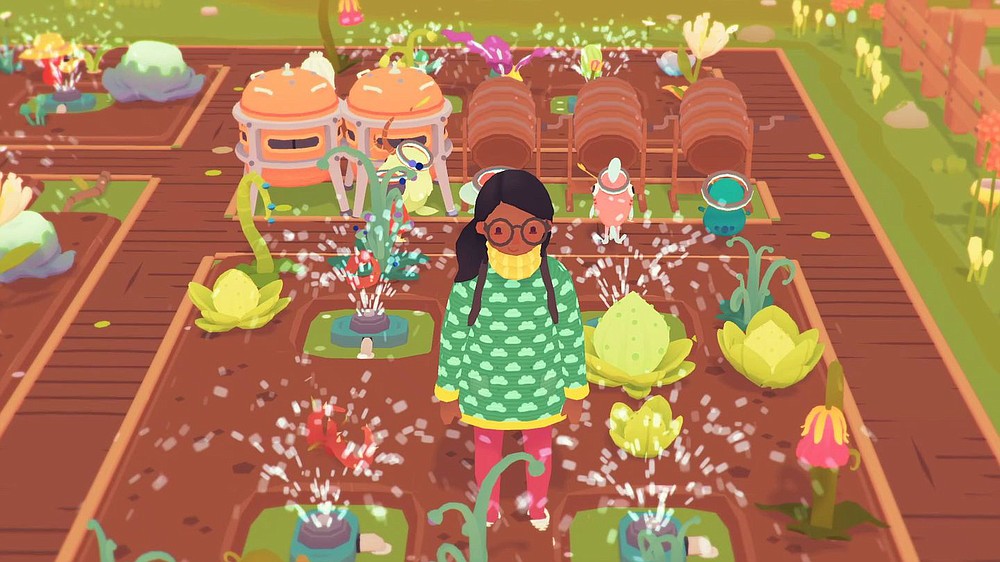 Yet, I kept playing, because it's hard to turn away from the inviting and weird world of "Ooblets." I enjoyed the dialogue of the townsfolk, ranging from hilarious to strikingly real chatter, like a young woman speaking about being unemployed and living with her parents despite graduating from college, and a man saying that wearing a turtleneck is "the closest he's come to dying."

All the Ooblets have cute, dorky names like Dumbirb and Unnyhunny. Fishing is called "sea dangling."

The seeds of potential are there. Time will tell whether "Ooblets" blossoms into something better.