READ TO ME: This animal doctor never sleeps 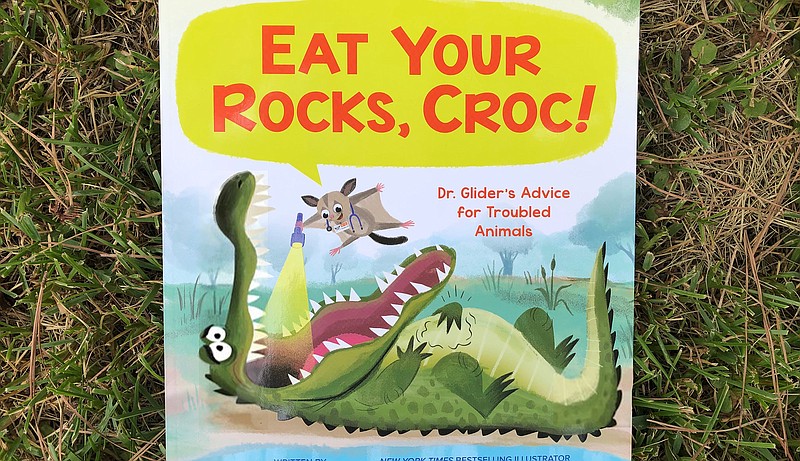 STORY: Troubled animals bring their complaints to Dr. Glider, and she gives them the advice they need to feel better. None of these animals has an incurable disease; a few of them need social advice. Each animal must stop trying to do things that species shouldn't do, or it needs to start using its species' talents.

Young Will de Beest the Wildebeest complains that Mom has him up and running over the plains too early. He wants to sleep in, like the cheetah cubs. But Dr. Glider says Mom is right. Will is a prey animal. If he doesn't want to be the cheetahs' breakfast, he had best wake up bright and early.

By itself the exchange is cute and also informative, and Pete Oswald's illustration is snappy. But Keating adds value. Sidebar cartoons explain that some babies belong to species that take their time learning to move. Humans, rabbits, marsupials and most rodents are like that, and the word for it is "altricial." Will's relatives -- along with horses, ducks, hares and some other species — are "precocial," meaning they are ready to run soon after birth.

Dr. Glider explains kidnapping to an aphid, self-defense to a platypus, stomach stones to a crocodile, remoras to a shark and sky-sleeping to a frigatebird. She tells the krill to watch out for whales and warns the male praying mantis not to go on any more dates (because of "sexual cannibalism" and, yes, we learn that term in a sidebar cartoon). There are many cases, all fascinating, each one amplified with nifty facts.

One of the more odd patients (considering) is Talia, a tawny owl, who has headaches. She's nocturnal, Dr. Glider says. She needs to drop the daytime yoga class. Dr. Glider doesn't have headaches or any physical complaints even though, as a sugar glider, she also is nocturnal. She should be sleeping during the day instead of seeing patients.

The story doesn't explain this or even bring it up, so kids who notice and ask should get gold stars for logic.

Oswald is also an animator and author, and his style might seem familiar because he illustrated John Jory's terrific "The Bad Seed" and its sequels.

Keating, a zoologist, has won awards with her earlier science picture books, including "Pink Is for Blobfish" and "Shark Lady." "Ocean Speaks: How Marie Tharp Revealed the Ocean's Biggest Secret" was published by Tundra Books in June.