MASTER CLASS: Your stance changes the muscles taxed by squats 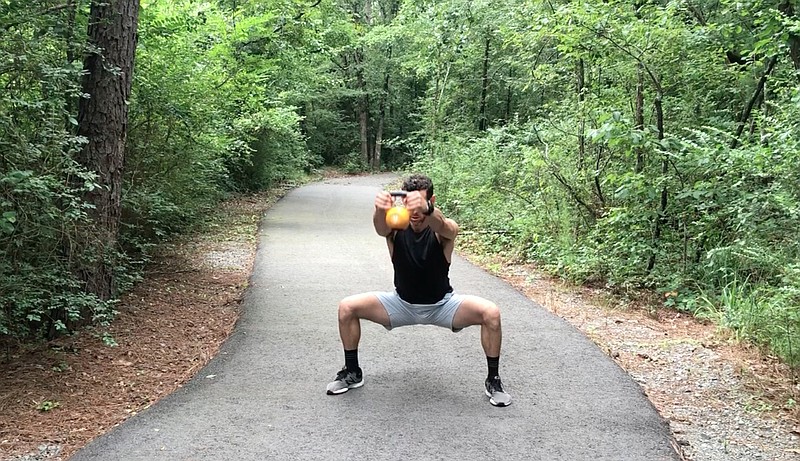 Squats are a mainstay among programs targeting the development of lower body strength, stability and muscular endurance. There is simply no effective alternative that achieves the same relative benefits of the squat, which is why it has been featured as a foundational lower body strength exercise since the advent of resistance training.

This week, I'll discuss some squat technique variations and how those adjustments affect training outcomes. Plus, I will introduce a dynamic squat exercise that demonstrates the value of changing your stance.

The traditional squat challenges the quadriceps, hamstrings, gluteal group and the core muscles in one simple movement. It is efficient, challenging and possible for almost anyone to perform. At the risk of offending Voltaire, who said "perfect is the enemy of good," I'd like to discuss a few squat alternatives that can (dare I say) improve it a little more.

The basic squat is done with the feet just beyond shoulder-width apart. This position provides good stability, excellent lower body muscle activation, and it presents very low injury risk for the exerciser. However, it's possible to make the stance a little wider or narrower, depending on the desired outcome.

A wider stance will result in greater engagement of the muscles around the hips. The gluteal group and inner thigh muscles come alive in the wide stance version of the squat, while the quadriceps recruitment is reduced.

For those looking to really blast the quads, a narrow stance is the way to go. The key is to adjust stance to match the desired outcome of the exercise while always going back to the traditional stance width to evaluate strength and endurance improvements. It's important to have that consistent baseline that provides the necessary feedback on training results.

This week's exercise is like the surf and turf of squat movements, as it incorporates both stance options — for those who simply can't decide. The Wide/Narrow Squat Raise even adds a little shoulder work.

1. Grasp a kettlebell with both hands and stand with your feet together.

2. With your right foot, step to the right so you are in a wide stance. As your foot touches the ground, squat by bending the knees and hips. As you do this, raise the dumbbell in front of your body until it's at chest height.

3. Stand back up and allow the kettlebell to lower back down while you remain in the wide stance. Step in with the right foot so that you are in a narrow stance (your feet should be 1 or 2 feet apart).

4. Squat again when your foot touches the ground. Squat down and raise the kettlebell simultaneously.

This takes some timing and coordination, but continue the pattern for 12 repetitions, and then repeat all this using the left foot for one more set.

The Wide/Narrow Squat Raise is rare, as it requires lateral movement along with a more traditional flexion/extension of the joint(s). I think this is why I enjoy it so much, as there are few dynamic exercises that provide this kind of functional strength improvement. I hope you enjoy it too!