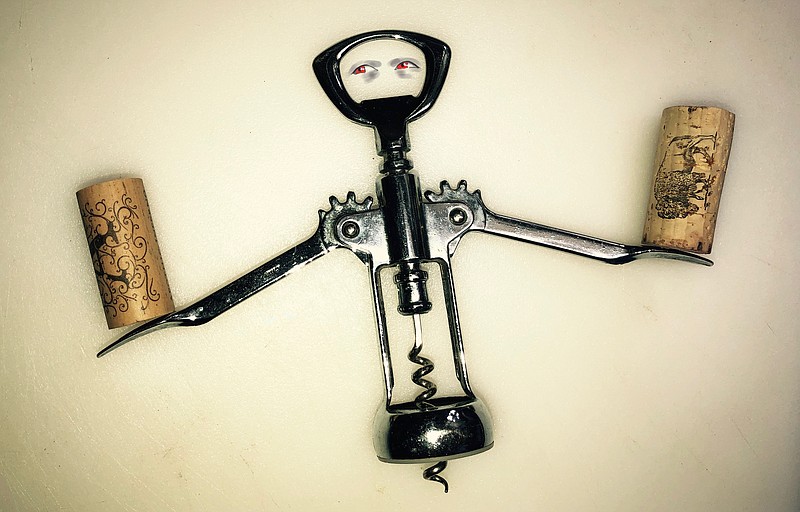 Can a daily drink or two lead to better health?

For many years, the federal government's influential dietary guidelines implied as much, saying there was evidence that moderate drinking could lower the risk of heart disease and reduce mortality.

But now a committee of scientists that is helping to update the latest edition of the Dietary Guidelines for Americans has taken a harder stance on alcohol. In a report to the federal agencies that set the guidelines, the committee recommends that men and women who drink limit themselves to a single serving of wine, beer or liquor per day. Do not drink because you think it will make you healthier, the committee says: It won't. And it maintains that drinking less is generally better for health than drinking more.

"Although alcohol can be consumed at low levels with relatively low risk, for those who choose to consume alcohol, evidence points to a general rule that drinking less is better for health than drinking more. Therefore, the focus should remain on reducing consumption among those who drink, particularly among those who drink in ways that increase the risk of harms," the report states.

That message is a departure from earlier guidelines, which since 1980 have defined "moderate" drinking as up to two drinks a day for men and one for women. Government agencies have also long defined a standard drink as 12 ounces of regular beer, 5 ounces of wine, or 1½ ounces of distilled spirits (40% alcohol), amounts often exceeded in Americans' typical "drink."

Between 1990 and 2010, many editions of the guidelines, which are updated every five years, discouraged heavy drinking and warned pregnant women and people with certain medical conditions not to drink. But they also noted that moderate drinking was linked to fewer heart attacks and lower mortality. The 2010 guidelines mentioned that moderate drinking might even "help to keep cognitive function intact with age."

If accepted, the new recommendation would be a victory for experts who have long questioned the health halo around moderate drinking. They say that studies showing it can protect health are deeply flawed and that any potential cardiovascular benefits would be outweighed by the fact that alcohol is a leading preventable cause of cancer. According to the National Cancer Institute, even one drink a day increases the risk of breast, esophageal and oral cancer.

The new advice is not final. The advisory panel includes it in a report that was released publicly in mid-July and submitted to the Department of Agriculture and the Department of Health and Human Services. Those two agencies are scheduled to publish the official dietary guidelines later this year.

The report can be downloaded from the website of the Dietary Guidelines for Americans, dietary guidelines.gov. The site includes a link for public comment.

If accepted, the new recommendation would make the United States the latest country to issue stricter guidelines on alcohol consumption. In recent years, Australia, Britain, France and other countries have issued new guidelines lowering their recommended limits on daily and weekly alcohol intake. Health authorities in those countries have said that evidence suggests consuming less alcohol is safer and that even one drink a day increases cancer risk.

The scientific debate over moderate drinking dates at least to the 1970s when researchers in California noticed that teetotalers seemed to have more heart attacks than people who drank moderately. In the decades that followed, many observational studies looking at large populations documented what is known as a J-shaped curve between alcohol and mortality from all causes, especially heart disease: Mortality rates dipped for moderate drinkers compared to nondrinkers and then climbed higher among people whose intake exceeded one or two drinks daily.

But observational studies can show only correlations, not causation. And they have other limitations. Studies show that compared with heavy drinkers and abstainers, people who drink moderately tend to be wealthier and have higher levels of education. They tend to have better health care, exercise more, eat healthier diets and have less obesity.

One study that compared nondrinkers with moderate drinkers -- defined as having two drinks daily for men and one for women -- found that 27 out of 30 well-established risk factors for heart disease were "significantly more prevalent" among nondrinkers. Rather than causing better health, in other words, moderate drinking may be a marker for higher socioeconomic status and other lifestyle factors that promote a longer life.

Another problem with observational studies is selection bias. In some large studies, people categorized as "nondrinkers" might be former heavy drinkers or they might have health problems that cause them not to imbibe.

When rigorous studies take these factors into account, "the appearance of protection vanishes like the mist on an autumn day as the sun comes up," said Timothy Stockwell, an alcohol researcher and director of the Canadian Institute for Substance Use Research at the University of Victoria. "All of these thousands of studies, when you do a forensic examination of them, most of them have these horrendous flaws and are open to these systematic biases."

Not everyone agrees that the health benefits of moderate drinking are illusory. Alcohol has blood-thinning properties, and red wine, in particular, contains polyphenols that have beneficial effects on the microbiome, said Dr. Erik Skovenborg, a family doctor and member of the International Alcohol Forum, scientists who study alcohol and health.

Alcohol also raises HDL cholesterol, often referred to as the "good" kind, though recent studies have cast doubt on it being cardioprotective.

Skovenborg said the observational data made it clear that moderate drinking was more than a marker for a healthy lifestyle.

"In these studies, you have many participants that have all the healthy lifestyle factors," he said, "and if you add moderate alcohol consumption on top of that, it increases the benefits regarding longer life and fewer health problems."

Skovenborg said his general advice to patients who drink was to follow the Mediterranean tradition: Have a little wine with your meals, drink slowly, enjoy it and don't drink to get drunk. Exercise regularly, avoid smoking, eat nutritious foods and maintain a normal weight. "It's a pattern of things you should be doing, not just one thing," he added.