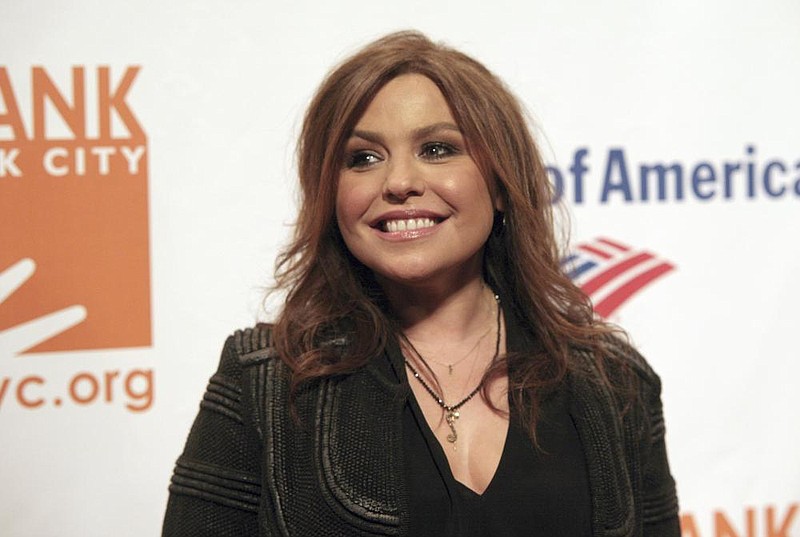 FILE - In this April 9, 2014 file photo, Rachel Ray attends the Food Bank of NYC Can Do Awards Benefit Gala on in New York. Authorities say a massive fire engulfed Ray's New York home. The Warren County sheriff said there were no injuries during the Sunday, Aug. 9, 2020 evening fire at her home in Lake Luzerne. (Photo by Andy Kropa/Invision/AP, File )

• Cooking show star Rachael Ray has lost her house to an early morning fire, authorities said. As many as 16 fire departments responded to the fire at Ray's home in Lake Luzerne, N.Y., which started around 5:30 p.m. Sunday, according to Brian LaFlure, fire coordinator for the Warren County Office of Emergency Services. Photos from the fire scene show flames bursting through the roof and long plumes of smoke extending into the sky. No one in Ray's household or from the responding firefighters was injured, LaFlure said. "Thank you to our local first responders for being kind and gracious and saving what they could of our home," Ray posted on Twitter on Monday. "These are the days we all have to be grateful for what we have, not what we've lost." Ray's representative Charlie Dougiello said in a statement that the extent of the damage to the home was unclear. The home is at the end of a private drive in a rural area that has no fire hydrants, so firefighters had to pump water from a nearby pond and transport it with tankers to extinguish the flames, LaFlure said. The fire-fighting efforts lasted until around 3 a.m. Since April, Ray has been filming "#STAYHOME With Rachael" two days a week from her Lake Luzerne home. Her husband, John Cusimano, has been the show's cameraman, producer, cocktail maker and musical guest. Amid the pandemic, Ray's organization donated $4 million to several charities including food banks, relief funds for laid-off restaurant workers and animal rescue work. She credited her mother, who lives across the street and also operated a restaurant, with motivating her to give the donation. "She wants a daily update of what you're doing to help the world. In detail," Ray said.

• Antonio Banderas says he has tested positive for covid-19 and is celebrating his 60th birthday in quarantine. The Spanish actor announced his positive test in a post Monday on Instagram. Banderas said he would spend his time in isolation reading, writing and "making plans to begin to give meaning to my 60th year to which I arrive full of enthusiasm." "I would like to add that I am relatively well, just a little more tired than usual and hoping to recover as soon as possible following medical instructions that I hope will allow me to overcome the infection that I and so many people in the world are suffering from," Banderas wrote. A spokesman for Banderas didn't immediate respond to messages Monday. Earlier this year, Banderas was nominated for the Academy Award for best actor for his performance in Pedro Almodóvar's "Pain & Glory." 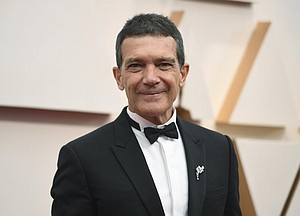 Photo by Invision
FILE - Antonio Banderas arrives at the Oscars in Los Angeles on Feb. 9, 2020. Banderas says heâ€™s tested positive for COVID-19 and is celebrating his 60th birthday in quarantine. The Spanish actor announced his positive test on Instagram on Monday. (Photo by Richard Shotwell/Invision/AP, File)
ADVERTISEMENT