RESTAURANT TRANSITIONS: Grub’s goes and a Gusano’s will move in 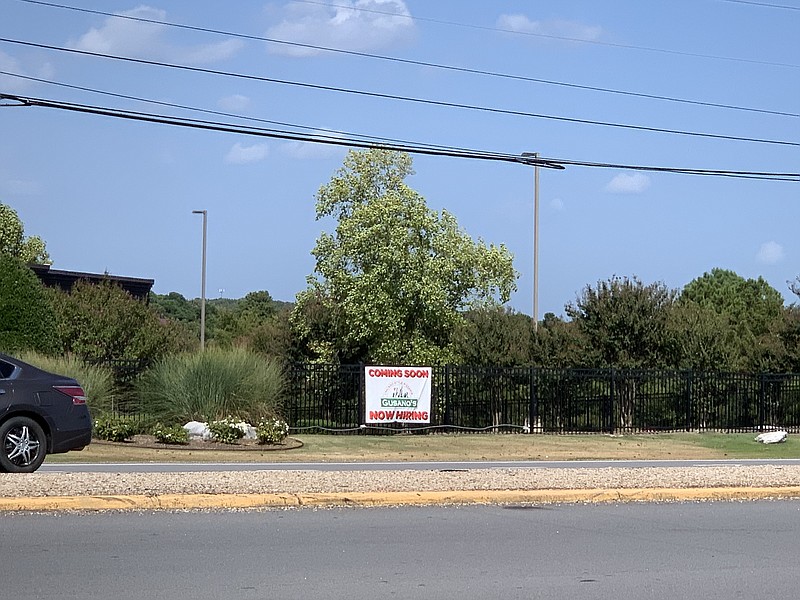 The Little Rock outlet of Grub's Bar & Grille in the Village at Pleasant Valley on Rodney Parham is closing permanently and a revival of Gusano's will be moving into the space. (Arkansas Democrat-Gazette/Eric E. Harrison)

The Little Rock outlet of Fayetteville-based Grub’s Bar & Grille,10700 N. Rodney Parham Road, Little Rock, which we had reported in July had suspended operations “during this unprecedented time,” has issued the update it promised on its Facebook page (facebook.com/grubslittlerock), posting Aug. 5 that “Unfortunately, Grub’s Little Rock is closing permanently.”

A replacement has already been announced: “Our sister company, Gusano’s, is returning to Little Rock!” A banner hangs on the fence surrounding the Village at Pleasant Valley shopping center, at the confluence with Interstate 430.

Gusano’s got its start in Little Rock in 2004, and subsequently opened outlets in Bentonville, Fayetteville, Rogers, Bella Vista, Springdale and Fort Smith in Northwest Arkansas, and in Texarkana and in Joplin, Mo. Outlets in Conway and Pittsburg, Kan., have closed. So has the one in Little Rock, which shut down in January 2019, also ending owner Tim Chappell’s plans to resurrect The Shack there. The Library Kitchen + Lounge opened in the space, 313 President Clinton Ave. in the River Market, earlier this year.

We’ve been unable to corral any other details, including a timeline. The listed phone number for Gusano’s corporate headquarters in Rogers, (479) 631-3033, returns a “disconnected” message and an email message sent via the website, gusanos.pizza, was not returned by deadline. We’ll continue to monitor various Facebook pages for updates.

If you check out the Facebook page (facebook.com/CopelandsLR) for Copeland’s of Little Rock, in the Shackleford Crossings shopping center, 2602 S. Shackleford Road, Little Rock, you will see that “in compliance with CDC guidelines, we are temporarily closed.” However, one of our eagle-eyed readers has tipped us off that at 8 a.m. Aug. 20, Little Rock-based Blackmon Auctions will hold an online auction at Copeland’s “selling ALL contents.” That would pretty much show that the closure is no longer temporary. The restaurant phone number, (501) 312-1616, hasn’t exactly been disconnected, but after about a dozen rings we got a voicemail explaining, “The mailbox number you are trying to reach is not in service. Goodbye!” The auction, according to the auctioneer’s website (blackmonauctions.com/project/copelands-restaurant- little-rock-equipment), includes gas ranges and ovens, refrigerators, food warmers, ice machines, bar equipment, storage racks, dishes, glassware, cookware, flatware, tables, chairs, bar tables and stools, a “Sound System by Klipsch & QSC” and a Honeywell Camera System. Blackmon’s John Doss is conducting the auction; his phone number is (501) 584-4410.

There are some updates on the progress of Black Angus, moving back to what had been its former home at West Markham and Van Buren streets in Little Rock. Owner Karla Creasey says she’s aiming toward the first week of September, awaiting the laying of the brick for her new chimney, on the east side of the former Chi’s Too building, scheduled to take place Monday, and the pouring of asphalt, set for the following Monday — “then BOOM!, we will be ready!” Creasey said as she was having to move out of the North Rodney Parham Road location she’d occupied for three decades that “one-third of our business comes from the drive-thru. This is one of the only places where you can phone in an order for a T-bone and pick it up through the window.” The new drive-thru is going in on the west side of the building, facing next-door Jimmy’s Serious Sandwiches, with access via A Street to ease possible traffic congestion at the busy intersection. Creasey has also been keeping fans up to date via the restaurant Facebook page (facebook.com/blackanguslittlerock).

And we’re not sure just when, but Great Wall of China, 1501 Club Manor Drive, Maumelle, has closed and the phone number, (501) 851-0666, has been disconnected. Another of our eagle-eyed correspondents reports that a restaurant called El Charro is moving in and that construction has begun.