Trond (Stellan Skarsgård) is a 67-yearold man who, after a successful career in Sweden “pensioned himself off” returns to his native Norway in “Out Stealing Horses,” Skarsgård’s sixth collaboration with Norwegian writer/director Hans Petter Moland.

Lars cannot sleep when his dog has not come home.

So he goes out into the snowy night and calls him. "Poker! Poker!"

Trond, who has just moved into a house down the road from Lars, hears the call. He comes out to see what's the matter.

Lars tells him he is looking for his dog.

"There are wolves in the forest," he says.

This is how the Norwegian coming-of-age drama "Out Stealing Horses" begins.

It is November 1999, and in a few weeks, the cosmic odometer will roll over. If the Y2k Cassandras are right, chaos might ensue. There will be fireworks and a celebration in the nearby village. Trond (Stellan Skarsgård, making his sixth film with Norwegian writer/director Hans Petter Moland) has arrived at a point where he is done with all that. He has come back to Norway after living his adult life in Sweden. He has pensioned himself off to live alone, to read and drink himself "fittingly drunk." He also has a dog, safe inside his house, but we never learn its name.

Trond's wife is dead. Three years ago. Car accident. He was driving.

He realizes he knows Lars (Bjørn Floberg), who tells him a story about how he once killed a dog, a feral German shepherd that was harassing some fawns. His mother gave him the rifle, said "this seems like a job for you, Lars." He did what he had to do, but he vowed never to kill another dog.

Trond recognizes him. And Lars recognizes Trond, though it is not until sometime later when the men acknowledge that they remember each other. They had known each other in the summer of 1948 when Trond was 15 and Lars 10. They nod at each other but don't talk about the old days.

It is the nature of this elliptical and plodding, careful movie that we don't know whether Trond's moving in next door to Lars is deliberate, coincidental or ironic. Is Trond stalking Lars, does he intend to exact revenge for some perceived wrong, or does he feel protective toward the younger man? Or is this just one of those things that happens in this small world, like when you go off to college at a school four states away and discover you played Little League baseball with the kid in the dorm room across the hall?

The bulk of the movie is a series of flashbacks, most to that summer of 1948, when Trond (now played by Jon Ranes) and his father (Tobias Santelmann), whose name we never learn, left Trond's mother and sister behind in Oslo to go off into the woods near the Swedish border to a cabin his father owns and do manly things together. (Trond's father protests that he cannot think around women.)

There is some hard work to be done, clearing the property of sharp-edged weeds, which Trond does with a scythe, disappointing his father, who snatches them out of the ground with his bare hands and declares that we "decide for ourselves when it will hurt."

But there is also time for leisure, to experience rainstorms and to hang out with his friend Jon (Sjur Vatne Brean), a local boy about his age, whose father can't seem to look Trond's father in the eye and whose mother (Danica Curcic) is beautiful and restless.

One of the things Trond and Jon do together is sneak through the woods, find the horses of a wealthy neighbor and take them for joyrides. They call this going "out stealing horses," but they're not really stealing them, just borrowing them for a little while. Apparently the turn has some currency as a local euphemism; during the war, when the Nazis occupied Norway, to go "out stealing horses" was code for committing some act of resistance. Trond's father spent most of the war in this cabin; he would often go out stealing horses.

Jon also has younger twin brothers, one of whom is the Lars who the older Trond runs into accidentally or by design. That's all we'll say about the intricate and somewhat arbitrarily arranged plot of this haunting movie, which you probably will either detest or be absorbed by.

If you watch movies to be comforted by familiar rhythms and the way their chords resolve full and sweet, "Out Stealing Horses" will feel chilly and dissonant. Even if you are familiar with the 2003 Per Petterson novel it is based on (a worldwide sensation), the movie is likely to wrong-foot you at times. It means to keep you off balance.

On the other hand, my wife loved the movie because, she told me an hour into it, she had no idea where it was going.

In adapting the novel, Moland ("Cold Pursuit" and its Norwegian precursor "In Order of Disappearance," which also starred Skarsgård) streamlines it considerably, eliminating characters and major subplots. Yet he presupposes more audience familiarity with the Scandinavian dynamic during World War II than any Hollywood mogul would countenance (Norway was Nazi-occupied; Sweden managed a fragile "neutrality" that involved a daily re-ordering of moral priorities) and fearlessly shuffles between tones, veering from cool macho stoicism to warm ochre sensualism.

There's little ambient sound and no music in the 1999-set storyline, but in the flashbacks composer Kaspar Kaae's score is employed as commentary, with cinematographer Rasmus Videbæk catching light falling through the forest canopy. Moland's obvious model here seems to be Terrence Malick, and even if you find the movie underwhelming and confusing, you might appreciate its discrete moments of beauty, especially in the flashbacks, which are alive with the sounds of oars splitting water, winds rustling grasses, buzzing bees and the rasps of blades being sharpened.

I do not know that we are meant to empathize with Trond, or even to understand his motives. He is decidedly nonheroic, but certainly not the sort of anti-hero we are used to encountering in the movies. He claims he can feel when things are about to change, but he has been through all the changes he can stand. He has endured, outlasted a lot of drama. He thinks his practical-minded father was right, we can decide when it will hurt.

And he knows there are wolves in the forest.

In Norwegian and Swedish, with English subtitles.

Available for rental on streaming platforms such as Amazon Prime and Apple TV. 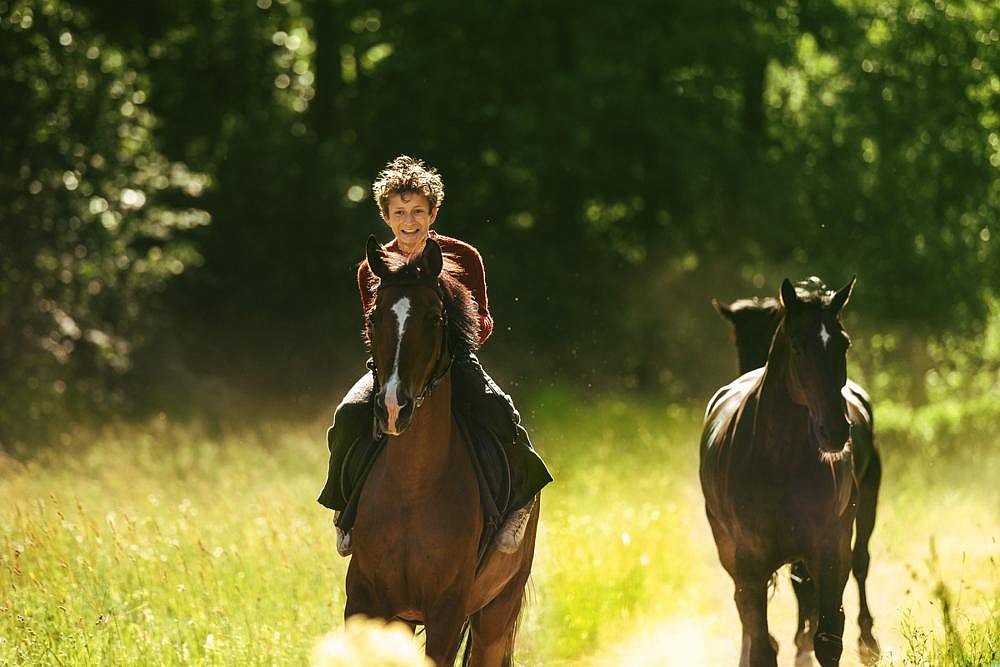 Young Trond (Jon Ranes) spent an idyllic summer in the country with his father when he was 15 years old — then he never saw his father again.
ADVERTISEMENT