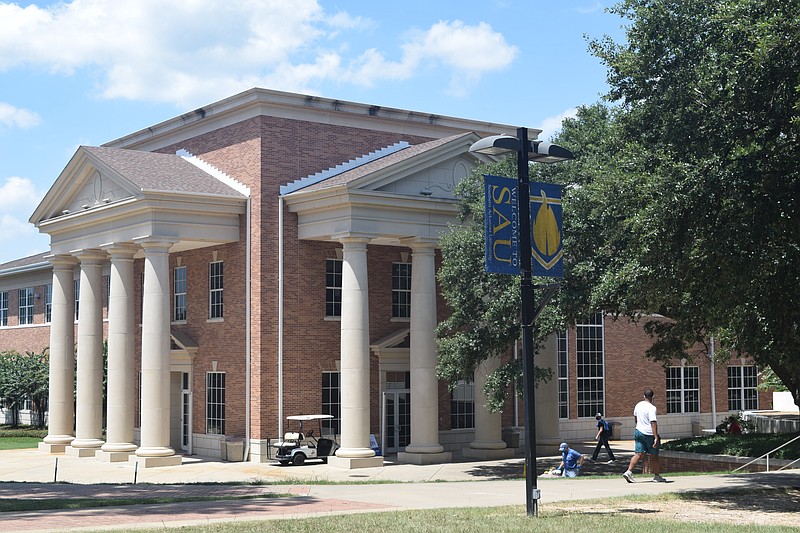 The Donald W. Reynolds Campus and Community Center, seen here on Tuesday, Aug. 11, is across the street from a parking lot on the campus of Southern Arkansas University where a student was killed and another wounded in a shooting on the morning of Aug. 11.

Joshua Keshun Smith, 21, an SAU engineering student from Sparkman, was killed and another wounded in a shooting early Tuesday on an SAU campus parking lot in Magnolia, hours before the start of the first day of fall courses.

The announcement of the arrests came from SAU, which cited the work of the SAU Police Department, the Magnolia Police Department, Columbia County sheriff’s office, the Arkansas State Police and the U.S. Marshals Service in apprehending the four men.

SAU said in its news release the four men will be arraigned at 3 p.m. Monday.