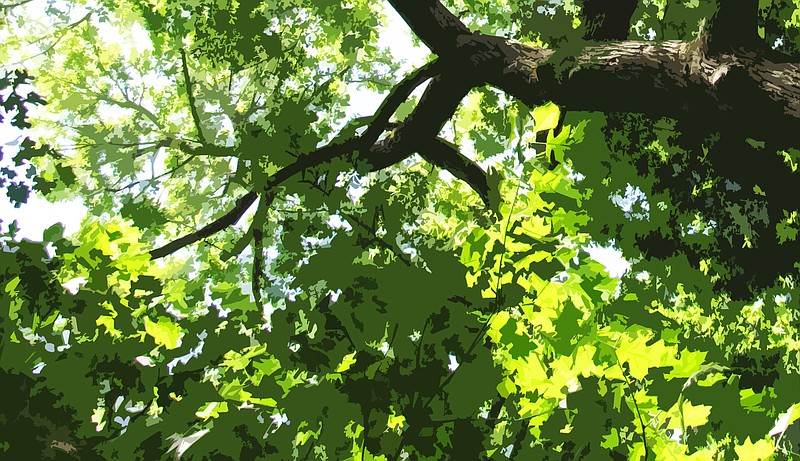 Trees do not pay taxes. Some seem to avoid death as well. Many of the world's most ancient organisms are trees, including a 3,600-year-old cypress in Chile and a sacred fig in Sri Lanka that was planted in the third century B.C.

But a paper published in the journal Trends in Plant Science — "Long-Lived Trees Are Not Immortal" — argues that even the most venerable trees have physiological limits.

Sergi Munné-Bosch, a plant biologist at the University of Barcelona, wrote the article in response to a January study on ginkgo trees, which can live for more than 1,000 years. The study found that 600-year-old ginkgos are as reproductively and photosynthetically vigorous as their 20-year-old peers. Genetic analysis of the trees' vascular cambium — a thin layer of cells that lies just underneath the bark and creates new tissue -- showed "no evidence of senescence," or cell death.

Munné-Bosch said he found the paper "very interesting," but disagreed with the study as interpreted in popular media. "In my opinion at least, there is no immortality," he said.

Those tree species that can live for millenniums have simple body plans and develop modularly, so they can replace parts they lose. They build on their own dead tissue, which provides support and volume at a low metabolic cost. The trunk of a very old tree might be 95% dead, Munné-Bosch said.

The durability of some old trees means they have a greater chance of survival than younger ones, Munné-Bosch said. Still, "everything seems to indicate" that individual trees are mortal, he said.

But others have a different take: "A modular organism such as a tree could hypothetically live forever," said Peter Brown, a forest scientist who runs an ancient tree database, the OldList. "I don't think there is any real physiological or anatomical limitation for them not to just keep going."