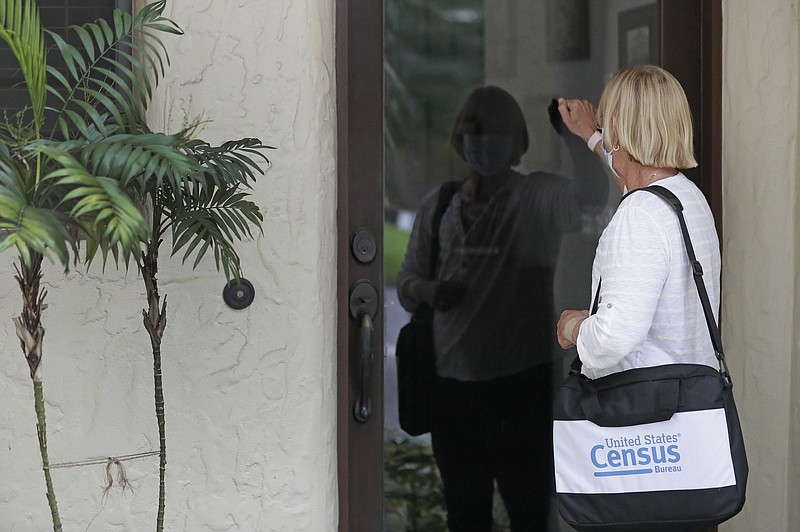 ORLANDO, Fla. -- Workers on the front lines of trying to count everyone in the U.S. have faced unprecedented obstacles in the last phase of the 2020 census: people wary of talking to strangers in a pandemic and distrustful of government; a shortened schedule; administrative snags, and nagging concerns about the quality of the protective equipment they've received.

Out on her first day of knocking on doors in the San Francisco Bay Area, the census taker had limited success getting people to answer the questions on the 2020 census.

Residents at only two homes answered all the questions about how many people lived there, what their relationships were and their sex, age, race and whether they're Hispanic. No one was home at three households, residents at two homes wouldn't give her the time of day, and the rest only answered some questions.

The California census taker and others interviewed by The Associated Press asked not to be identified for fear of losing their jobs -- they are prohibited by the bureau from talking to reporters. Up to a half million census takers started hitting the streets last week to knock on the doors of around 56 million homes that haven't yet responded to the 2020 census. The AP talked to two census takers in California, two in Alaska and one each in Florida and Massachusetts, and the concerns they raised were similar.

Following her training, the California census taker tried to establish a rapport by smiling frequently, but that chemistry was hampered by her mask. She also told them she was just trying to do her job in an effort to win them over. She was taken aback by how reluctant people were last Tuesday, either for privacy reasons or distrust of the government.

At a couple of houses, she knew the family, but even then they didn't want to be interviewed by her, though they were happy to share neighborhood gossip.

Several census workers said they wished the personal protective equipment the Census Bureau gave them was of higher quality. The census takers, also called enumerators, were given white cloth masks, some made by underwear manufacturer HanesBrands, and a small bottle of bourbon-scented hand sanitizer made by a distillery in Oklahoma. Census takers also were told to conduct interviews outside as much as possible and maintain 6 feet of distance from people they interview.

The Florida enumerator said her mask was flimsy and too big for her face. One of the California census takers described the masks as "stretchy" and lacking a filter. A spokeswoman for the Census Bureau said the masks conformed to Centers for Disease Control and Prevention guidelines, were washable and could be reused up to 10 times.

Johnny Zuagar, who is president of a union that represents permanent census workers but not the temporary census takers, said he thought the Census Bureau did the best it could on masks, given the competition from other companies in ordering 2.4 million masks.

"They are trying to do something unprecedented," said Zuagar, president of Census Council 241.

The census helps determine how $1.5 trillion in federal spending is distributed and how many congressional seats and Electoral College votes each state gets.

The 2020 census also has been hampered by a constantly changing schedule. The door-knocking phase was supposed to start in May and wrap up at the end of July, but the pandemic pushed the start for most census takers back to August with a deadline for wrapping up the head count at the end of October.

But the Census Bureau recently announced it would end the count a month early, at the end of September, after requests for deadline extensions stalled in Congress.

Census takers this year have to reach 8 million more homes than they did in 2010, and they have only six weeks instead of the 10 weeks they did a decade ago, according to an analysis by the Center for Urban Research at CUNY. Forty-eight senators, including Alaska's two Republican senators, last week sent a letter to Senate and House leaders urging them to extend the deadlines. 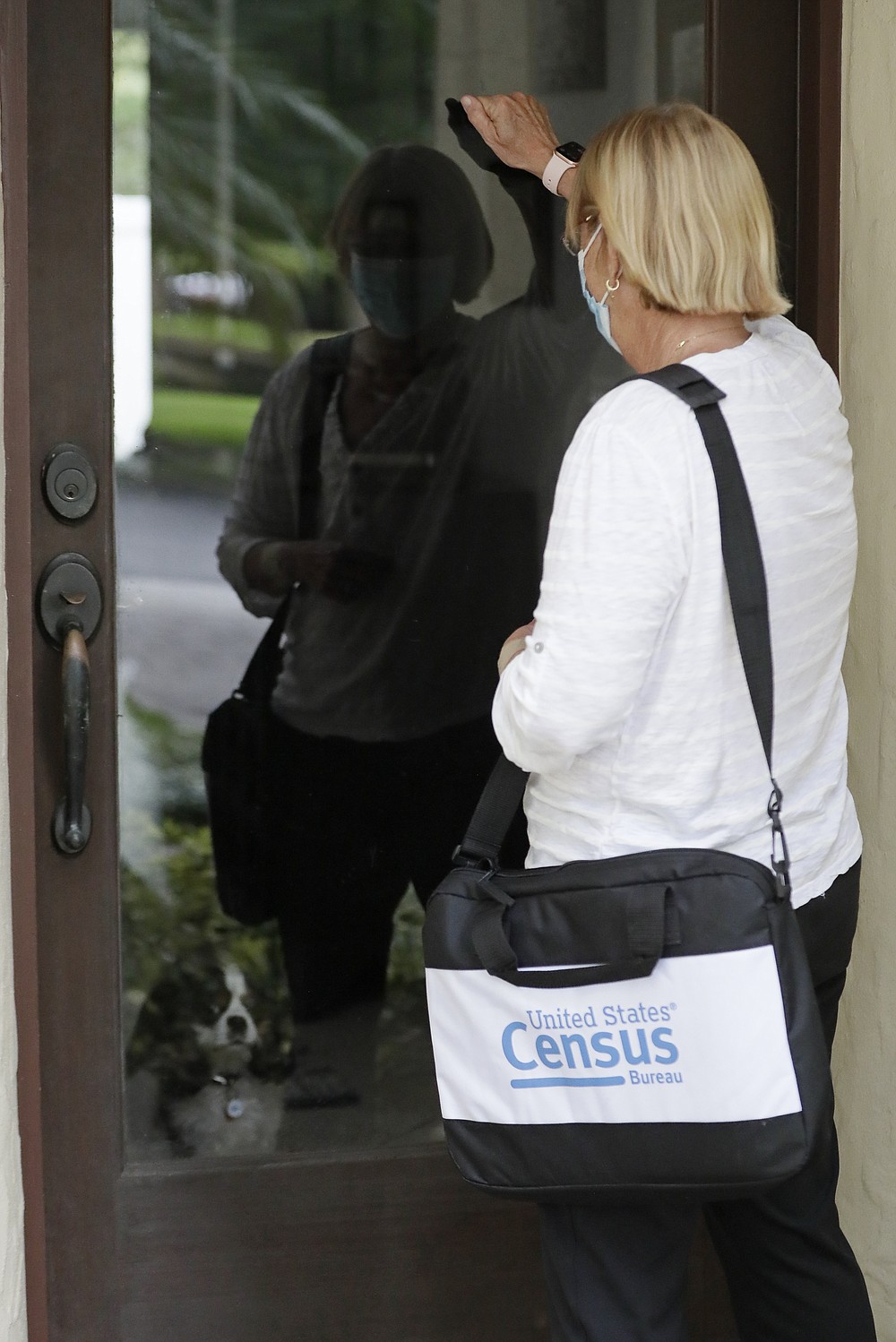 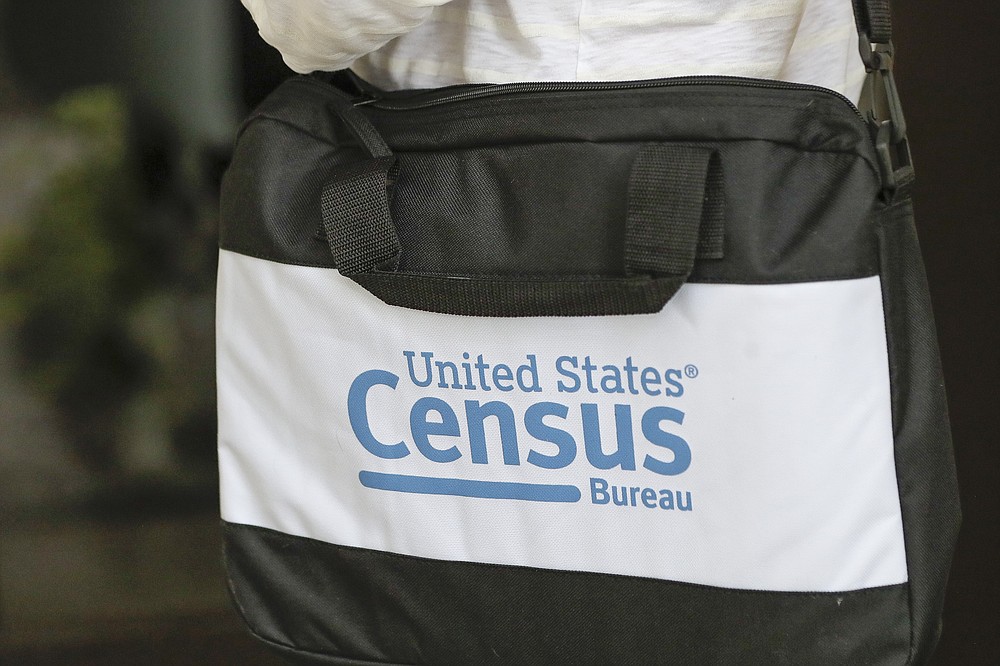 A briefcase of a census taker is seen as she knocks on the door of a residence Tuesday, Aug. 11, 2020, in Winter Park, Fla. A half-million census takers head out en mass this week to knock on the doors of households that haven't yet responded to the 2020 census. (AP Photo/John Raoux) 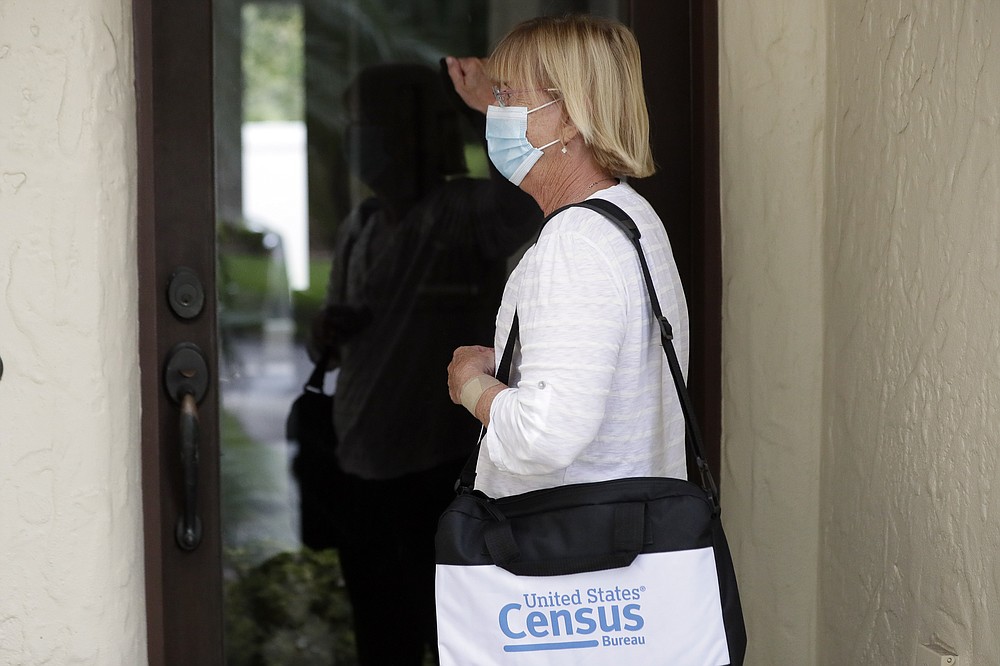 A census taker knocks on the door of a residence Tuesday, Aug. 11, 2020, in Winter Park, Fla. A half-million census takers head out en mass this week to knock on the doors of households that haven't yet responded to the 2020 census. (AP Photo/John Raoux)
ADVERTISEMENT